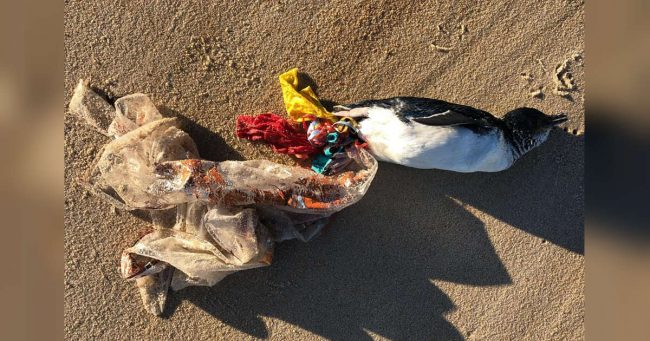 Es we all know every action has its consequences. But, sometimes we don’t think of the possible effects of something that looks completely harmless. Most of us weren’t aware of the fact that releasing balloons can seriously harm animals.

Wild birds, sea turtles, dolphins, and whales, can all become tangled up in balloon strings and even ingest pieces of the balloons.

Wildlife may think that the small, bright pieces of a balloon as food according to the National Oceanic and Atmospheric Administration (NOAA):

“Balloons that are released into the air don’t just go away, they either get snagged on something such as tree branches or electrical wires, deflate and make their way back down, or rise until they pop and fall back to Earth where they can create a lot of problems.

Many balloons that are not properly disposed of end up in the ocean and along shores, becoming marine debris….Balloons can be mistaken for food, and if eaten and ingested, balloons and other marine debris can lead to loss of nutrition, internal injury, starvation, and death.

String or ribbon that is often found attached to balloons can cause entanglement. String can wrap around marine life causing injury, illness, and suffocation.”

An organization called Balloons Blow “provides information to educate people about the destructive effects released balloons have on animals, people, and the environment, and strives to inspire and promote an eco-conscious lifestyle”, explains:

“All released balloons, including those falsely marketed as “biodegradable latex,” return to Earth as ugly litter. They kill countless animals and cause dangerous power outages.

Balloons are also a waste of Helium, a finite resource. Balloons can travel thousands of miles and pollute the most remote and pristine places.

Once they do, they become a danger to any animal that comes in contact with it.”

When Josie Jones was cleaning up the trash from a beach in Australia, she saw a heartbreaking scene.

A wild penguin, with the feet tangled up in a knot of four balloon strings, it couldn’t save himself.

She shared this with a local organization, Earthcare St Kilda, and they explained everything in a Facebook post:

“An entanglement such as this would impair the penguin’s swimming ability, resulting in starvation or drowning. Both the ribbon and balloons are to blame for this death. These were someone’s balloons. Was it worth it?”

Even though we can’t do anything for the poor penguin we can save many others if we start using environmentally friendly alternatives to balloons.

“One of the important steps to protecting wildlife from plastic pollution is to reduce our consumption. In terms of sustainable celebrations, there are so many environmentally friendly alternatives … paper decorations like lanterns or confetti, candles, native (or non-native) plants/flowers and more … It’s so easy; people just need to be willing to say goodbye to old habits.”