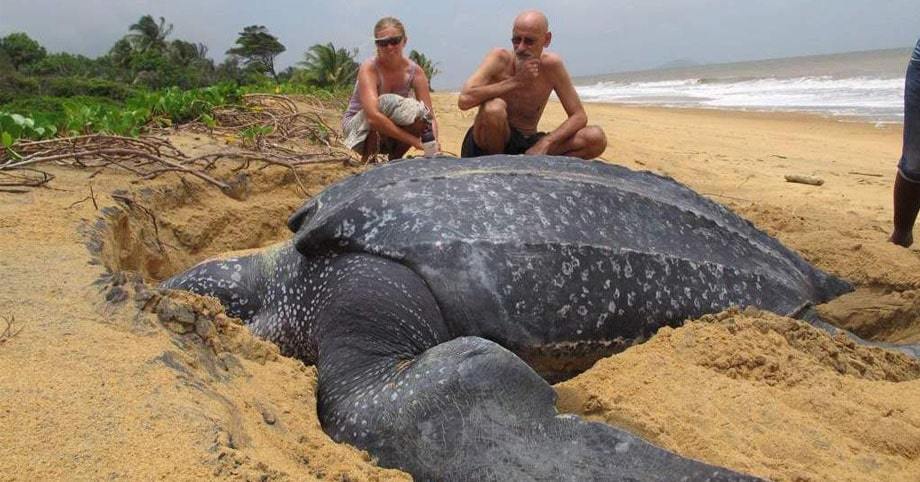 The video shows some tourists are looking at and taking the pictures of a giant turtle sitting in the send.

While a man is shooting pictures of this turtle, a woman is looking at the leatherback turtle trying to reach the waters.

The turtle is slowly leaving the beach and the people are watching the turtle in distance and respecting the animal.

The leatherback reaches the lapping waves and pushes itself into the sea until it disappears after a few strong pushes and a couple of rest breaks.

This was taken in an unknown location and was uploaded to Facebook by Detroit DJ Robin Michael with the caption: “The biggest turtle I have ever seen!” 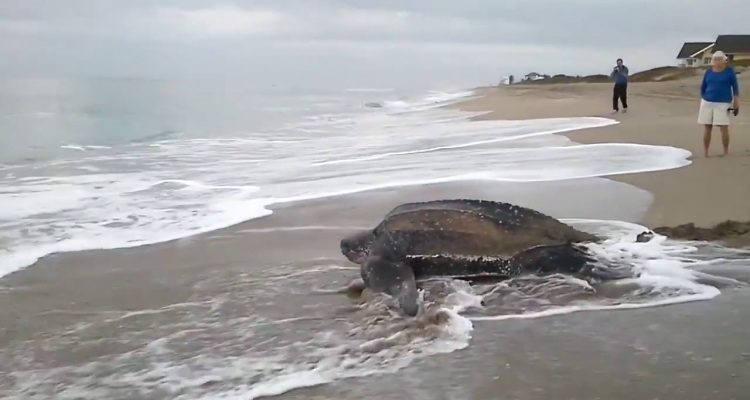 The largest turtles on Earth, growing up to seven feet long and exceeding 2,000 pounds are the Leatherbacks. The only remaining representatives of a family of turtles that traces its evolutionary roots back more than 100 million years are these reptilian relics. The leatherback population is rapidly declining in many parts of the world except the Arctic and Antarctic.

There have been taken several conservations laws around the world due to the decline in the creature’s population.

They are mostly found in Atlantic and Pacific oceans near the equatorial line and off the coast of Central America.

In order to dig nests and lay their golf ball-size eggs in the sand is the reason the reptiles crawl out of the water during nesting season.

This Adorable Puppy Is Stealing Everyone’s Hearts, And It’s Obvious Why