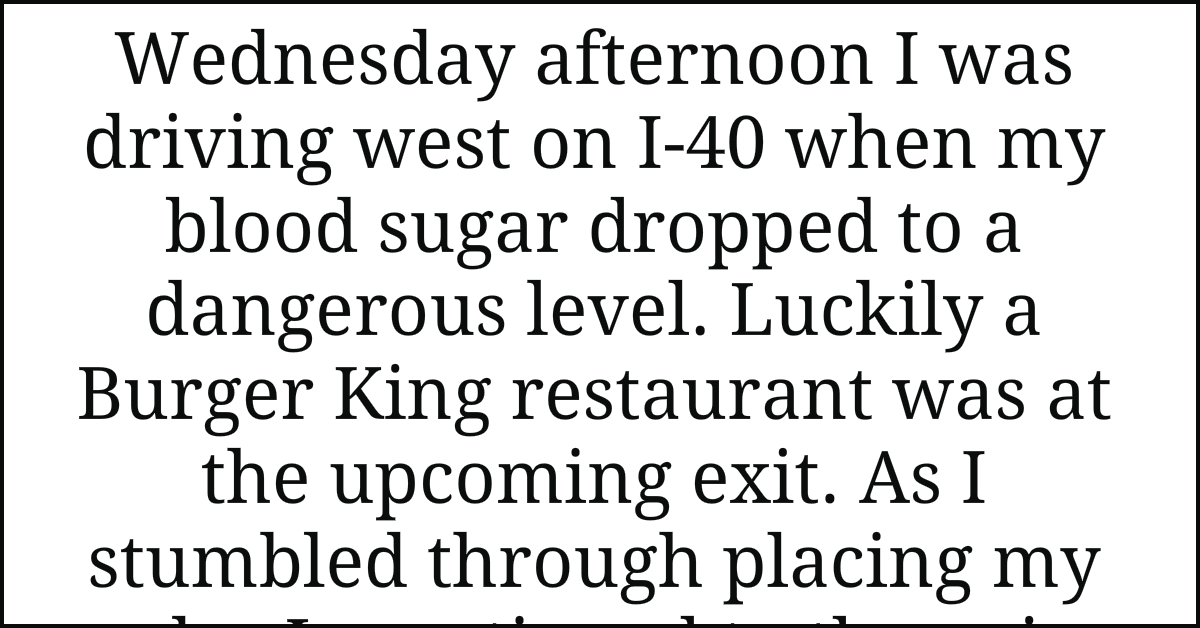 A woman has uploaded a post on Facebook describing an unexpected encounter with a Burger King employee which has gone viral.

Texas-resident Rebecca Boening explained in her post that she pulled up to the drive-thru window to place an order and began stumbling over her words. The Burger King employee immediately left her position surprising Boening by her actions after mentioning that she was diabetic. Here is her post below.

“Wednesday afternoon, I drove west on I-40 when my blood sugar dropped to a dangerous level. Fortunately, a Burger King restaurant was next door. As I stumbled through placing my order I mentioned to the voice on the speaker that I was diabetic and in need of food. Low blood sugar makes it difficult to think or act.

I pulled up to the first window in order to pay for my food. I was shocked to see Burger King employee Tina Hardy running toward the front of my car. She squeezed between the front of my car and the building just to bring me a small serving of ice cream. Tina later explained that her husband was also diabetic and she knew that I needed help. After praying, I stopped at Tina’s window where she gave me my food.

She told me to park in the driveway to be able to watch me until I feel better. After lunch, I waited for a break in business to return to Tina.

I then took this picture and spoke with Tina’s supervisor, telling him what she did for me. Please share this story, if you appreciate what this special woman did. Hopefully Tina Hardy will receive the recognition that she truly deserves from the public and from the big bosses at Burger King.” 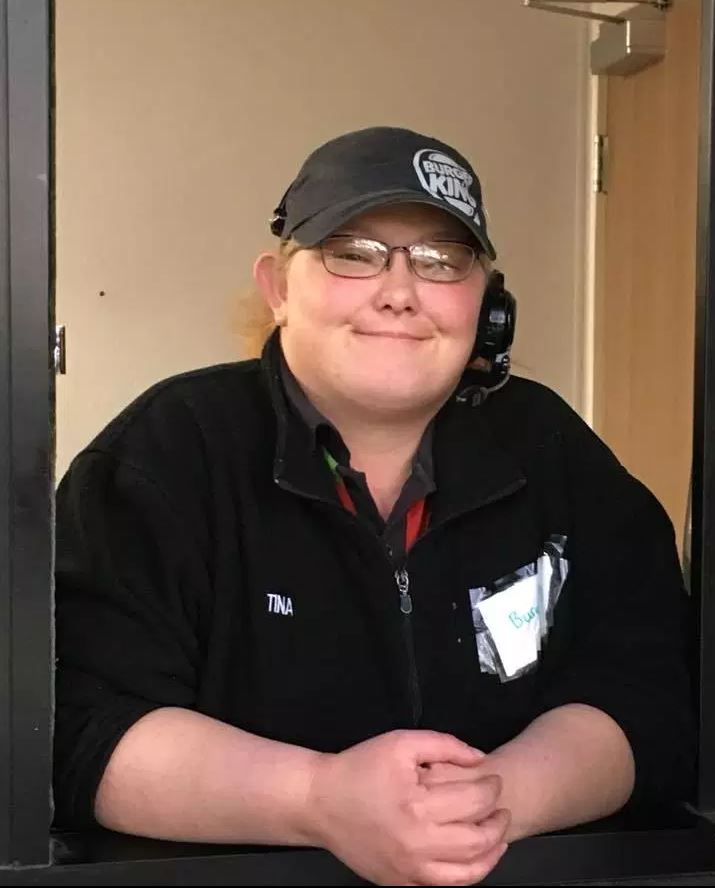 It’s very happy to see such a kind-hearted person in a time when our news highlights all the bad in the world.