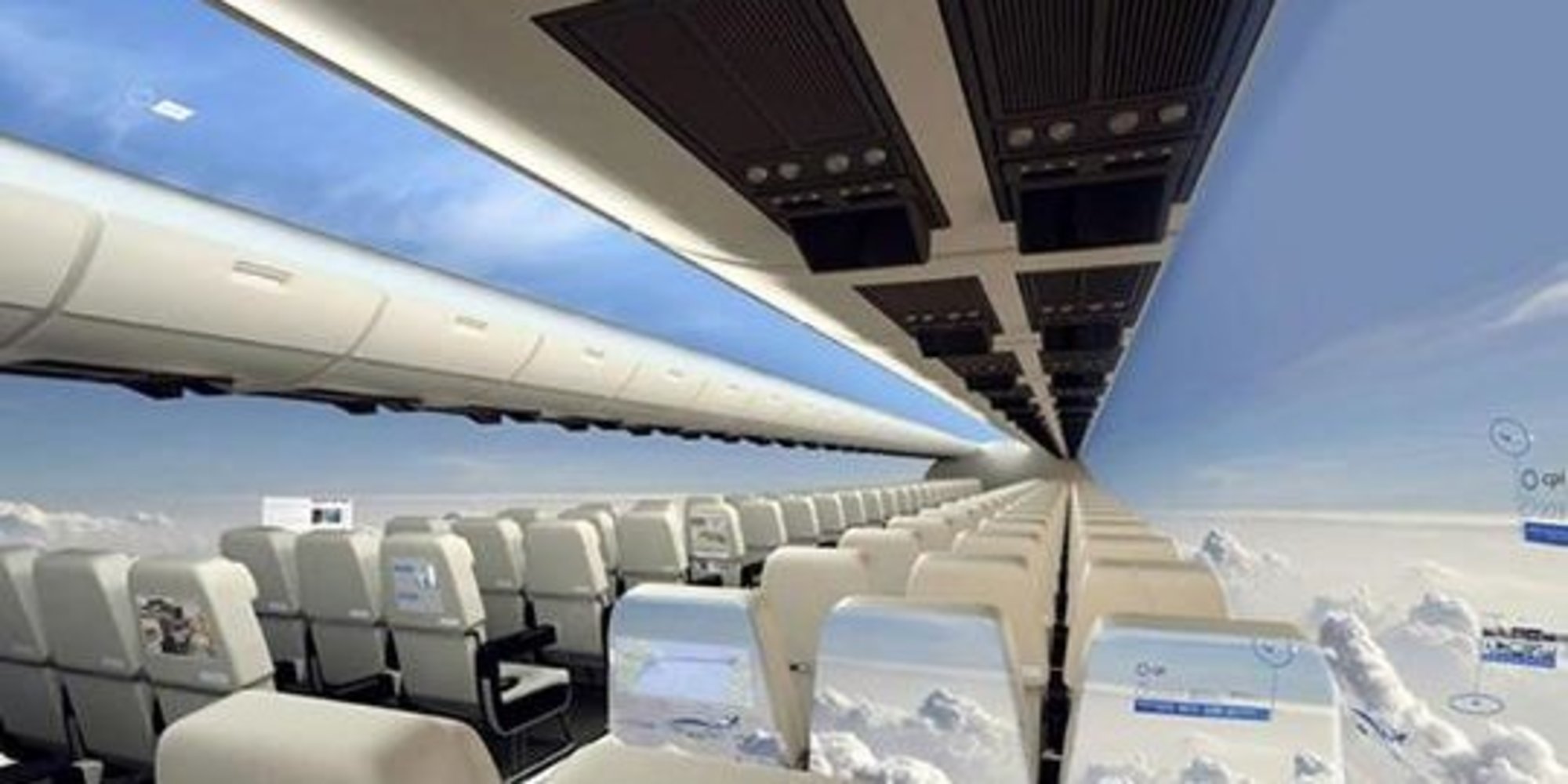 Most of the people prefer the window seat since air travel was invented. But, here is a way to stop fighting over the window seat. A British technology and research firm called the Center for Process Innovation is creating the future of air travel.

The new arrival futuristic planes don’t have windows and it is covered with OLED touch screens and everyone in the plane gets a virtual window seat.

Thus planes could hopefully be a reality in 10 to 15 years.

There are cameras all over the outside of the plane and they are connected with the touch screens. The screens will display the real view of everything around the plane.

You also have the ability to turn the virtual window into an entrainment system if you get enough of looking at the sky.

If you don’t have any idea of OLED-touch screen technology, it is an abbreviation for organic light-emitting diode. It is also a film which is comprised of organic compounds that are capable of projecting light as a reaction to an electrical current.

This technology is currently being used in televisions, mobile phones, and computer monitors. But this would be more advanced by the time these planes are manufactured.

With this opportunity, passengers get the ultimate experience of looking at the view of the surrounding.

The real view of the outside is projected on the screens and this will surely excite a few conspiracy theorists.

But, many people say that the light comes from all the screens might cause some people’s discomfort.

Here is the video, watch it to learn more about future transportation systems.