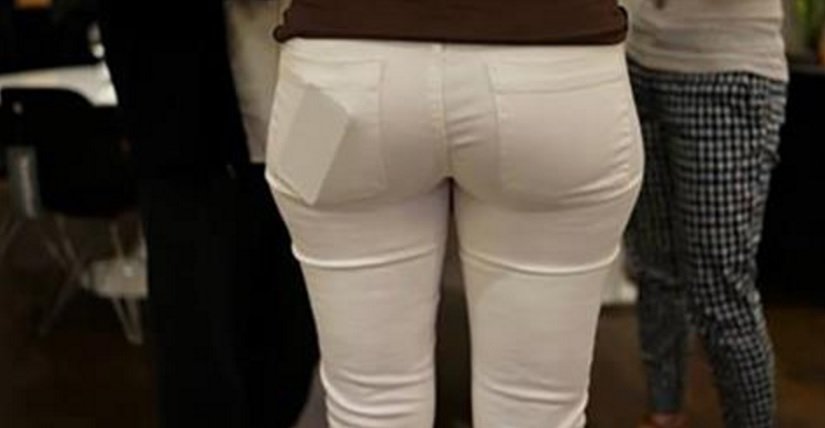 If you can find some time and listen to the video from the Environmental Health Trust (www.ehtrust.org), you will believe the claims that cell phones have a huge impact on our health. In this video, the author of “Disconnect–The Truth About Cellphone Radiation,” Dr. Devra Davis reveals her own findings regarding the safety hazards of radiation emanating from these gadgets.

Until she started studying the matter, she was also suspicious about the claims that cell phones detrimentally affect our health. Now she is finding the best ways to inform the public about the toxicological and epidemiological evidence to back up the fact that cell phones can, in fact, be lethal.

According to her, the biological impact of mobile phones is linked to the erratic nature of their signal. It also has the ability to disrupt resonance and interfere with DNA repair.

Because of the potential effects of cell phones, a young woman developed multi-focal breast cancer without having any predisposing risk factors. In the May issue of the Environmental Health Trust’s newsletter, her case was revealed.

Her breast cancer has caused mainly because of the habit she has of tucking her cell phone into her bra said a team of cancer specialists, Robert Nagourney and John West.

The pattern of cancer and the distribution of the cancerous cells lined up perfectly with the shape of her cell phone and this was quite literally the case. They have said, “We connected the dots.”

This is a warning to all the people who keep their phones in the pants pocket, shirt pocket, and anywhere close to the body. Within about six inches of the emitting antenna is the most dangerous place when it comes to radiation exposure.

Even though the continuous radiation harms the entire body in general, there are certain areas more prone to this exposure.

Wearing a cell phone on the hip may weaken the pelvic area according to a study published in 2009. The research was done with X-ray technique to diagnose and monitor the condition of patients with osteoporosis, measuring the pelvic bone density in 150 men who regularly carried their cell phones attached to their belts, for about 5 hours daily, and this was done for 6 years.

The results indicated that the bone mineral density was low on the side of the pelvis where they carried the mobile phones.

Not only when you use the cell phone, it does emit radiation as long as it is turned on.

It was also found previously that cell phone radiation can affect men’s sperm count, its quality and motility.

According to a study published in PLoS One:

“RF-EMR in both the power density and frequency range of mobile phones enhances mitochondrial reactive oxygen species generation by human spermatozoa, decreasing the motility and vitality of these cells while stimulating DNA base adduct formation and, ultimately DNA fragmentation.

These findings have clear implications for the safety of extensive mobile phone use by males of reproductive age, potentially affecting both their fertility and the health and well-being of their offspring.”

Most of the men carry their cell phone on the belt or in the pocket, where it is near their reproductive organs like the colon, bladder, kidneys and liver and this is very dangerous.

With the steepest rise being after 2001, an Israeli research group reported a sharp rise in the incidence of parotid gland tumors in the last three decades.

According to the principal investigator of a 2008 study, Dr. Siegal Sadetzki, at a U.S. Senate Hearing, testified that mobile phones contribute to salivary gland tumors, and the risk of developing this tumor on the same side of the head that you use for listening to the phone raises by:

As the percentage grows, even 87% of the world population owns a cell phone. And the researchers are talking out against modern technology and its serious biological side effects.

These warnings are slowly acknowledging by people.  The World Health Organization (WHO)/International Agency for Research on Cancer (IARC) issued a report confirming that mobile phones might lead to cancer and classified the radiofrequency electromagnetic fields as “possibly carcinogenic to humans” (Class 2B) on May 31, 2011.

“Dr. Jonathan Samet (University of Southern California, USA), overall Chairman of the Working Group, indicated that “the evidence, while still accumulating, is strong enough to support a conclusion and the 2B classification.

The conclusion means that there could be some risk, and therefore we need to keep a close watch for a link between cell phones and cancer risk.”

According to IARC Director Christopher Wild,

“Given the potential consequences for public health of this classification and findings, it is important that additional research be conducted into the long‐term, heavy use of mobile phones.

Pending the availability of such information, it is important to take pragmatic measures to reduce exposure such as hands‐free devices or texting.”

Since teenagers and children’s thinner skull bones are more prone to the penetration of cell phone radiation, which enters into their midbrain, where tumors are more deadly. So, they are at greatest risk for brain tumors and parotid gland tumors.

As their cells reproduce more quickly, they are more vulnerable to aggressive cell growth. And also they have a far more lifetime exposure.

People who have started to use cell phones as teenagers have 4 to 5 times higher risk of brain cancer as young adults said Professor Lennart Hardell of Sweden.

During pregnancy, cell phones should be avoided as it claimed that it can lead to behavioral difficulties according to research done in 2008. The researchers analyzed data from 13000 children and discovered that the exposure to mobile phones while in the womb and also during childhood can cause many behavioral difficulties.

The risk of hyperactivity and difficulties with conduct, emotions, and relationships can be increased by the time their babies reached school by using handsets just two or three times daily during pregnancy. The risk can be more increased if the children use cell phones themselves before being seven.

According to the researchers, the mothers who used cell phones during pregnancy have a 54% higher risk of having children with behavioral problems. If the children start using cell phone, they;

The cell phones and related gadgets lead to cancer and various other conditions, like diabetes, depression, heart irregularities and impaired fertility according to experts in the area of the biological effects of electromagnetic frequencies (EMF) and wireless technologies.

There are different ways found by them which the electromagnetic fields affect our cells and damage our DNA.

Electronic conduction and self-symmetry are the two structural characteristics of fractal antennas, which lead to greater reactivity to electromagnetic fields than other tissues.

Here the negative effects are disastrous and they are proven, peer-reviewed, published, evaluated, and judged.

“Non-Thermal Effects and Mechanisms of Interaction Between Electromagnetic Fields and Living Matter” published an analysis of the mechanisms of action in November 2010.

According to the research by the mobile industry in the 13-country Interphone study found that the use of cell phones for 1,60or more hours led to a 40 percent increased risk of brain cancer.

Using cell phones for 2,000 hours led to a 540 percent increased risk of brain cancer according to an independent Swedish research published in 2007.

Even though the telecommunication industry is extremely powerful, they make numerous attempts to discredit researchers who publish unfavorable cell phone studies.

A review by Dr. Lai in 2008 declared that the prospect that an industry-funded study can notice “no effect” is 2 to a few times higher, whereas independently-funded studies into the health effects of mobile technology are doubly as doubtless to seek out a positive result.

You must become responsive to the actual fact that the link between cell phones and varied health problems, like cancer, has been scientifically evidenced by varied studies, thus you must begin protective yourself and your family.

The following tips can assist you to minimize the exposure to radiation from cell phones and different wireless devices:

Children must always avoid exploitation Cell Phones: You youngsters ought to ne’er use your mobile phone or different wireless devices.

Limit the mobile phone use: you must flip your mobile phone off on every occasion you’re not exploitation it. As we tend to aforesaid antecedently, it emits radiation as long it is on.

Use a land line at home and at work: select a land line from your computer at home to limit the use of cell phones. Also, Skype offers a conveyable variety via your pc that may plug into any Ethernet port once you are on a trip.

Do not carry it on the body – This maximizes the potential exposure, thus carry your mobile phone in a purse or bag.

Keep your mobile phone far from your body once it’s On: ensure you’re invariably far from the mobile phone once it’s turned on because the most dangerous place is among concerning six inches of the emitting antenna.

Choose the older variant that operates at 900 megahertz in case you want to use a conveyable home phone. In order to be sure that you and your family are safe, measure with an electrosmog meter that goes up to the frequency of your portable phone.

For best results, select meters that go up to 8 Gigahertz, the best very presently offered. Also, the bottom station placement transmits signals 24/7, thus it ought to be placed a minimum of 3 rooms far from the area wherever you and your family spend most of the time.

Yet, it’ll be ideal if you switch the bottom station off nightly before you head to bed.

Your mobile phone isn’t Safer than Another: There are not any “safe” cell phones, as all of them emit radiation. The business promoted SAR ratings are useless as they measure the potential biological danger by heat transfer, that isn’t the manner most injury is done.

Use Safer Headset Technology: Wired headsets are placed farther than our bodies, however in most cases, they’re not well-shielded, therefore the wire itself is an antenna, and attracts close radio waves and transmits radiation on to the brain.

Therefore, the best choice could be a combination of a secure wire and air-tube receiver that operates by transmission the knowledge to the head as an actual wave.

Respect Others: Your mobile phone ought to be turned off whenever you’re within the same space with others, at work, within the workplace, at a gathering, at the cinema, at the doctor’s, on public transportation, and all told public places.

Make sure it’s invariably turned off once you are with youngsters, as they’re the foremost vulnerable to the radiation.