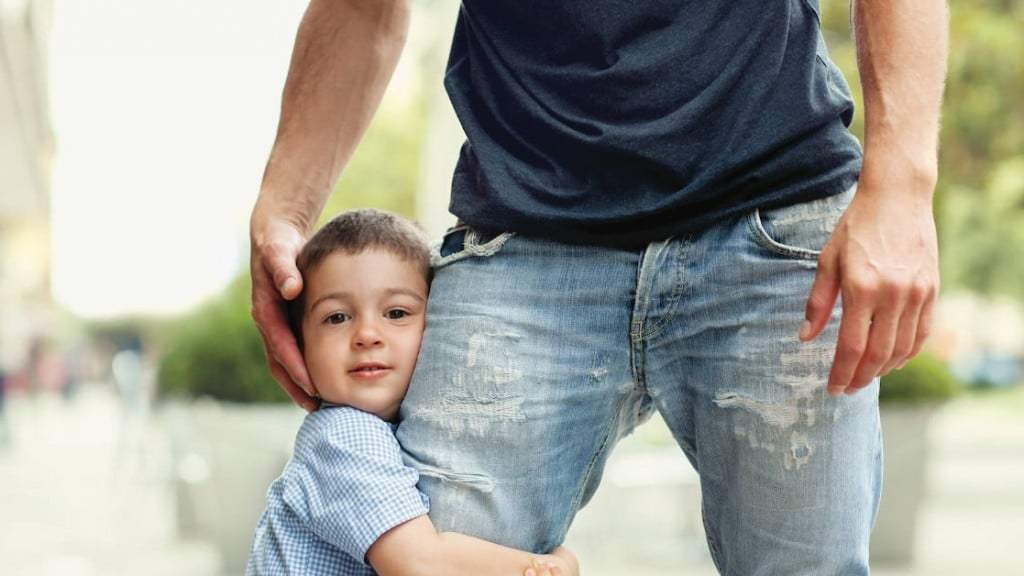 My husband always joked, “What am I – chopped liver?” our then-toddler liked me more than him, even though he’s doing dad’s job well.

He always invested in our kids, but still, he couldn’t make our son pay any attention to himself. He’d do anything, playing games and other activities, but the toddler has nothing to do with him. But, luckily, I was the one who has to do everything.

Our partners were real patients with them and our kids prefer them over us. They were very talented in everything of our kids.

Maybe your toddler prefer dad over mom and you may think he doesn’t like you at all.

When your toddler prefers one parent

As parents, me and my husband new that they go through stages of preferring one parent over other. But, we tried to make changes instead of waiting doing nothing. We even didn’t do anything that makes our son harder to rekindle with his dad.

It’s really a hard situation when toddler prefers one parent over the other. And here what we did to rebuild and reestablish their bond:

Don’t give in to your toddler’s demands

The first mistake we did was the toddler only needs me to change his diaper. It will only reinforce whatever beliefs he might have about his preference when you give in to your toddler’s demands that you, in particular, take care of his needs. Then he chooses only mom to do his everything.

If he has a meltdown, he’ll also learn that his parents will give in. He’ll also learn about the power of throwing a fit when we pick our battles now and then.

It will send the message that he can take care of your child just as well as mom can by changing a wailing toddler’s diaper even though it may not be the quality time dad had hoped for.

By giving dad the opportunity to change the diaper just without doing it by yourself, toddler will less likely to resist dad’s participation.

Avoid punishing your toddler for feeling this way

Remember that, you should not punish your toddler for feeling this way.

He may be at the stage of developmental changes that surface as separation anxiety. Remember not to discourage or make him feel guilty for doing that.

Rather than taking away his favorite toy for refusing to go to the part with dad, explain that he’s taking him out to play. Describe how he feels: “You look sad because you want to spend time with mommy.”

Don’t rush him through them, but acknowledge his feelings. Let them know that, you love him no matter what happens, and then he’ll feel less terrible.

I used to go to work before our son woke up and my husband had to handle him on his own.

Because of that regular time, our son got the idea that both of can take care of him. He spends some time with his dad doing regular tasks. They didn’t have any option instead of that as I was not at the home.

Not only this daily regular time, can they also have a weekend ice cream or playing at the park in the evening.

By letting them be together for some long time will make their bond a strong one.

Include dad in household work

If you want to ease the toddle mommy attachment at home, you should get dad involved in household works.

Everywhere, mom has a great time with the kids and does household works. You don’t want to divide duties, but you can have an active participation with dad too.

By designating dad chores, you can do this. When dad does some tasks like bathing your toddler, feeding him and others, it let the toddler think that dad also does certain tasks to do when he’s home.

It will also make the path to less likely to resist. If he realizes that dad often does it he won’t demand that mom change his diaper.

The toddler also realizes that dad is also helping out and caring about him no matter the hours he spends at home.

Stay in the background

Every mom is a gatekeeper. We are the one who exactly knows how to tuck our toddlers in bed, which toy they like to bring on play dates, and how they like their pasta cut and even corrects our partners when they do it “wrong.”

But this will make the toddler think that mom is in charge, not dad. He’ll also resist spending time with dad when they get the idea that dad has no idea of what he’s doing.

This will also undermine your partner’s capabilities. You should also give them the chance to do things even of toddles resists it at first. It may be also different that what you do, but let them do it in their own way as this is a partnership. And this will make you and your toddler more confident. When he does things differently don’t undermine as dad is better attuned to your child’s needs.

How to finally stop losing your temper with your child?

You lose your temper with your child by exhausted and feeling guilty. You can stop losing your temper if you start from the inside out and change from within.

Without His GF Noticing, A Boyfriend Puts Engagement Ring In Front Her As Many Times As He Can

Flower Girl Dances In Front Of Everyone Then The Song Changes And They All Lose...