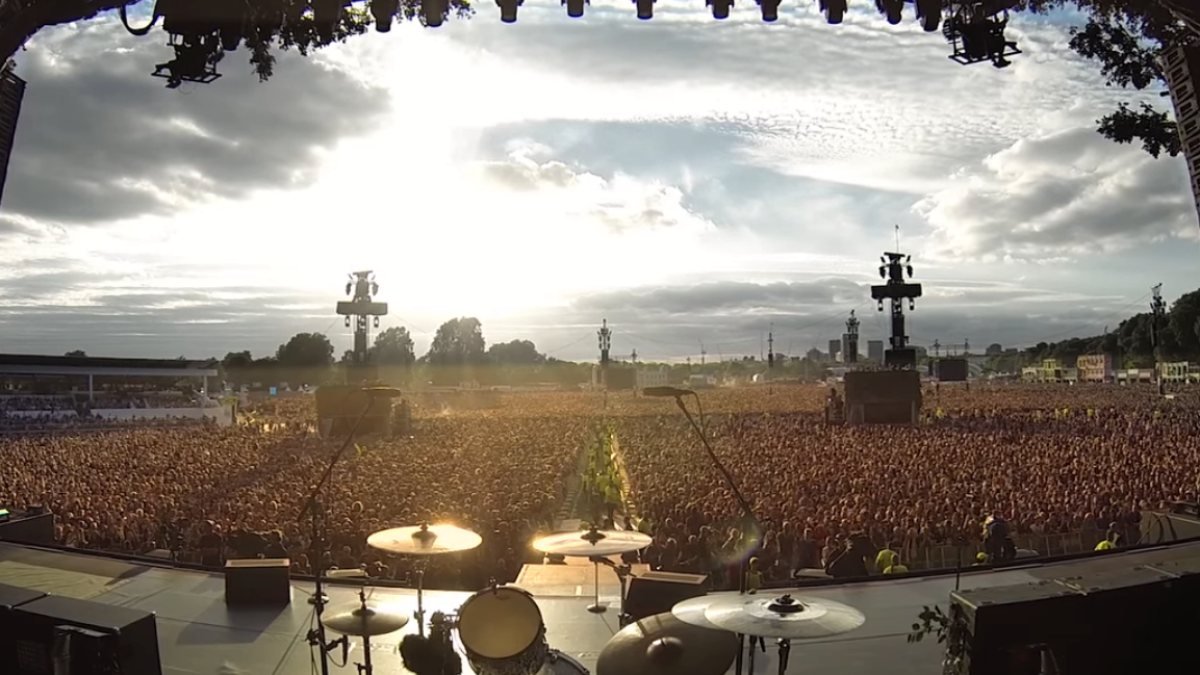 They even hummed out the guitar solo.

65,000 Green Day fan blared out Queen’s Bohemian Rhapsody on the speakers as they eagerly waited at London’s Hyde Park on July 1 for the punk rock band to set up the stage and start playing.

All 65,000 fans passionately sang matching Freddie Mercury’s voice note for note while many of the audience even hummed out the guitar solo.

It was perfectly recorded from the stage and captured the crowd’s enraptured rendition of the song. As its sing-along, Bohemian Rhapsody has earned a name for itself as one of the most popular numbers in the world.

The video will cover as for anyone who knows the song or loves singing it in goosebumps and many viewers cried. One person commented, “It’s just so emotional because all those thousands of people who don’t know each other are just unified by music.” Another person commented, “Only Queen can rock an entire stadium without even being there.” Another joked, “Imagine standing there not knowing the lyrics.”

In 2013, at the Emirates stadium before a Green Day show, a similar scene occurred.