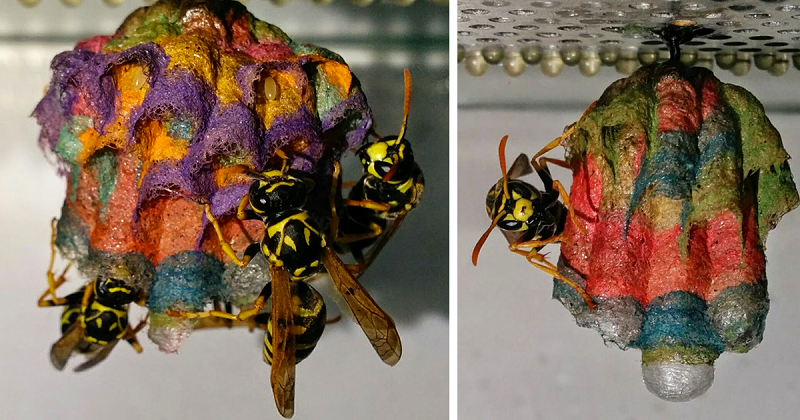 Everyone doesn’t like Wasps as they are not much friendly with people. But you need to know that they all are not aggressive too. There are also some downright hippies. Here are some psychedelic nests to prove themselves.

A biology student at the University of Florence, Mattia Menchetti conducted an experiment and they’re the product of it.  He gave these insects a captive colony of European, different colored paper over time, in order to construct their own kaleidoscopic houses. Here is the result of it, and it’s really amazing.

Even though this experiment was deliberate, it is really a surprising interference with the insect world. In 2012, some similar thing happened in France; beekeepers were surprised to see that their bees had created green and blue honey as these insects has used sugar collected from the shells of M&Ms at a nearby waste-processing plant.