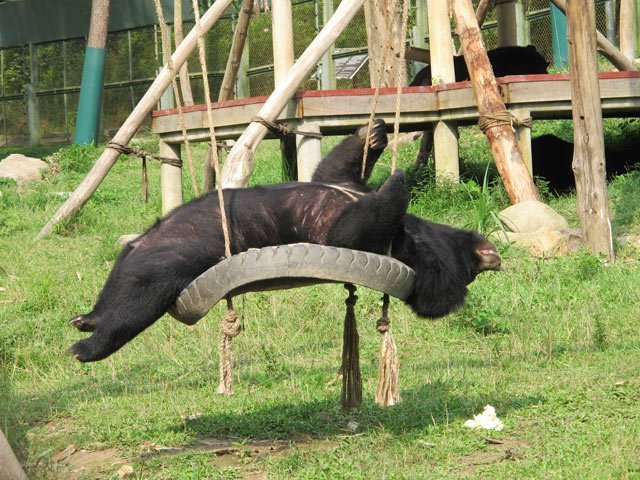 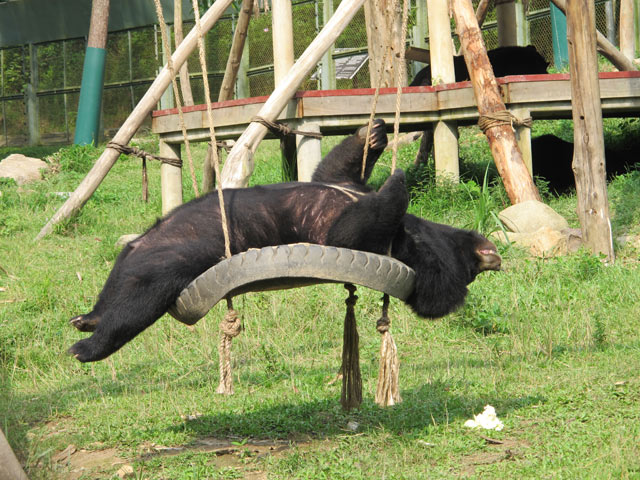 Tuffy has spent several years in barbaric conditions that consisted of a being held in a tiny cage for the entirety of his life. It is a very small cage that he couldn’t turn even around. And it was recently freed from captivity.

In order to extract their bile for pharmaceutics, bears are kept in horrendous conditions and bear bile farms are the vile farms in Asia. A liquid from their gallbladders was collected by bile harvesters and in farming, there’s a sector which involves the daily extraction of bile from live, caged bears via catheters or holes in their bodies. Tuffy also had to face this sad situation and its gallbladder was so severely damaged that it had to be removed and his paws were brutally cracked from having never touched the Earth. Because of damage caused from biting the iron bars he was trapped in he also had to have three fractured teeth removed.

The bears are kept in tiny cages, and also they are dehydrated and deliberately starved in order to get more bile because starving bears produce more bile. Across the Asia, there are an estimated 14,000 bears are being held captive.

The bile farming is going to be end with the help of Animals Asia, a Hong Kong-based charity group that seeks to end cruelty to wild and endangered species across the continent. Already they have saved hundreds of bears and they vow to keep going until every bile farm across Asia has closed. Here you can learn more details about this awesome organization or you can get involved here.

Animals Asia Bear Manager, Louise Ellis said, “Coming from years of little or no water, for Tuffy this must feel like a true oasis after being parched and in pain for so long.”

Tuffy chose to spend his first night’s sleep under the stars instead of returning to his den on Tuffy’s first night at the award winning sanctuary.