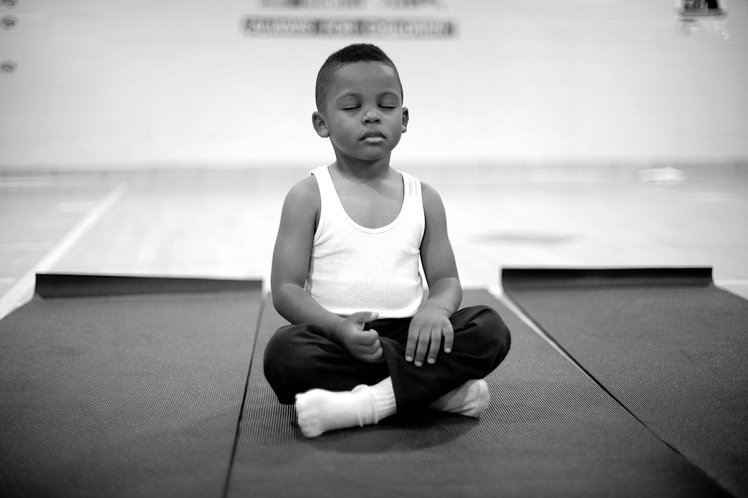 What do you do if you’re working at a school and one of the kids is starting to act up?

Traditionally, you would give the unruly kid detention or suspension. But you won’t think that it’s a good idea of asking a stressed, angry or upset child to sit on the floor and meditate.

But, Robert W. Coleman Elementary School in Baltimore, Maryland has employed this strategy and happily it is working.

There were not a single student has been suspended since the start of last year in the primary school.

The key to their success is the school’s decision to focus on meditation as an alternative to detention.

There is a ‘Mindful Moment Room’ in the school instead of sending children to stand outside the classroom or giving them detention.

The room has been an unqualified success which has been created in partnership with local charity the Holistic Life Foundation.

‘It’s amazing. You wouldn’t think that little kids would meditate in silence. And they do.’ said Kirk Philips, the coordinator of the school’s Holistic Me

The children meditated before they were given presents in their Christmas party and it was a great example.

According to Mr. Philips, ‘as a little kid, that’s got to be hard to sit down and meditate when you know you’re about to get a bag of gifts, and they did it! It was beautiful, we were all smiling at each other watching them.’

This is happening all over the world, not only at one school, it also has incredible results.

For example, the Mindfulness in Schools Project in the U.K. is teaching adults how to set up programs. Another nonprofit Mindful Schools is helping to set up similar programs in the United States. These schools are also seeing tangible results from this program.

It’s impossible to say that this happens wholly from the mindfulness practices, but those are pretty remarkable numbers.

SHARE this article far and wide to give this message worldwide and more schools take up this method and incorporate it into their systems.