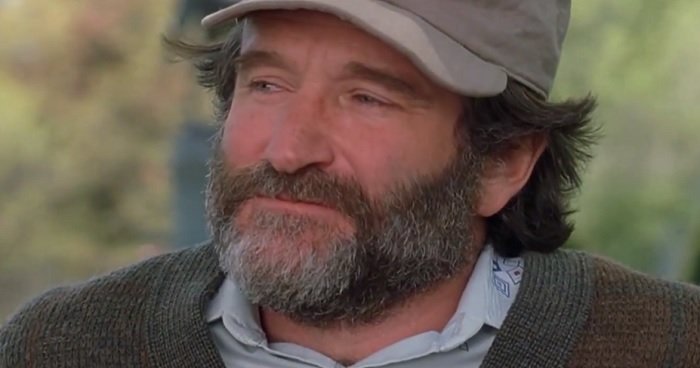 It was a story of a 20-year-old South Boston laborer Will Hunting, an unrecognized genius who, as part of a deferred prosecution agreement after assaulting a police officer, becomes a client of a therapist and studies advanced mathematics with a renowned professor.

While his therapy sessions going on, he re-evaluates his relationships with his girlfriend, best friend and himself by confronting his past and thinking about his future.

Robin Williams exposes a most important lesson that we all need to hear in one particular screen.

It’s a common fact that judging people by their looks.

Here is a really good explanation by a cop which I heard the other day. He said that they must judge a book by its cover. As he says a suspicious person, probably wearing a hat, shades, inappropriate, oversize, loose-fitting clothes, carrying packages etc. The point here is in order to protect ourselves that it’s in our natural instinct to “judge a book by its cover”, but people mainly use it for wrong purposes.

Every human being is different to each other and we have different stories behind us. There are also certain people like demons and we all have to fight them with too.

We see the world in a different way than others do. Even though we look for the same thing, the perspective will be different as we all have a different point of view.

Robbin Williams’ lesson of the monologue is a most powerful lesson we all should learn.

“And if I asked you about love you probably quote me a sonnet. But you’ve never looked at a woman and been totally vulnerable. Known someone could level you with her eyes. Feeling like God put an angel on earth just for you. Who could rescue you from the depths of hell?”

Thanks to Script to Screen for this video and make sure to follow them for more!

Watch the entire video below and grasp the most powerful lesson ever told: