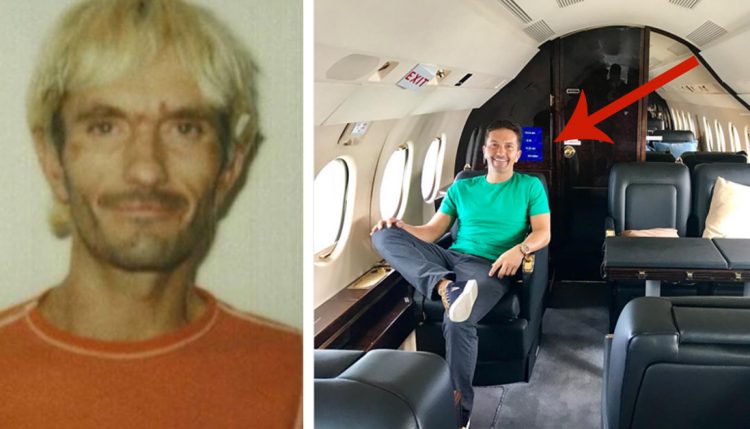 According to the estimations, it has proved that around 185,000 people are affected by homelessness a year in England. It is really hard for many of them to escape from it. It is also reported that eighty-six percent of them suffer from some mental issue and die 30 years younger than average.

Khalil Raftai was a homeless American man and was addicted to heroin in thirteen years ago. Living in Los Angeles’ notorious Skid Row, he weighed just 106 pounds and was covered in ulcers.

In his book, I forgot to Die, showed his inspirational story, how he managed to become a millionaire by becoming the owner of the juice bar chain SunLife Organics.

In 1990s he has moved to Los Angeles to run a business selling cars. Then he began dealing drugs and addicted to heroin and also became addicted to the class-A drug.

In 2001, Rafati nearly died when he intentionally overdosed on heroin at a house party in Malibu. He started to living on the streets after two years serving a stint in Los Angeles County Jail.

He said that “I reached the bottoms of all bottoms. There was no more digging left to do; all of my shovels were broken. I was done.”

Rafati became dedicated to sobriety and getting his life in a better place in this lowest of ebbs.

Surround yourself with people who are f*cking awesome!!!!

He founded Riviera Recovery, a transitional living facility for drug addicts and alcoholics after going sober. When a friend introduced him to ‘juicing and superfoods,’ his life turned around.

He began to make his own smoothies and selling them to his patients.

“It was meant to rejuvenate and strengthen the patients, and give them some much-needed strength.” He told The New York Times.

“Lethargy in sobriety is pretty brutal, especially if you’re coming off a long run with hard-core drugs.”

Not only his patients, residents from around Malibu began buying them as his smoothies were so delicious.

He said, “So many outsiders came to Riviera Recovery just to enjoy one of my smoothies; it even became a bit embarrassing since many of these people were not part of the Riviera Recovery program”.

Then he decided to open his first juice bar, SunLife Organics. It has spread becoming a chain across six locations in Los Angeles.

Thanks to the chain, from living on the streets, Rafati became a millionaire. He hires people to work in his stores who are in need of help he was searching for 13 years ago.

One of who addicted to OxyCotin before moving to Los Angeles, Cache Coelho said that, “Right from the start he was trying to better my life, he pushes us very hard in a father-like sense.”

For his first store, his theme was to ‘love, heal and inspire.’

So, share this article in order to help him on his mission and to inspire others.