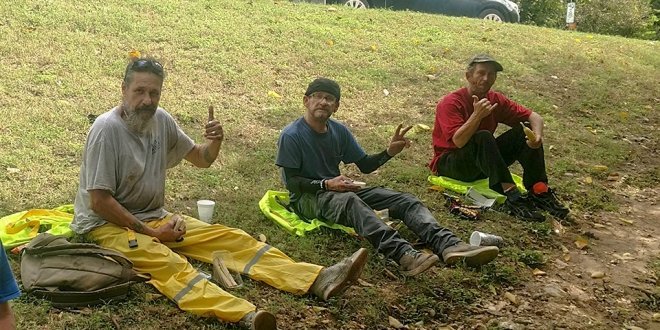 According to the calculations from the US Department of Housing and Urban Development in 2018 around 553,000 people were homeless.

This fact gets worse because a permanent address is required for most jobs. So, there are many problems of homeless people finding employment — worsening the unemployed situation.

The OOF (Other Ones Foundation) has decided to help these people with a job, allowing them to have the basics to be independent, providing them with support, accommodation, and sustenance.

OOF doesn’t ask employees to provide a permanent address and they grants jobs.

There are jobs from cleaning the environment to maintaining works of art public, to the optimization of subsidized housing and the assistance of protected animals.

A property called Golden Road is provided to the homeless by this organization through which they can use daily services such as eating, showering, sleeping, amongst other things.

OOF gives a salary of $ 15, along with lunch and driving to the workplace.

According to the members of the Austin City Council, this program has grown remarkably compared to that of 2018. They also said that this project is very useful to the poor and homeless.

The OOF has helped many homeless with approximately $100,000 in about one year. With the help of OOF, some of these employees are having a fixed address and a stable abode.

The Austin City Council members first launched the program in September 2018. Family Eldercare Inc., which oversees OOF, was assigned $720,000 which is over seven times the number that the city granted them when the project was initially introduced.

The program has get people off the streets and into jobs. It has also given them a sense of hope and self-worth and also their dignity back.

Chinese Proverbs That Will Change The Way You See Life