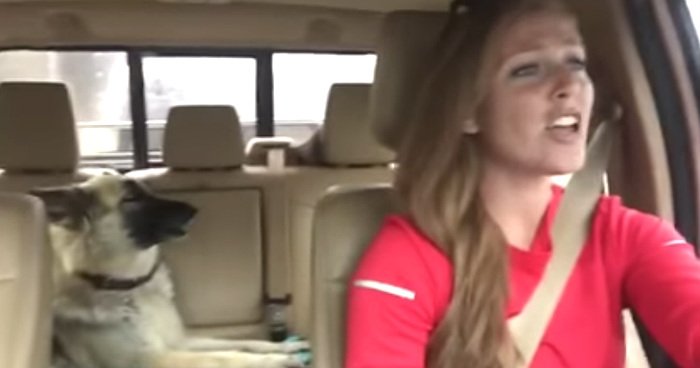 Some of the studies have shown that dogs have a kind of preference when listening to classical music and they were more relaxed and quiet at that time. Though they were not interested in pop music or radio shows, they started barking when heavy metal was playing.

Music also has the ability to help dogs who suffer from separation anxiety issues or anxiety caused by noises and other forces like, thunder, constructions, and fireworks.

According to a certified professional dog trainer at Cold Nose College in Murphy, North Carolina, Brad Waggoner says, “Studies show that classical music has a calming effect on most dogs and heavy metal elicits stress-related behaviors,”.

Here is the best and the funniest dog video I have ever watched.

We all sing under shower even we have the most terrible sound. It usually solves all the mysteries of life in our head.

Annie was going on a road trip with her dog Lola and made a fantastic duet when “We Are the Champions” came on the radio.

She was silently staying in the car at first without singing along with Annie. But Lola couldn’t keep her voice shut when the song reached its peak.

It was a video that went viral.

Thanks to Annie and Lola for this amazing video!