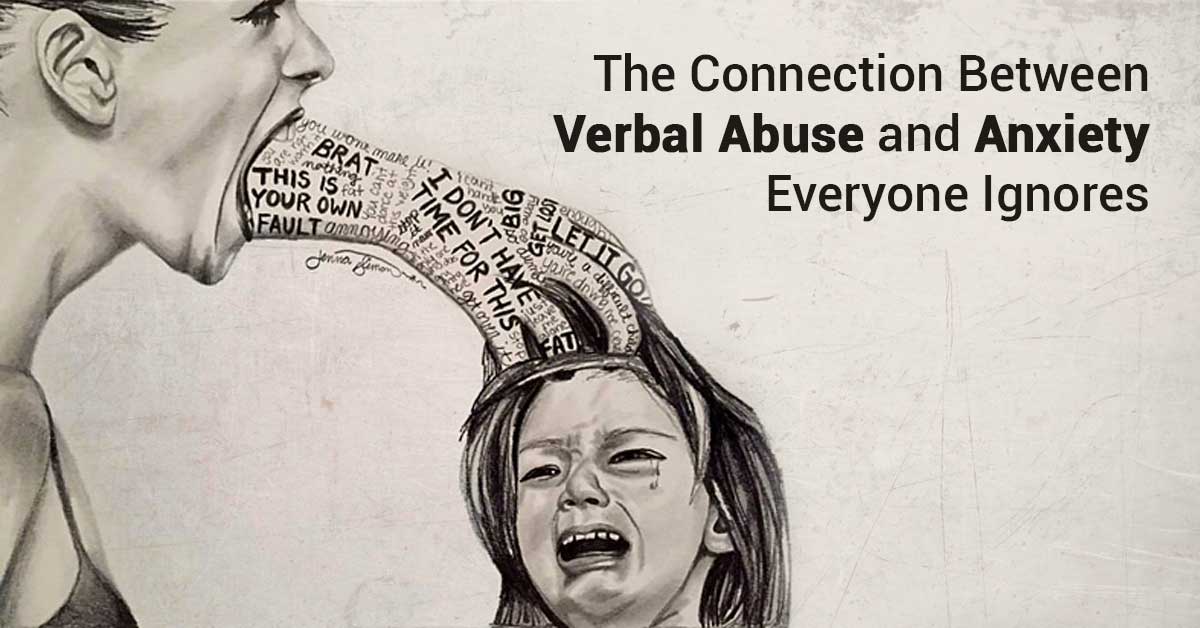 Anxiety is related to long-term mental abuse. Mental disorders can be developed by going through a trauma and a lot of stress results. But, the most common one is anxiety. Most of the people ignore the verbal abuse.

It’s a common fact that we all know that insulting, yelling, and disrespecting a person may cause harm to them. Verbal and physical abuse always goes on the same level of harmfulness.

Verbal Abuse is the Worst of All

Real-life verbal abuse and cyberbullying are both seriously dangerous. Science proves that it affects both hemispheres of the human brain. When some is being abused since childhood, it can cause many problems.

Verbal and Mental Abuse Are the Same

Someone’s emotional state is being affected when they are abused. Not only mental abuse, verbal abuse has a negative impact on people’s mental health. It can also affect someone’s everyday life too.

If you have experienced this at once in your life, you know how hard it is and how seriously it affects your life and even with your relationships. Here are some symptoms that you should know.

Can You Notice Verbal Abuse?

When someone tries hard, abusers usually never abuse. They never think that things that others do are good enough. People feel empty on inside and they don’t have an aim by being abused.

Most of the time, abuse happens behind closed doors. It can happen at work, home or school. They choose to abuse others at places where no one can see. This can lead to severe trauma.

An abuser may feel that they have no control over the situation when someone is feeling good. So, they make that person sad again, as it makes them happy. Don’t let them to change your mood.

Abusers use name-calling to manipulate other people which is also harmful.

They never apologize for things they do wrong. They think that they’re always correct and best. An abuser doesn’t also need any discussion.

Abusers will attack to your hobbies, interests and things that you like. This will lead a person feel worthless and may even end up lying.

They always blame others for everything. it will lead the victim feels like they are not good enough and that may be damaging.

Even if making jokes at someone’s expense is entertaining, sometimes it is not. It may lead to causing harm to the person affected if it is done without consent and permission.

Victims usually avoid socializing in order to keep themselves safe. Making jokes at someone’s expense may appear entertaining, but sometimes it is not. If it is done without consent and permission, it may lead to causing harm to the person affected.