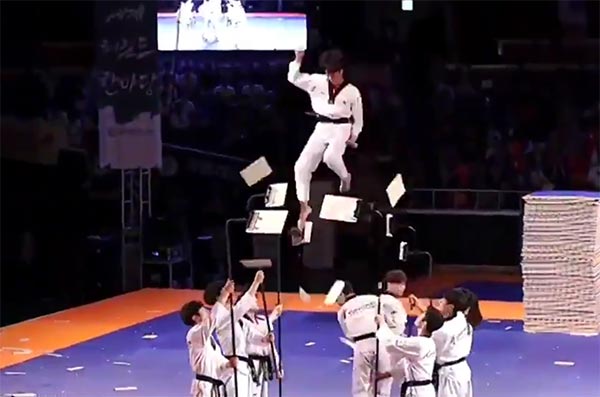 Here is a video of the South Korean Martial Arts team which was a sensation on the internet has impressed everyone with their jaw-dropping skills.

At the opening ceremony of the World Taekwondo Hanmadang on July 28, which is the world’s leading authority on Taekwondo, the Kukkiwon Demonstration Team performed these amazing stunts.

Even though there were 50 countries in this tournament, this was perfect at beyond every performance.

The footage was first uploaded by YouTube user ericdaryl. And it gathered over 21 million views in a shorter version of the performance was put up Korean DramAmazing Facebook page where.

And the whole internet is going absolutely gaga over the performance.

It’s really delighted to watch the perfect synchronization between the team and how gracefully they perform every single movement.

You just feel that this is like sorcery, but you should watch this flawless.

This is a performance which is full of skills and the uniformity of the team and the precision makes it perfect.

Just watch the whole video below: