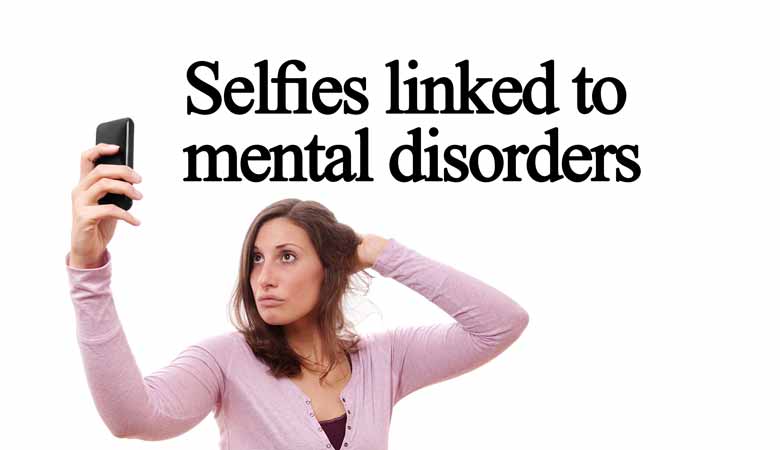 Now ad day selfies has become more popular around the world. So, many scientists did different researches and found that there’s a line between selfies and a variety of mental issues.

Two people out of three with BDD (Body Dysmorphic Disorder) who was working with since the beginning of the era of camera phones had a strong urge to take selfies and put them on social networks said Dr. David Veal, a psychiatrist. And the patients are being taught to realize the real reason behind their obsessive behavior using cognitive behavioral therapy.

The first diagnosed selfie addict in the UK is Danny Bowman.

He was actually in a serious condition and even leads him to suicidal thoughts and even attempt for one. The reason for the serious action was that he couldn’t take the perfect selfie even after 10 hours a day spent on taking selfies. He was 19 years old at that time and even dropped out of school. He didn’t want to leave the house for half a year and lost 30 pounds. He starts the day with taking 10 selfies without even getting off the bed. He leads himself to suicide as he couldn’t take the perfect selfie after a hundred attempts a day. Luckily he was found at the time by his mother and saved.  After that, he’s been signed for a therapy at the Maudsley Hospital in London to heal his compulsive behavior and also his OCD and BDD. The treatment involved exercises with his will- his phone was taken away from him for intervals of 10 minutes and after a while, they increased them to 30 minutes and then an hour. It was a very difficult thing for him. But he knew that he should do this to move on with his life.

As there is a fast increasing impact of the social network on people’s lives, they start searching for help and treatments for their addition to social networks. According to Pamela Rutledge, selfies are a form of attention-seeking and are either indicators of narcissism or very low self-esteem.

It stresses out people way too much just to reach unattainable goals without even the will to work hard to succeed is more concerning with the digital narcissism spread. The demonstration of narcissism on the internet is not only a subconscious approach to make up for a low self-esteem. The people nourish the reality twist that’s in the head of the person when these approaches are approved by other people on the social networks.

The scientists in Thailand are also concerned with this selfie addiction issue.

The more and more people are experiencing the urge to refresh your news feed, to control who sees your profile and who likes your photos, secretly hoping that more people hit the “Like” button says a doctor at the Thai Mental Health Department, Panpimol Wipulakorn. The digital age could be more harmful to the youth than we thought.