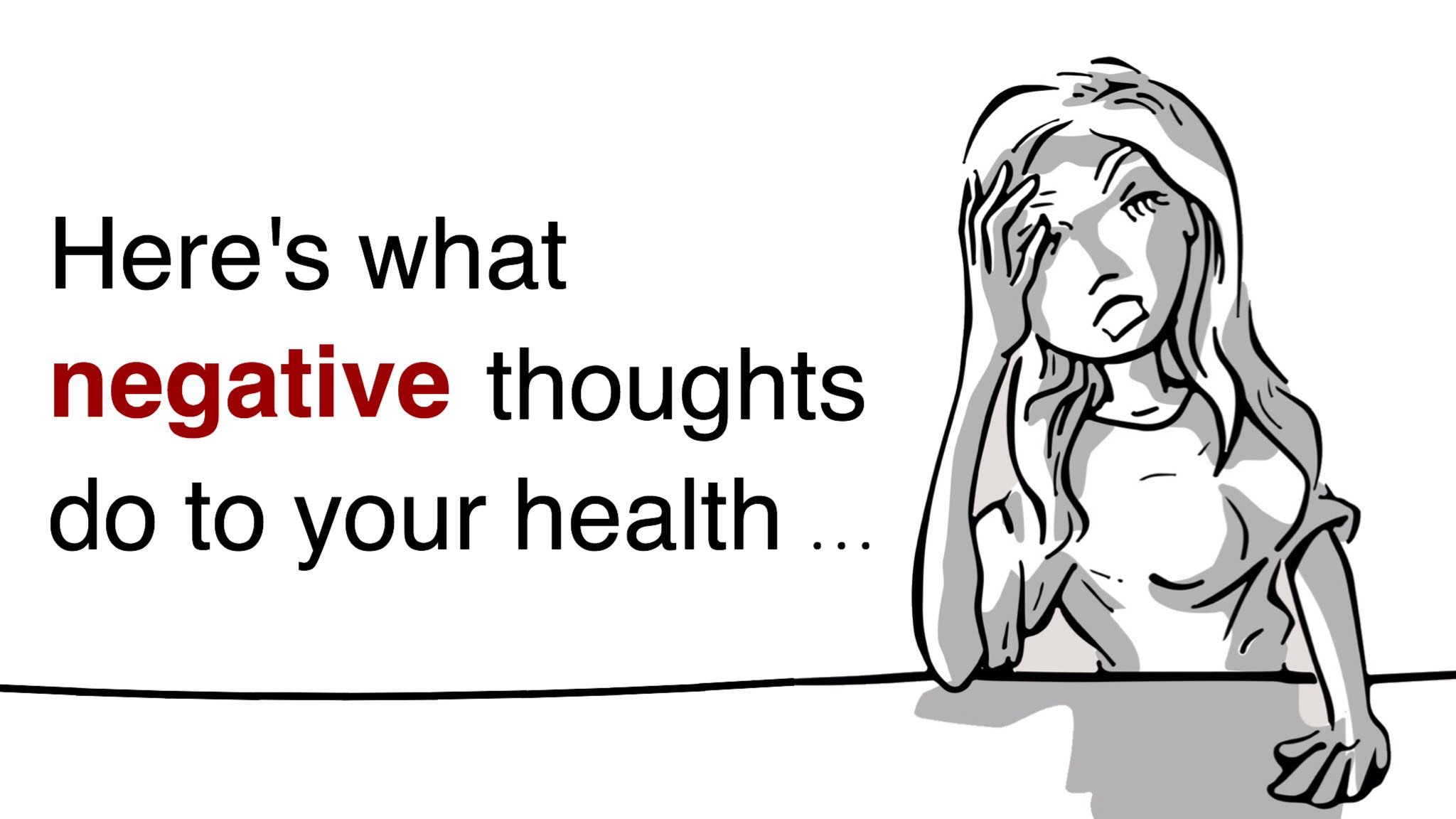 We all have heard the phrase: “You are own worst enemy.” What do you think about it? Take a moment or two to pause and reflect. Bur, five seconds is not “a moment or two.” Think deep inside yourself. This is your health state that is at stake.

Tick tock. Excuse me; let me have a cup of coffee while you work your interior magic. Keep up the good work reflecting.

Proof Positive: Negative Thinking Is Bad For Your Health

Did it? Good. Miserably, this is a one-way conversation so that your feelings stay where they are (if someone has the ability to convey their thought telepathically, the all others are ears or all minds, or anything). My significant estimations on this are that it hurts. It also kills me inside. It is called “the nocebo effect”, the other side of the coin to the placebo effect. “The term nocebo (Latin noc?b?, “I shall harm”, from noce?, “I harm”) was coined by Walter Kennedy in 1961 to indicate the counterpart to the use of placebo (Latin plac?b?, “I shall please”, from place?, “I please”); as a substance that produce a beneficial, healthful, pleasant, or desirable effect”, assures Wikipedia. Using the mind in life, we can either hurt ourselves or help ourselves.

As an example, with the placebo/nocebo effect, take Raj in the Big Bang Theory, who had an irrational fear of talking to women without alcohol. He confidently walks up and down with a bottle of beer in his hand and talks to Summer Glau, a famous actress, on the train. He really impressed her with his charm until Howard points out that Raj was drinking and the Indian astrophysicist returns back to his fearful self and walked away.

Golfer Ben Hogan is another example of the placebo effect, which was a story best told by Wikipedia. Something like these can happen every day in many situations. We can imagine what happens when negative thinking is in play using the aforementioned examples as these are produced by the placebo and nocebo effects which are positive or negative respectively.

As for the Dr. Masaru’s water experiments, Dr. Masaru Emoto studied water crystals for years with intentions of simply finding out the crystal structures that water forms he truly landed on a fine looking piece of proof of how negativity affects the structures. He would play the crystals completely different styles of music and would additionally expose the crystals to different feelings. Dr. Emoto found that “positivity led to beautiful crystal forms whereas hate and negativity led to the dissipation and irregularity of the crystal form.”.” What this ought to do with humans? I assumed you’d never ask: This has implications for the health of the body as we tend to area unit composed of 50-70% water.

According to Emiliana Simon-Thomas, PhD, science director of the Greater Good Science Center at UC Berkeley,  it was quoted as saying by Health.com: “Many negative emotions such as anger, fear, and frustration become problematic when those emotions turn into a more permanent disposition or a habitual outlook on the world.” It doesn’t stop there. It also explains about some negative emotional states and their impact on the physical and neurological parts of the living of a human being.

They also say, “Take cynicism, for example: A 2014 study published in the journal Neurology linked high levels of cynicism later in life, i.e. a general distrust of people (and their motives), to a greater risk of dementia compared to those who were more trusting, even after accounting for other risk factors like age, sex, certain heart health markers, smoking status, and more. This way of thinking may also hurt your heart.

A 2009 study from the journal Circulation looked at data from nearly 100,000 women and found that the most cynical participants were more likely to have heart disease than the least cynical folks. The more pessimistic women also had a higher chance of dying over the study period, versus those who were more optimistic about humanity.” Don’t be afraid. We can change this. According to Simon-Thomas, “We know that neural pathways are changing every minute of your entire life and that your brain is generating new cells throughout your life. And this neurogenesis is not only associated with the formation of new memories, but with mood stability, as well.”

Simon-Thomas says that: “We can be deliberate about shifting our habits of feeling and thinking in the world.”

So, what do you think about that? Are you stopping yourself from being happy and healthy? If you must the onus is on you to change. Take a moment or two to stop and reflect.

Artist Paints Mental Illnesses And Turns Them Into Realistic Illustrations