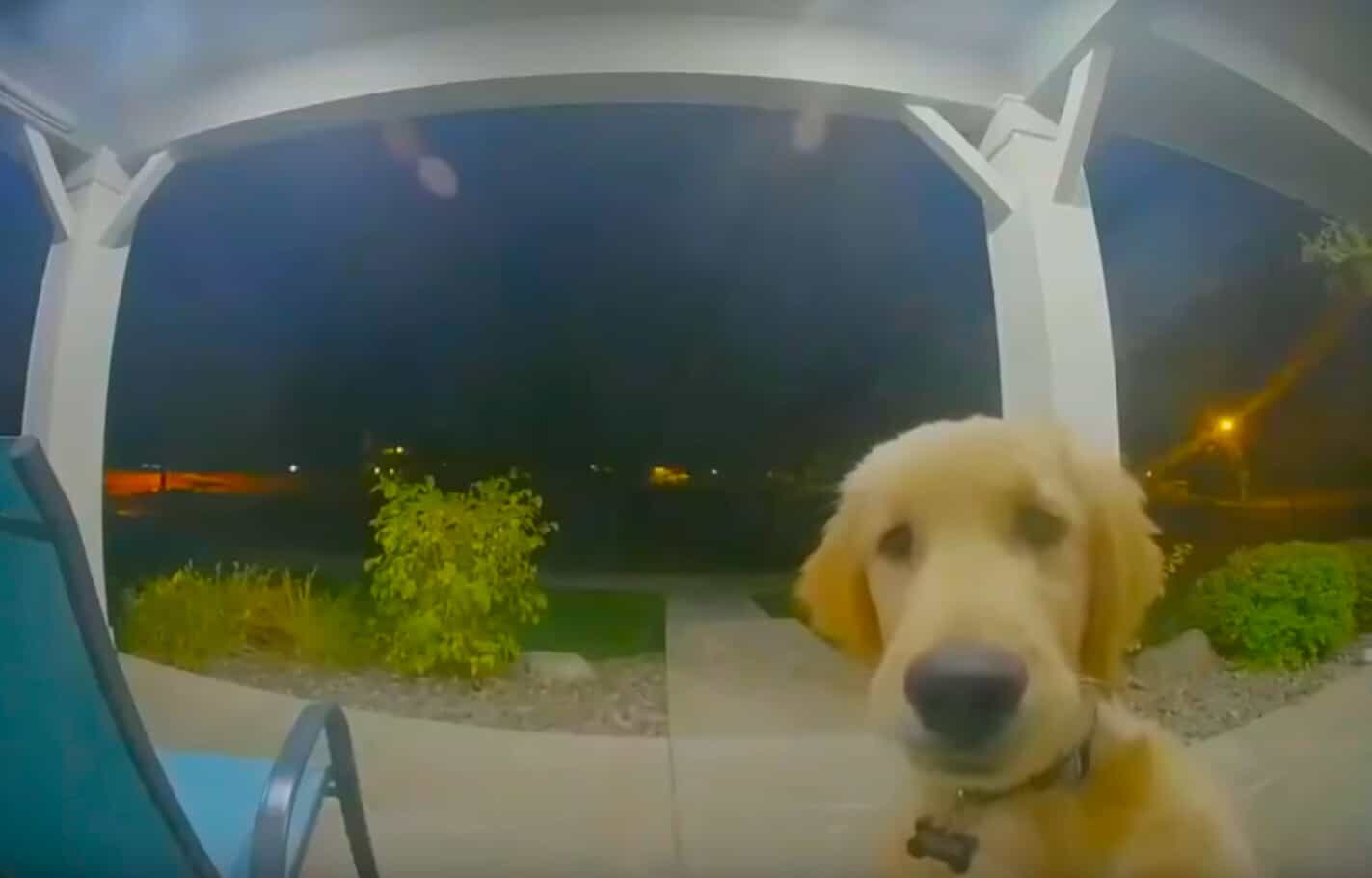 Can there be anything worse than having your puppy escape? It would be heartbreaking, and gut-wrenching when you realize it. If this happens in the dead of the night, when all are asleep, like this instance, you wouldn’t even know that your precious pup has escaped until morning, by which time, they could be anywhere. However, luckily for this family, their puppy had immediately regretted his decision to escape and rang the doorbell to get back in.

Marshall is a 3-month-old golden retriever pup, who lives with a loving family in Spokane, Washington. Nevertheless, one day, Marshall got a little mischievous and decided to make a run for it for the outside life. He had gotten the taste for the hills, and wanted to breathe that fresh air. No more leashes and being shut up inside. Luckily, and soon enough, Marshall realized that though the outside looked appealing, it isn’t all that great without someone to share it with. There should always be a human to bring back the stick, or what’s the point?

Once it was obvious to Marshall that the stray life was not for him, he just had to get back inside. That’s when he found out that the doorbell was his friend. Marshall was never trained to knock or ring the bell, but he just worked it out. How clever is that? The home security footage shows Marshall pawing at the door, trying to get back in, and his knock is remarkably human!

He was knocking adorably as if to say “I’m sorry”, and who couldn’t forgive an adorable face like that? Marshall is such an intelligent and good boy, and was soon let inside by his slightly confused, but relieved family, and all they have to do now is to train him to flush