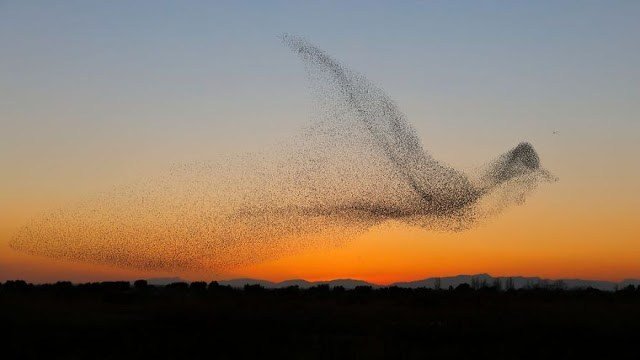 Nature, it has been created perfectly and we’ll never be able to find out all its mysteries and secrets. Sometimes, it creates ideal coincidences that depict its power and potential and we are left surprised.

This unique moment was captured by the Photographer Daniel Biber from Hilzingen, Germany in Costa Brava, in Northeastern Spain.

A mass of starlings started gathering into a shape-shifting cloud, known as a murmuration, and the hundreds of birds moved and twisted in a coordinated organism that can quickly morph into some startling shapes. 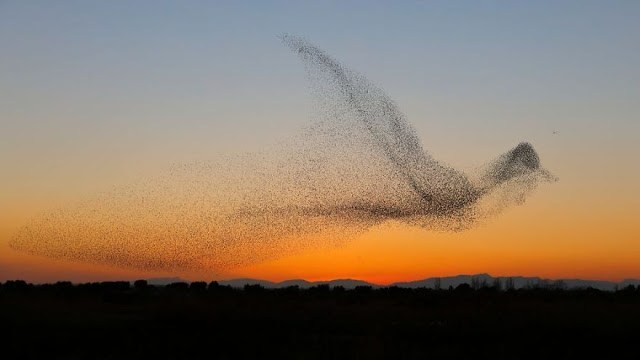 Biber saw the true spectacle, the starlings started twisting and turning in a way that eventually formed a shape of a giant, every bird in less than 10 seconds as a predator like a falcon or a hawk was in the vicinity.

Even though he took the photos, he was unable to realize the formation they created until he came home and checked them on his computer later. He didn’t see the giant bird they made on the sky previously as he was so focused on taking the pictures. His snapshot was unique, sharp, and in high quality, he later on realized it.

He was waiting four days to capture the murmuration in a row. It was a real masterpiece when he finally took the photo. 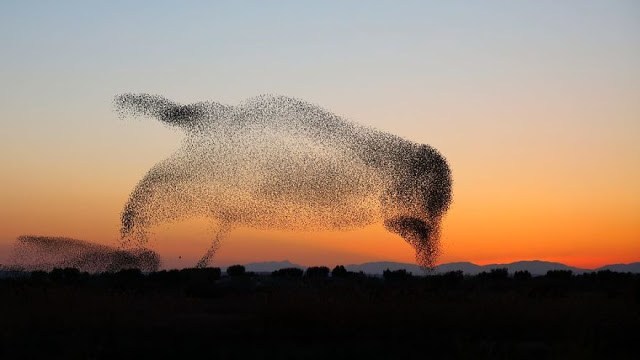