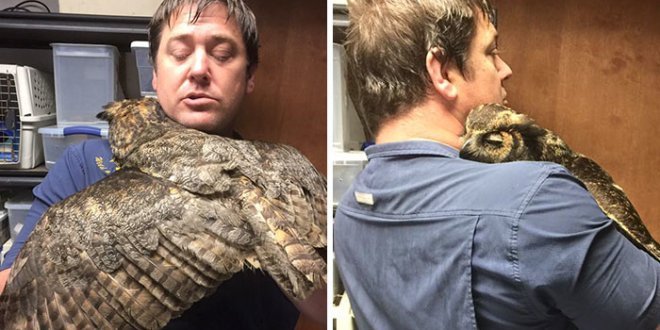 A Great Horned owl who was named as GiGi was recently brought to Mississippi’s Wild at Heart Rescue after suffering head trauma. At first, specialists thought that she had been hit by a car, resulting in a massive concussion.  But later they found that that she was riddled with parasites and also suffered from aspergillosis. It is something similar to pneumonia in humans.

The founder, and director of the Rescue, Missy Dubuisson, said that the owl was one of the most critical ones ever brought to them; they also think that this bird has lived beyond comprehension.

GiGi needed intensive care so badly and it was provided by the president of the facility, and who is also known as the “birds of prey whisperer” by rehabilitators in the area, Douglas Pojeky.

The president of Wild at Heart Rescue in Vancleave, Mississippi, went away for a family event for a few days. GiGi showed her affection when he came back. She greeted him very happily, rested her head right on his shoulder, and wrapped her wings around him.

According to what Dubuisson said, he has never seen someone with such a bond with these birds and it has literally brought tears to his eyes when he was watching Doug with the birds as they absolutely know him and trust him.

Doug also said that he had such a feeling that he got when that owl just nuzzled her neck against his. He also said that the bond with this owl is really different than with the others. 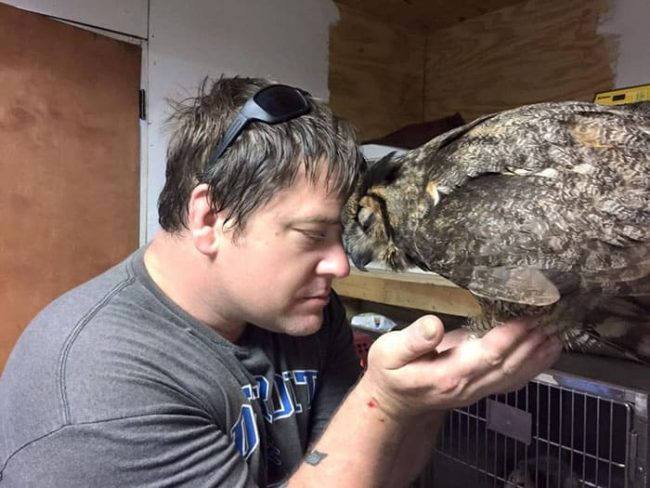 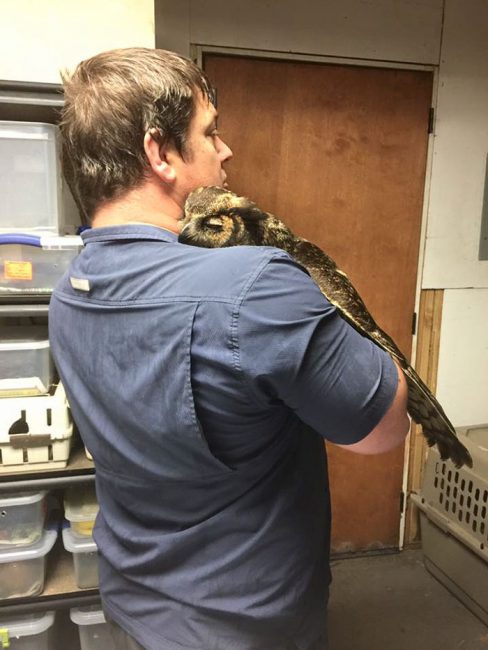 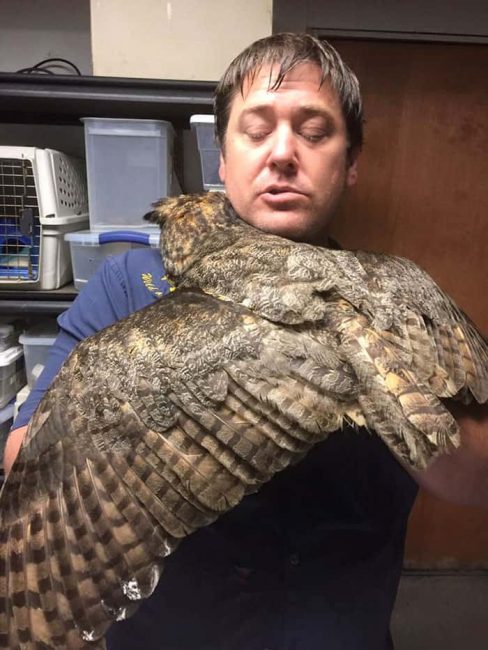