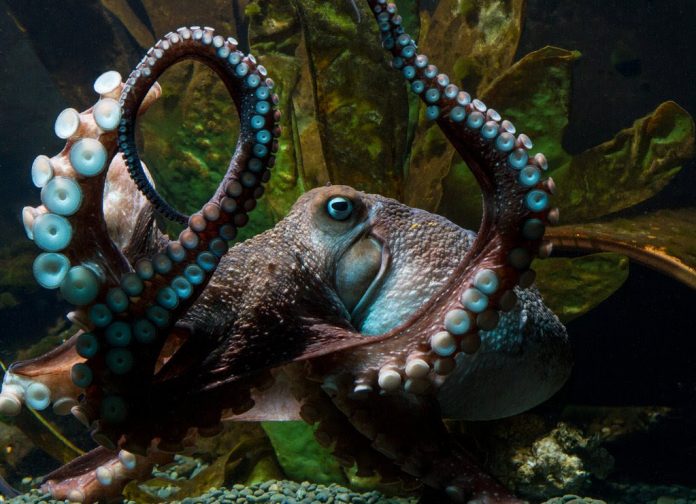 Octopus finds a wonderful way from an aquarium back to the sea.

Inky is an octopus who broke out of his tank, slithered across an aquarium floor and slid through narrow drain pipe into to the ocean finding his way to freedom.

This happened in the middle of the night at New Zealand’s national aquarium, when an employee apparently left the lid to the octopus’ tank slightly ajar.

Inky climbed up over the top of his glass enclosure, slide down the side of the tank and slither across 8 feet of flooring to a drainpipe that empties into the ocean.

It would have had to squeeze his soccer-ball-sized head through over 160 feet of pipeline less than 6 inches in diameter to get out of this.

Alix Harvey, an aquarist at the Marine Biological Association in England,  “Octopuses are fantastic escape artists,”

“They are programmed to hunt prey at night and have a natural inclination to move around at night.”

“They have a complex brain, have excellent eyesight, and research suggests they have an ability to learn and form mental maps.”

Octopuses can even fit into extremely small spaces and have been filmed squeezing through gaps in the size of coins because of their soft bodies.