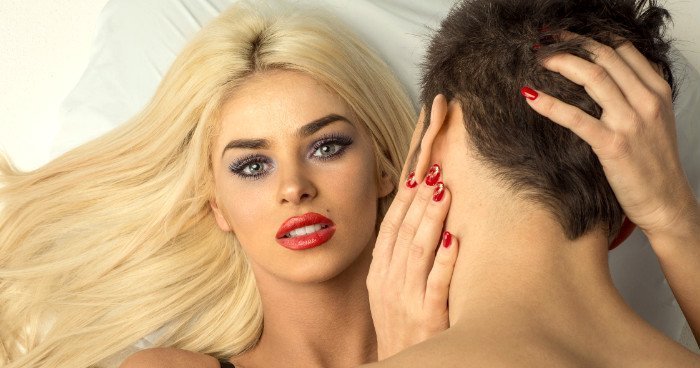 “Mysteries of attraction could not always be explained through logic. Sometimes the fractures in two separate souls became the very hinges that held them together.”  ― Lisa Kleypas

Every person has their own way to choose their partners and there’s no logic in it.

Our subconscious always guides us when we are taking a decision.

Every man searches certain traits in a woman and no matter what they fall for them. They don’t look for real-life Barbies, but they look for:

Journal Personality and Social Psychology say that men still have primitive instincts that make them like certain features in a woman. A low waist-to-hip ratio can attract men. The women who have a favorable waist-to-hip ratio will be better suited for childbearing. So, just try to stay healthy.

Symmetry is an irresistible thing for men. Men want perfect balance in a woman’s body and specifically her face. Symmetry can enthralling beauty and also mirrors good genes.

According to a survey conducted by the Journal Human Nature in 2004, reaffirms the popular belief that long hair is deemed to be more attractive by men. Even though the hair color does not matter, the blonde is the best. To know that, short hair makes men feel a little intimidated.

Red lips make it a timeless classic. Men are more attracted by color as it represents rage, passion, love, and seduction. Try red to stand out.

Smell has the ability to attract or repel a person really quickly. A woman’s cycle influences pheromones which determine how she smells. The smell of a woman can attract men.

“The beauty of a woman must be seen from in her eyes because that is the doorway to her heart, the place where love resides.”– Audrey Hepburn

The interpreter of a woman’s soul is eyes. Even though the color again does not matter, men love big, lustrous eyes. Those eyes are a sign of good health and blooming youth.

According to Smithsonian Magazine, men love women with higher tone voice. It is the perfect blend of authority and sweetness.

Men also love women with fuller lips. According to a study at Manchester University, men notice women’s lips when they are talking. The color of the lips plays a huge role.

These are some features that attract men. But, a lasting relationship is based on mutual understanding and trust. A woman should also have a wit and intelligence than just her looks. Even though the love is lasting, you should always remember attraction and repulsion are two sides of the same coin.