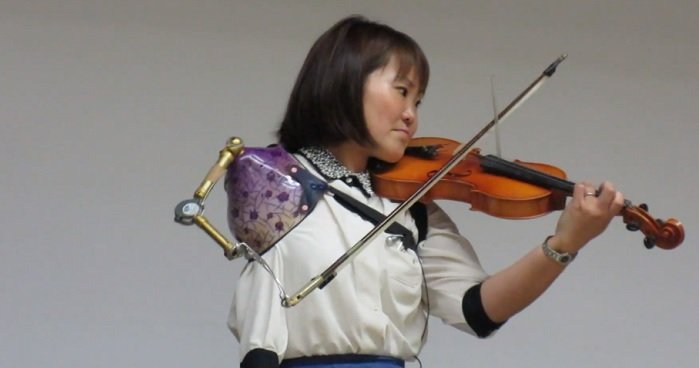 You’ll never say “I can’t do it” after watching this video.

If someone fails in achieving something, they blame the “bad luck”. Below are some most common facts for failure given by INC,

This is not all about financial success; it could be anything in life.

You, Me and We are in it, at anywhere you search for the error.

You’ll realize that no one is to blame for your failure after watching this video.

While she was studying to become a nurse, she lost her right arm in traffic accident in November 2004. It even forced her to abandon her carrier. She got amazed when she saw people with a disability playing basket when she went to get her an artificial arm. Then she decided to swim and study again to become a nurse.

Manami Ito is a nurse, a violinist, and a Paralympian swimmer. At the 2008 Beijing Paralympics she won 4th in the 100m Breaststroke and became 8th at the 2012 London Paralympics. She is also the 1st nurse to have a prosthetic arm in Japan. She shares her violin skills all around the country.

She plays Thread by Miyuki Nakajima In the popular Facebook video below. On September 2, 2018, at the Takarazuka City General Welfare Center in Hyōgo Prefecture, Japan, Kazushige Masuda captured her performance.