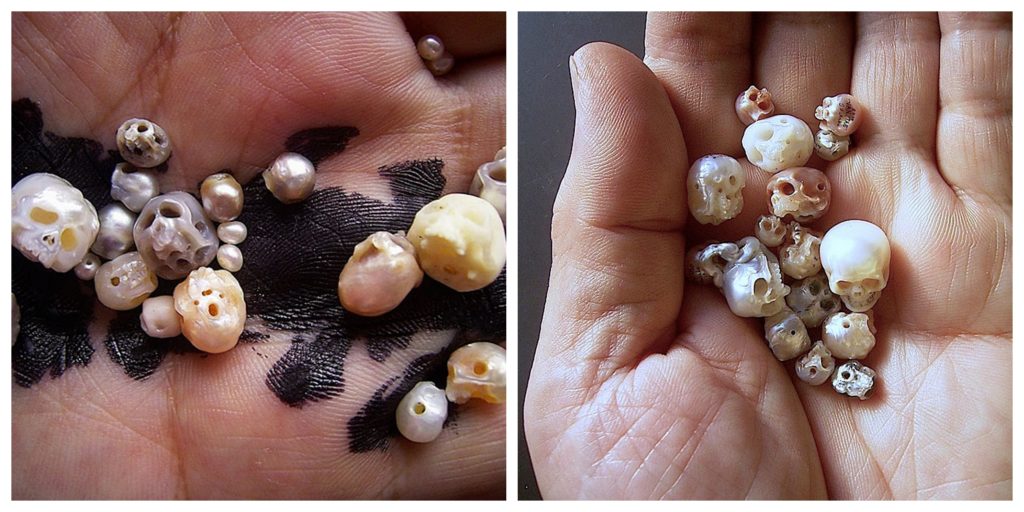 Shinji Nakaba from Tokyo has being different to most artists and has been mesmerizing his followers with the most beautiful jewelry since 1974.  He’s very talented in creating ‘wearable sculptures’ which usually comprise of some rather unconventional materials.

the pearl skulls he makes into the daintiest pieces is one of his beautiful examples.

Nakaba tells Magnifico “I just want to bring brand new life to something that has no value.” “I use not only precious metals +and stones, but also everyday things, such as aluminum beer cans, plastic bottle, or even garbage” he said on his Etsy profile.

Nakaba has created many designs on coral, crystal, ivory and some precious stones. But this time it has grabbed more attention with his discovery of pearls which lack cores. They don’t peel or shred, so it’s asier to carve smoother, and make more detailed designs.

Nakaba says this about his pearl skull carving on his website:

“I’ve experimented with different type of materials to carve out skulls but the ones I carved out of pearls are by far the best in terms of the durability. I also thought the contradiction between pristine pearls turning into these dark objects seemed even more appealing. I would call them Fairy Skulls.

Only pearls can make my idea of ephemeral beauty into reality.”

Nakaba also has the ability to do magnificent creations from aluminium, various necklaces, rings and brooches and Ikebana inspired pieces (a disciplined art form which details the layout of flower arrangements). 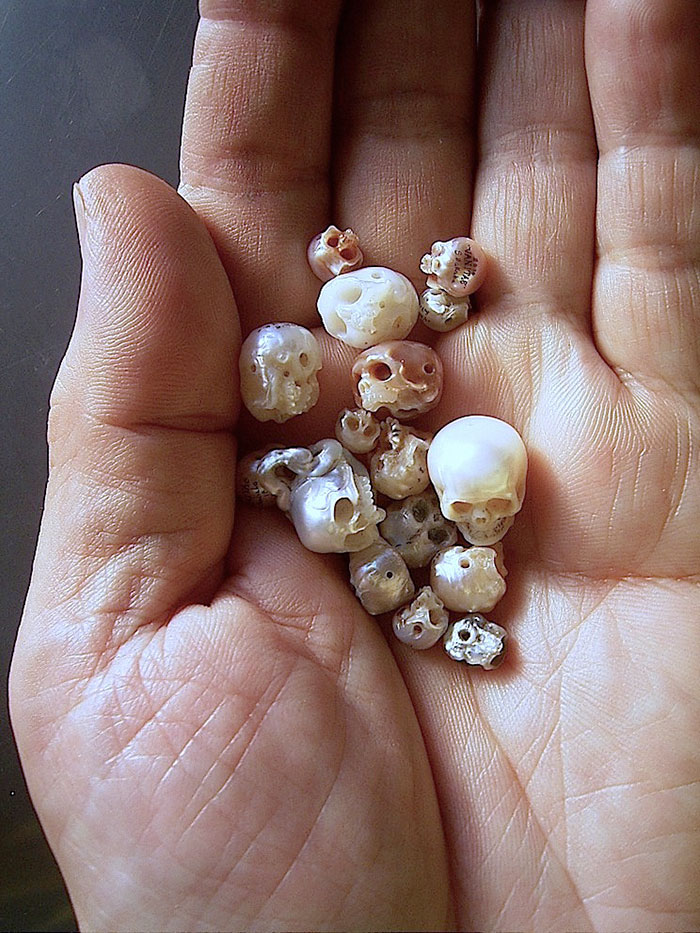 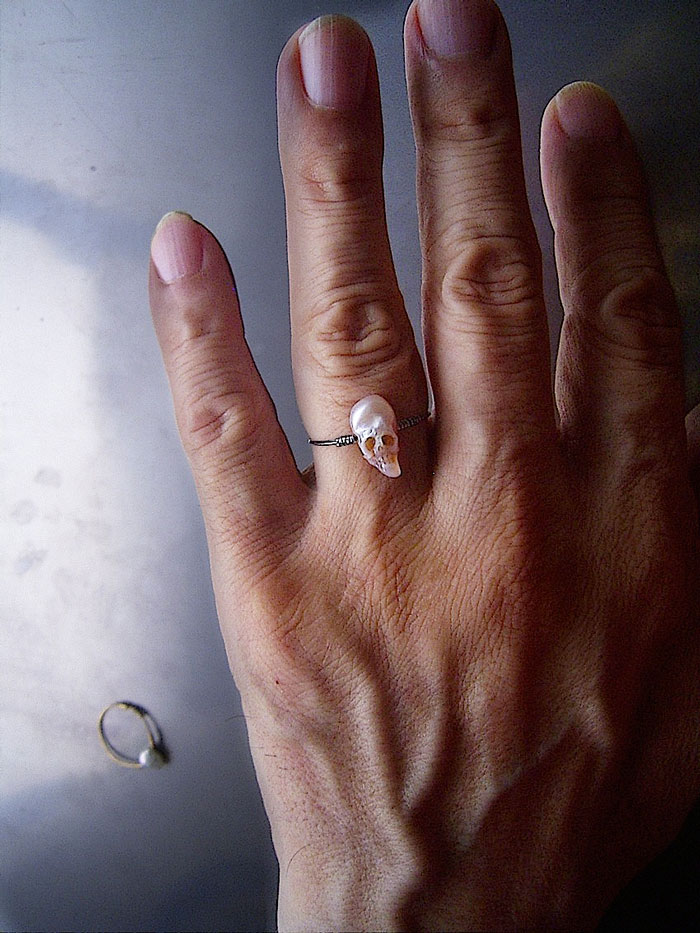 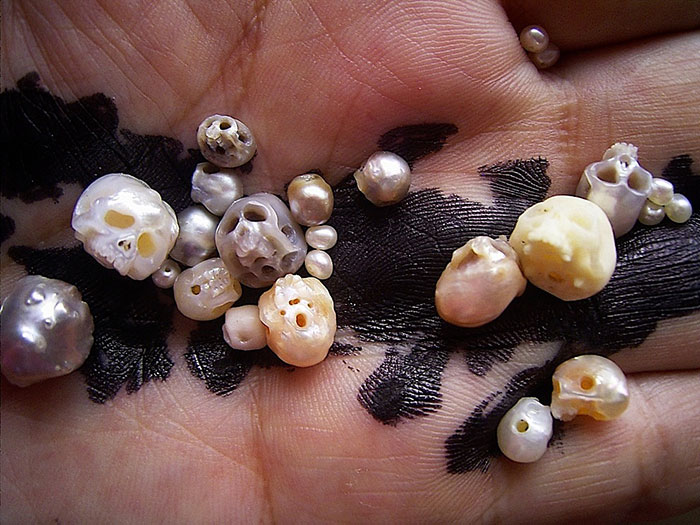