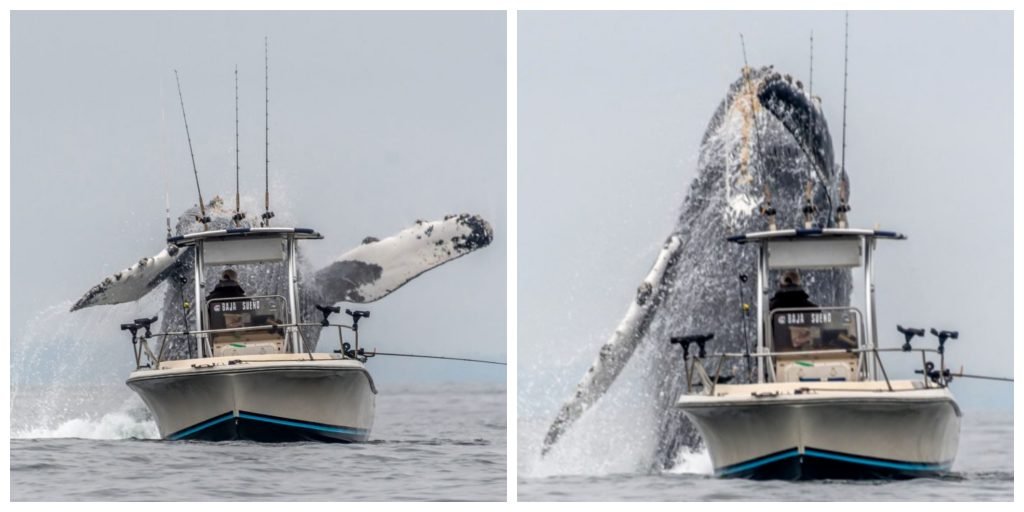 These fishermen must have sh*t themselves by this humpback whale bursting out of the calm seas.

Just see the video below. 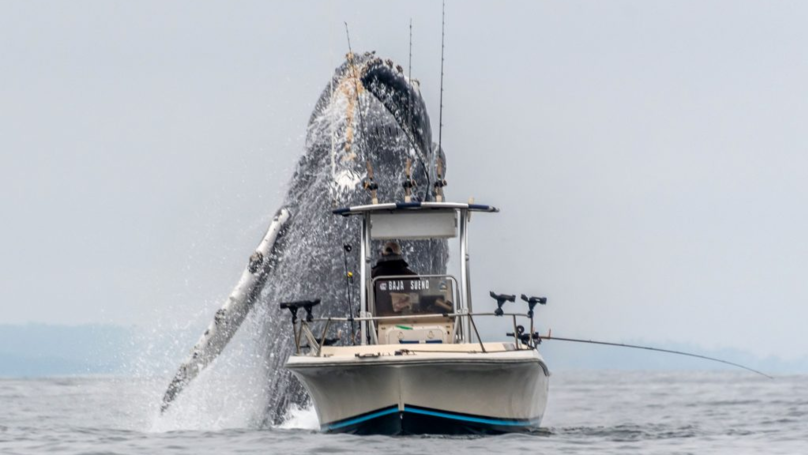 “It was quite exciting! Salmon season coincides with the time when humpbacks are returning to Monterey Bay to feed for the summer and there were hundreds of boats on the bay fishing.

This whale had breached a couple of times before this and many times they’ll just keep doing it.

I went below deck to shoot from a porthole close to the water line. That’s what gives this amazing perspective of looking up at the whale.

That the breach was directly behind the fishing boat makes really shows the size. Since the boat is closer, it should look bigger, but the whale is huge! If I’d been the fisherman, I’d probably need some new underwear.” 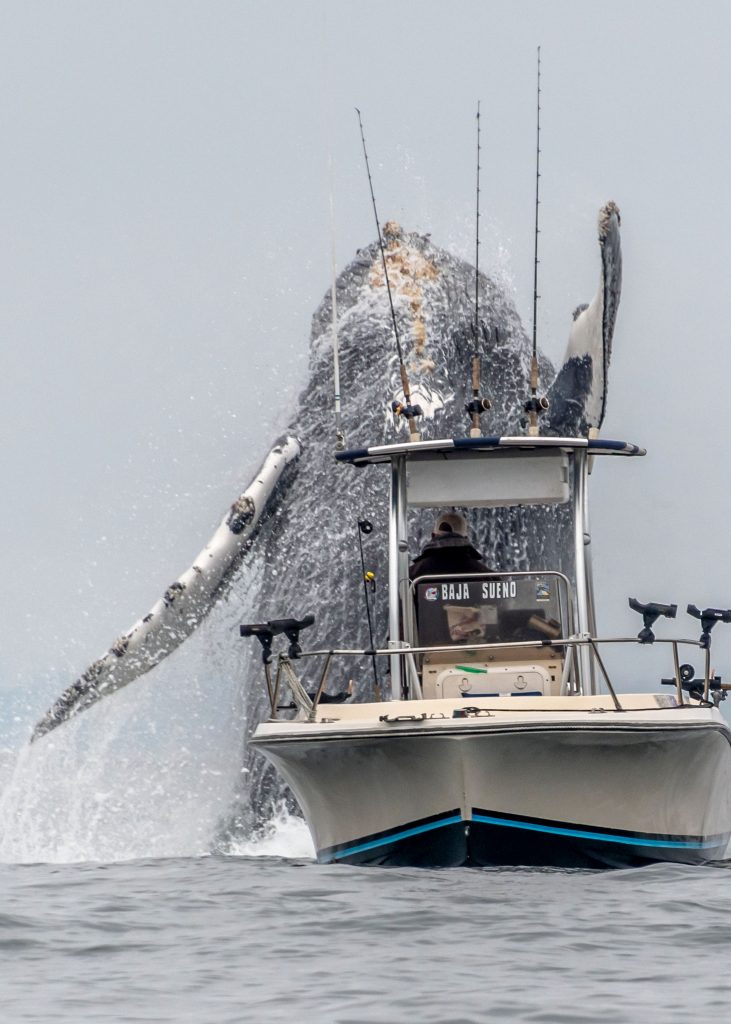 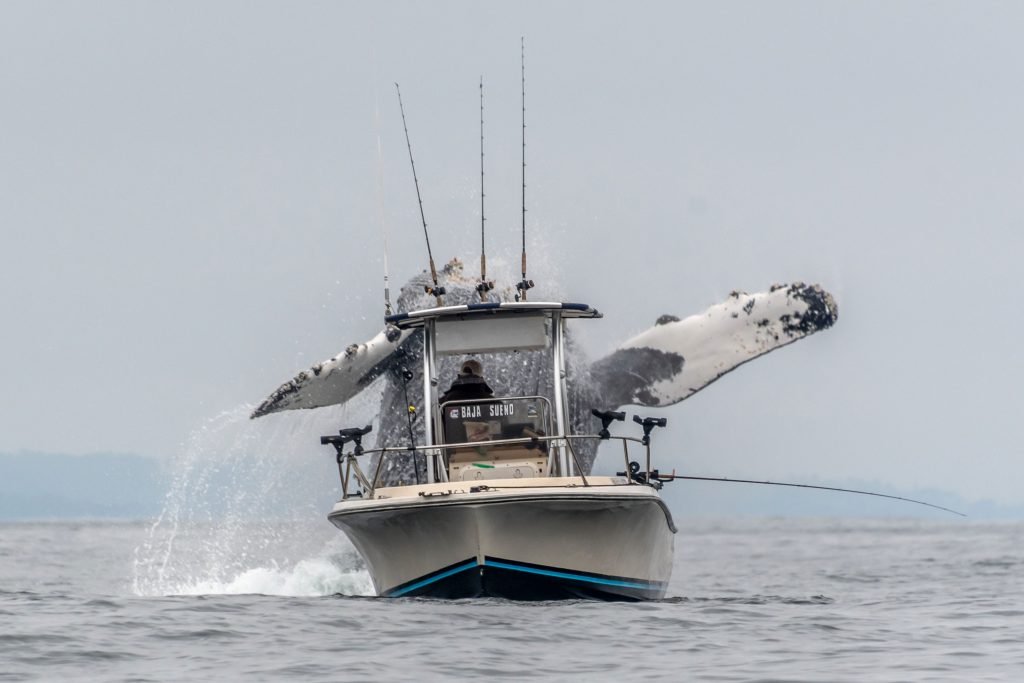 Kate, who took the video said:

“It was fun capturing this video. The whale had already breached multiple times much further away from the fisherman.

But sometimes when whales breach multiple times, they’re also heading a specific direction when they’re underwater building momentum for the next breach.

I figured the next breach would be around the fisherman because the whale was heading that way and sure enough…! Though I didn’t expect the whale and the boat to line up so perfectly.”