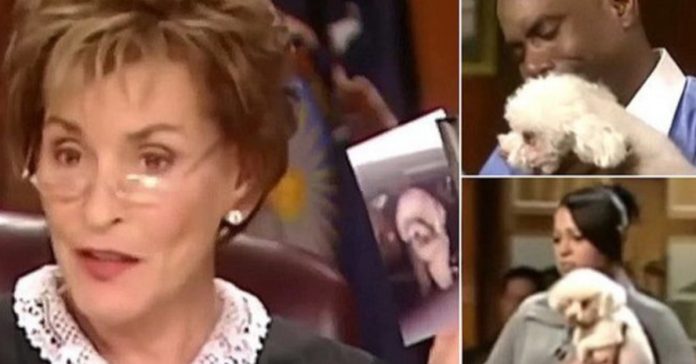 The dog lovers will definitely stop at nothing to make sure that they were happy and healthy. The dog is also a complete member of the family more than just another person who takes up space in the home. Some dogs are even more loved than humans and they are really loyal to us that many humans. So, Judge Judy decided that she would do something interesting in the courtroom and it went viral.

While Judge Judy is at the bench, a heartbroken man filed charges against the woman and they were standing in the courtroom. He complained that she took his dog and that the dog had been stolen. The small, fluffy white dog had been purchased outside of a shopping center, for around $50. The man said that the ‘Baby Boy’ was his and he even said it was like his child. On the other side, the woman showed paperwork to Judge Judy in pictures to prove that the dog was actually hers.

Judge Judy knew that something is wrong with this situation. She decided to do something that was a rather inspired maneuver. She brought him into the courtroom and put him on the floor to see if the dog belonged to one of those people or another. Whoever the dog would go to first would determine whose dog it was.

As the dog was brought in a hush fell over the courtroom. A heartwarming moment took place when the signal was given for the dog to be left loose. Here is the video: