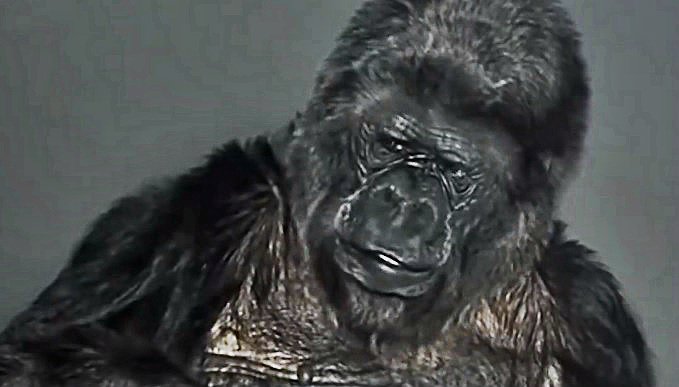 It’s really unbelievable that this gorilla has a better understanding of the havoc they have brought upon themselves than humans.

As we all know humans have a link with apes, monkeys and the kind. This has been proves by the scientists in favor of the argument as well as in denial. Resembles on DNA level of us and apes is uncanny. Even the monkeys and apes have a kind of capable of intelligence as close as humans according to the researchers’ conclusions. Here is a notion which supports it by Koko.

We had a green earth in the past and due to the progress and technological advancements, knowing that the drawbacks of cutting down forests building more industries and etc, we still continue to doing so.

Koko, passed away in 2018 and it was a sound gorilla. He has done a very meaningful contribution to this world through this video before he died. He raised awareness about the sign language and also asked us to do something to save this precious Earth.

It may be taught by his trainers, but it was really smart to learn this sign language. It is a very intelligent species. It was expressing his genuine and honest love towards humans and the world. Just watch the video below and judge for yourself.

We don’t understand that much like this animal does. It’s really sad to watch how Koko left a lasting impact on most people who watched him communicate in sign language. This is our home, so don’t you think that we should pay attention for this gorilla’s message.