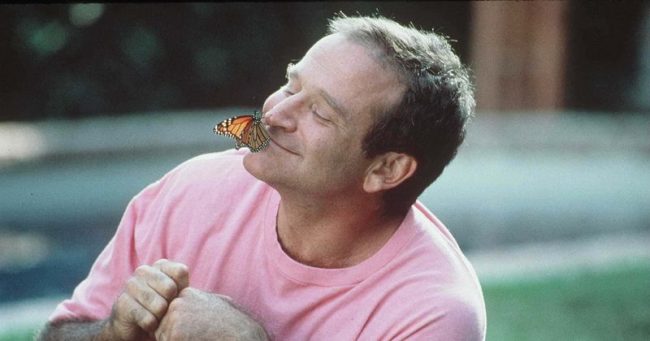 It never goes out of style by being kind and humane. A person that truly cares for the others and tries to make the world a better place will always be cherished, even though the world is much corrupt, evil, and fake.

As there are not many people like that, they are given much value. Robin Williams was dead five years ago and still, stories about the kind and loving man keep reminding us that the good always outweighs the bad.

Brian Lord, a fan of the popular actor, comedian, and philanthropist has shared a heartwarming story of the actor.

Lord has completely changed the way he saw the actor after finding that one of Williams’ riders required the event organizers to hire homeless people.

Lord approached the actor and was shocked by his rider and never got to host Dead Poets Society actor. According to him, the actor has only requested from to hire a certain number of homeless people as well for companies that hired him.

While all the Hollywood stars often have outrageous demands, Lord never expected such a humble and caring request.

Brian spoke about this great man’s wish to help the needy:

“I’m sure that on his own time and with his own money, he was working with these people in need, but he’d also decided to use his clout as an entertainer to make sure that production companies and event planners also learned the value of giving people a chance to work their way back.

I never watched a Robin Williams movie the same way after that. Thanks, Robin Williams- not just for laughs, but also for a cool example.”

Robin Williams clowning around outside The Comedy Store (1978) pic.twitter.com/pCDsQVIaZb

This longtime advocate for the rights of the homeless, and in 1990, before the Senate in support of the Homeless Prevention and Revitalization Act he stated:

“The problem cannot be denied anymore… I do believe this can work in an incredible way, from a grassroots level, that the money can get to and prevent, truly prevent, homelessness. That’s where it lies. You can’t keep picking people up; you have to stop them from falling. That’s what I hope. Thank you.”

This is a countless story about the kind-hearted actor.

Ricky Gervais, the creator of After Life, said that Williams wanted to make everyone happy. The comedian has spent the entire night at the side of the stage, watching new comedians, laughing louder than anyone else in the audience.

Gervais said ,“even when he wasn’t well, he would just try his best to make you laugh — you could see it was a chore almost but he’d absolutely love it.”

Many stars have told such touching stories about Williams after his death.

“His kindness and generosity is what I think of. How kind he was to anyone who wanted to connect with him. And he could not help but be funny all the time.

He would do something as long as it would keep you laughing. He made many, many film crews laugh out loud before the audiences ever saw it. So there is the man and his talent, and I think in his case both were extraordinary.”

Susan Schneider, Robin’s wife expressed her gratitude support they received. This was another proof of the legacy he left behind:

“Since his passing, all of us who loved Robin have found some solace in the tremendous outpouring of affection and admiration for him from the millions of people whose lives he touched.

His greatest legacy, besides his three children, is the joy and happiness he offered to others, particularly to those fighting personal battles.”