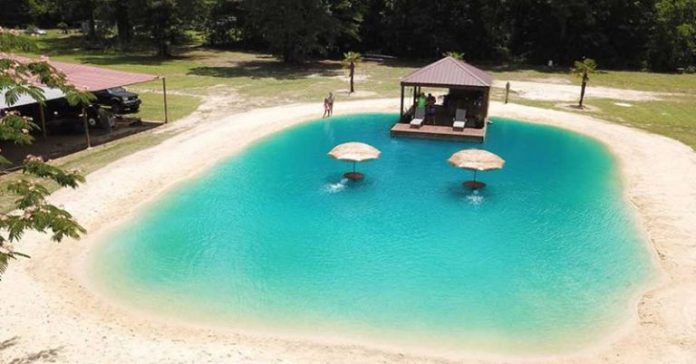 If you believe in yourself and pursue your true passion in life, you can achieve success, and Eric White is the best example for it.

Eric, who was 33-year-old from Louisiana was not so happy all his life. He has to stop schooling in ninth grade with second-grade reading ability. He recalls that “growing up, things weren’t easy and he could hardly even spell (his) name.”

He was homeless for 8 months at the age of 15. But, he had the talent of construction, and he decided to perfect his skills. He believed himself, and though he “could really do something with it.”

He started working for a local construction company to pay his bills and feed his daughter. Then he found a job with a Baton Rouge-based company.

First the employer “took him under his wing” and taught him about the company. He was already managing the team later within 6 months.

He was successful, and he sold it for over a million dollars!

He then founded Zydeco Construction in South Louisiana to keep himself busy and fulfill his passion. The company creates “swimming ponds” with crystal clear blue water and surrounding sand, that cost around $20,000.

“It’s something that for years I would think to myself, ‘What if someone could figure out a way to turn a pond into a paradise?’ I wanted to provide this service and wanted to be the first to do so. I did as much research as I could and applied it to building these ponds.”

According to Eric, fascinating ponds are “customized for that area and for the customer” and “true labor of love”. He adds that no two creations are ever the same, and the ponds are a true paradise.

“At Zydeco Construction LLC, we know that you’re not just hiring a contractor for your project – you’re also investing your trust and hard-earned money to a partner who will get your work done. “

“It has always been a dream of mine to do these different things. I am all about figuring out a way to make things happen. I can look at any situation and come up with a way to fix it. I like to stay in the market for things that most companies don’t offer, especially custom backyard landscaping ideas.”