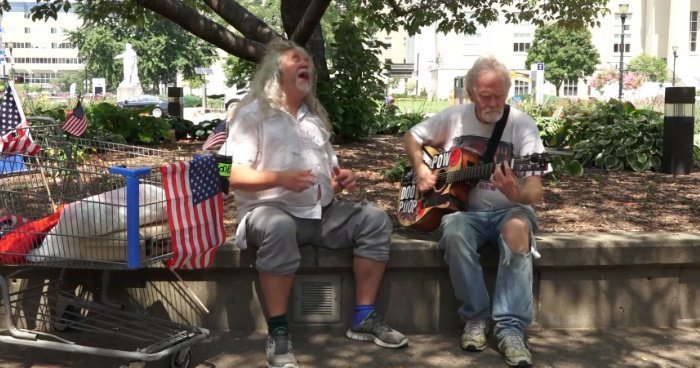 You should here and see these guys.

Even though they don’t know it, millions of people have heard Herbie Russ sing. AT&T, The Ford Motor Company, General Motors, and the Fox Network are the clients who have received his vocal skill to commercial work. He has also lent his vocal skills to the Detroit Tigers theme song “Home Again” for Comerica Park.

Herbie sang each and every song with passion and soulful emotion with a voice reminiscent of Joe Cocker and Michael McDonald.

He is in constant demand all across the state of Michigan and also beyond that because of his humor and warmth shine. Herbie has his own ability to entertain you by performing a mix of smooth jazz, blues, motown, R&B, soul, pop and more.

It wasn’t always the same. He schooled until 11th grade and also kicked out from home for using drugs.

He rides his bike 10 miles to play with bands as he was born talented to play the saxophone. But his payment was drugs or drug money.

When he wore out his welcome, he spent 2 years living in a car or couch-surfing. He knew that he would get hotel rooms when he gets acts on the road.

He got the chance for a while to live in that way with his ability of singing and playing. Again, once his all money went to drugs, he had to live in a car.

He lived years with drifting, homelessness, drugs, and being arrested.  After that, he eventually turned to God and asked, “You’ve given me this talent, I need some direction.”

Then he realized that he was led to road as he can sing and play freely. “We don’t need that. What we need is someone to spackle and repair the walls in the basement. The food is spoiling,” said the director. Herbie saw how bad things could be such as people suffering from mental illness, severe drug addiction, loss of the entire family.

He donates his all money to the homeless people which he gets from his gigs. It was Thousands of dollars.

He also hired homeless people to carry his PA and gear as bellow shown.

He has worked for Detroit as a musician and vocalist for years and now he’s 54 years old.

At 54 he understands that he’s just one slip-up away from homelessness he was also losing his regular weekly house gig.

He always wanted to give to the homeless people and remind himself where he could be.

The song bellow published by Made in America will give you goosebumps!