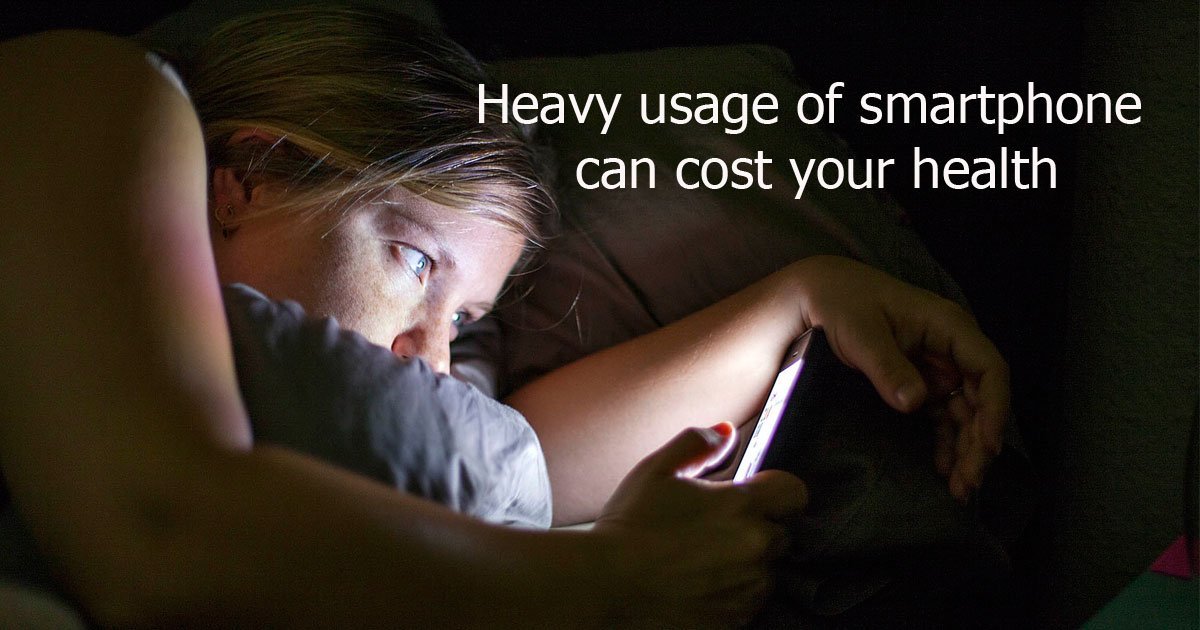 Smart phone is a device owned by everyone these days. There is no doubt that everyone has Already attracted to this technological device as it almost has all the functions you need on your day to day basis. Such as calling someone anywhere around the world through internet access, sending text messages, taking pictures, using it for calculations, to check the calendar, to watch your favorite video, to get knowledge or to set alarm etc.

Most people find hard to live without their smart phones. They use it almost everywhere and the person using it has no idea what’s happening in his/her surrounding and which is a health risk. For example, using the smartphone while driving can cause death. This happens because of the commonality of smartphones. This has change the normal behavior of human beings.
The main issue of using smart phones is towards your health. Everyone must concern about their health. Not only consuming healthy food does that. Most of them very well knowing about this fact ignores it totally. Some researchers have also found that smart phone emits a low-level radiation over a time and this issue hasn’t been sorted yet. This radiation is very harmful and can cause tumor growth.

Age above 10 has the habit of using smartphone as their alarm clock because it is easier to wake up for school, extra classes and also is a habit followed by people who go to work. They are used to have their smartphone near as it helps them to check their mails before they go to bed to attend to any important call which is related to their work. Due to this reason they have their smartphone under the pillow or on the table near the bed. People are plugged to their smartphones. They are being addicted to this which is being worst day by day. Users also use it to fall asleep which is very funny, but true. Teenagers are obsessed with their smartphones and carries it everywhere and this is known as “Sham” a physical symptom of sleeping near the phone. Heavy smart phone usage also leads to sleeping problems, stress and depression.

Some people still wonder whether smartphone usage can cause health issues. The answer is obviously yes. The radiation emitted by smartphones are absorbed by our tissues and it damages the tissue. Not only has that it also damaged our retina by the HEV light emitted by our smartphones. This leads damage to our eyes. High usage of smart phones also disturbs the rest of your body needs as doctors has recommended to sleep 8 hours a day.

Further if I discuss more about health issues it costs according to the usage. It may vary from person to person as each and every person uses the smart phone in a way they are comfortable with. This can cost you with Text neck, wrist problems and also numb fingers

This is a term used by doctors to describe the spinal disorder caused by the heavy usage of smartphones. It is recommended to place the head upright, so there is no stress on the neck part of the spine. But people are used to read and text on smartphones by bending their necks up to 60 degrees. This starts to increase the pressure on the neck. This can also cause spinal disorders due to the Long-term usage of smartphones. bring forth neck pain related to the spine and hence, can be called spinal disorders. Surveys have found that 80% of adults suffer from the text neck issue. As a solution people can lower their eyes while using their smart phone instead of bending their neck.

This is another problem that arises due to over usage of smartphones. This strains the wrist because of holding their smart phone for a long time. People are usually used to hold their smartphone using four fingers while using the thumb to perform actions on the smartphone screens. This also causes pain in the wrist because of heavy usage. As a solution people can keep on changing the posture of carrying the smart phone time to time.

Here the fingers of smartphone users become numb and produce a tingling sensation. Holding the phone places stress from the elbows to the fingers. The hands above elbow experience slower blood circulation and if not corrected immediately, can have long-lasting effects. The forefinger too experiences the same and becomes numb after a while. It is said to use the phone for some time and keep it away for a while and perform some movement to get rid of numb fingers.