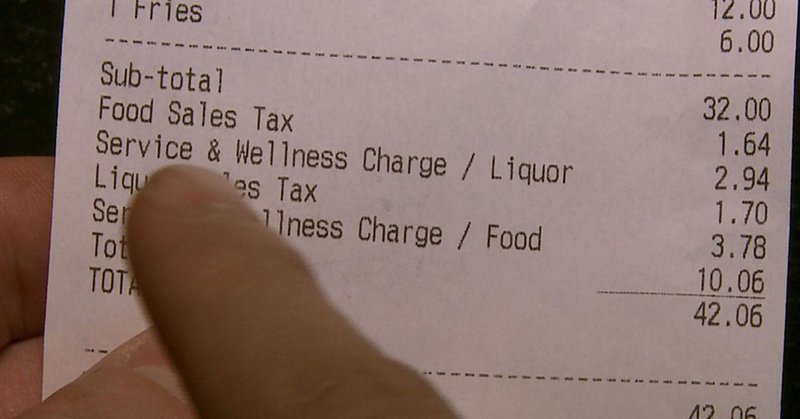 People who never ask for or keep their receipts and those who always do are the two types of people who live in this world. You should say yes when someone asks if you’d like the receipt after eating as people have been spotting a new trend at restaurants called “health and wellness charge.”

As an effort to combat ever increasing costs of health insurance, United States restaurants starting to adopt this health and wellness charge. The Travail Collective Company, started including the 3% charge to customers’ bills in mid-October 2018 at two of its restaurants in Minnesota – The Pig Ate My Pizza and Travail Kitchen and Amusements. [1]

Travail Collective co-owner Mike Brown stated that restaurant patrons largely support the restaurants’ efforts to provide their employees with sufficient and affordable health care even it seems like it would upset them.

“We feel that making sure our people are taken care of is the most important thing in our company,” Brown told KARE 11. [1]

Kim Bartmann is the owner of The Bartmann Group and it owns nine restaurants in the Twin Cities. They have actually been doing this for over two decades.

“I have been subsidizing health insurance since 1993, covering 100% of their health insurance, but due to rising costs I’m not covering 70% thanks in part to this [health and wellness] charge.” [1]

In late 2018, the surcharge has come under the spotlight. But, five years ago is when the stories about the fee started popping up in places including San Francisco and Portland.

Oregon started including a 5% surcharge on their checks with a brief explanation as to why in 2013, Biwa, a restaurant in Portland.

“All of the funds from this small service charge are used to provide full healthcare benefits to all of our staff and to support living wage incomes for our cooks and dishwashers (the non-tipped members of the Biwa family.” [2]

The owner of Portland’s DOC and four other restaurants, Dayna McErleam, states that some patrons do express frustration and confusion about the surcharge when it’s time to pay while others don’t mind at all.

“People who work in restaurants deserve to have health care, and if the way to do that is to add a 5-percent charge, we’re happy to pay it,” said Diane MacDonald, a customer at one of McErleam’s restaurants. [3]

People liked their transparency, even though charging extra 3 to 5 percents seems like a bold move. Even McErleam “[wants] people to know where their money’s going and how it’s helping everyone.” [3]

If you don’t want to pay the surcharge, they will take it off your bill.

Is This Health and Wellness Charge Going to Be in Every Restaurant? 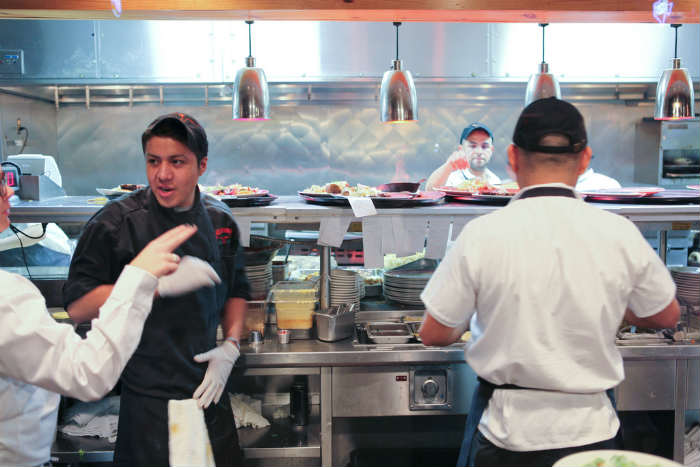 “We’d like to see this replicated, honestly,” said one of Biwa’s owners, Gabe Rosen. “It’s crazy to me that nobody gets insurance in this business.” [2]

Except the restaurant owners, Brown, Bartmann, Rosen, McErleam, and others are all for this health and wellness charge, there are some who is still suspicious.

City officials in San Francisco investigated dozens of restaurants “and found discrepancies over a two-year period in the amount collected in the surcharges versus how much was put aside for employee health care.” [4] But, some may start to question where their surcharge is really going.

Karin Klein asked “What’s next?”for the Los Angeles Times. [5] “An electricity surcharge because the restaurant placed solar on its roof? Will there be so many add-on charges that customers decide they don’t need to add a tip?”

The individual restaurant owners need to decide whether they want this health and wellness surcharge. There are more and more restaurants start this surcharge even though it can really hurt your pocket.

Restaurants Unlimited, a national franchiser with 20 restaurants in over 40 locations added a 1% “living wage” surcharge to their customers’ bills. Here are some of them: Kincaid’s, Palomino, Stanford’s, and Henry’s Tavern. [6,7] It’s a clear sign to say that the restaurant industry is changing even if we’re not sure whether this charge is in effect at all of their restaurant locations.

Have you ever come across with surcharge on your bills?