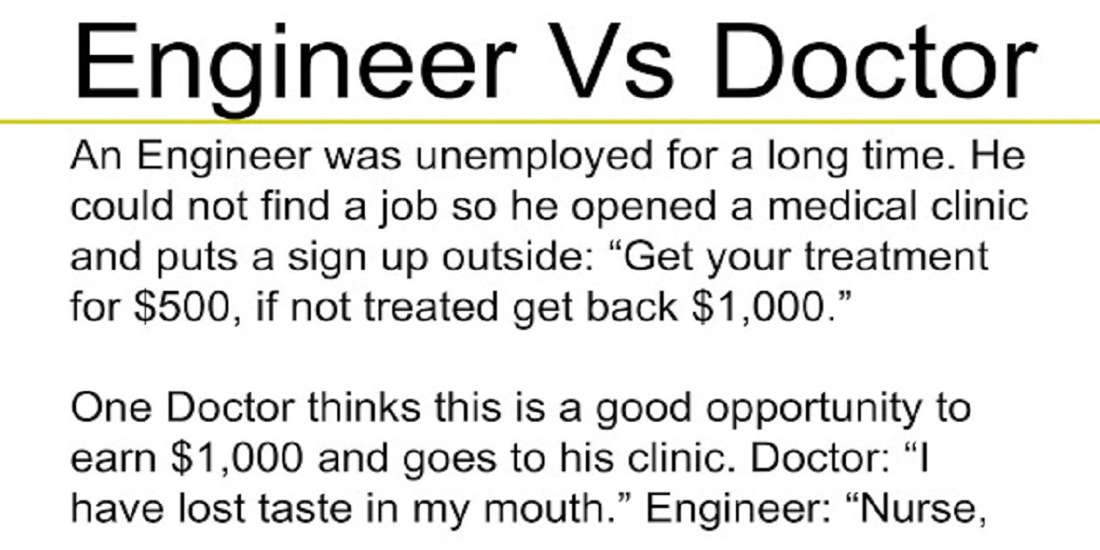 It is always been quite interesting the relationship between a doctor and an engineer as they are at loggerheads most of the times trying to prove their intelligence. They always try to prove that one is more intelligent than other.

But, there’s a story that will make you laugh and it might help you ensure the outcome of the debate, “who is smarter- Doctor or Engineer?” 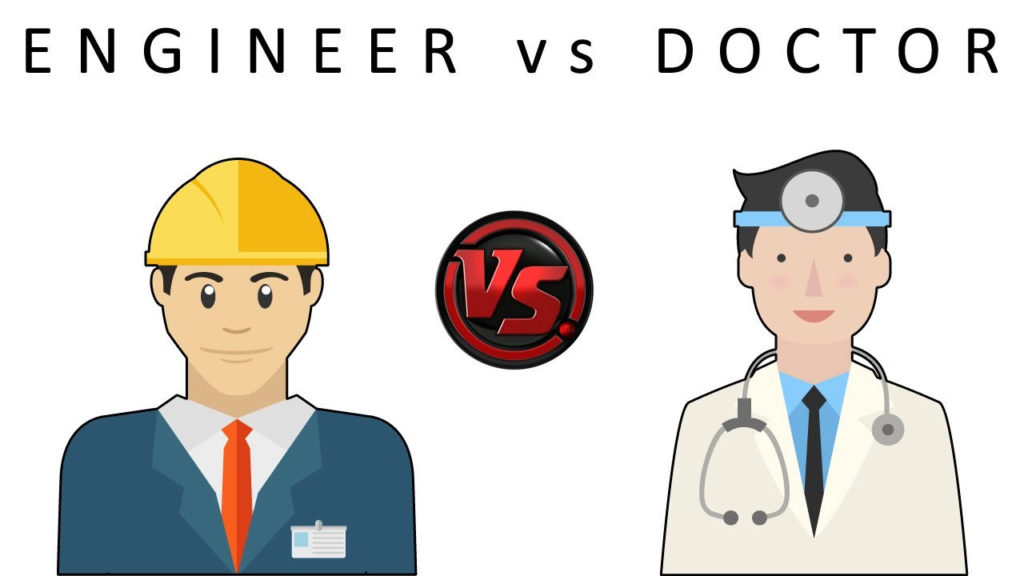 The story of the Engineer vs Doctor goes like this:

Once upon a time, an engineer opened a treatment clinic. It was said, “Get your treatment for $500, if not treated get back $1000.”

Most of the people surprised as an engineer doing a doctor’s job by opening a clinic for treatment. When a doctor got to know about this, he decided to make the engineer bite the dust and to win $1000 from the engineer.

The doctor entered the clinic and complained about losing the taste from his mouth. The engineer asked the nurse to bring an elixir from box number 22 and to put three drops into the doctor’s mouth. Even after getting the drops in his mouth the doctor was in the mood of denying that he still hadn’t got the taste back. But the moment he tasted those drops, he shouted, “This is Gasoline!” The engineer said that he had got his taste back and the doctor had to give him $500.

After a few days, the doctor visited the clinic again by complaining that he had lost his memory and he knew that he can defeat the engineer this time. The engineer asked the nurse to bring the elixir from box number 22, and for the same three drops. The doctor yelled, “No! It’s Gasoline again!” after hearing that. The engineer said again that he had regained his memory back, and had to pay $500.

This doesn’t tell that the engineer is smarter than the doctor; this is just for fun and should be remain the same. Doctors have a different kind of role to perform in society and they both ensure the safety of the world for us. Both of are very important in this world and we cannot undermine any of them.