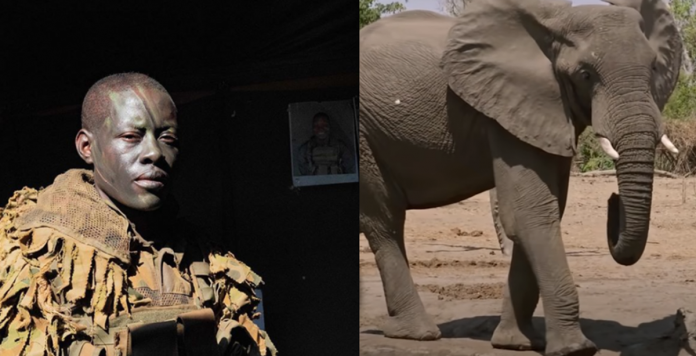 In order to protect the elephants in Zimbabwe, a group of unbelievably brave women is working hard. Their life’s mission is to protect these animals from poachers who are working hard to make them extinct. The story of the Akashinga surfaced recently and it has lots of viewers and supporters from all over the world. These women who are helping save the country’s embattled elephant population are applauded by animal lovers everywhere. They actually serve as rangers in the Phundundu Wildlife Area that’s located in Zimbabwe’s Zambezi Valley.

People who were trophy hunting were very familiar with this specific area of land. But now, the area’s wildlife is under the protection of anti-poaching laws and that’s exactly where Akashing comes in and their story is inspiring. Just imagine about the dedication that comes when a group of people comes together to protect a species. These women are true survivors. They’re doing an impressive and praise-worthy thing for the elephants of Zimbabwe. Most of the women in Akashinga are survivors themselves and are from abusive relationships.

They have put their passion to save a mighty beast that has become vulnerable from a different kind of abuser. According to the BBC, this group of rangers works as part of the International Anti-Poaching Foundation, which is responsible for managing Zimbabwe’s anti-poaching efforts. Akashinga, the organization’s name, is the actual word for “Brave Ones” in the local language of Shona. These women love animals and because of that, they try to save the elephants.

Thank you to everyone one of you for sharing our @NatGeo documentary, AKASHINGA: THE BRAVE ONES. Nearly 2 MILLION people have watched it!

Be the force to help the Akashinga rangers protect more wildlife by donating https://t.co/O77w8qrPAK

Their story has lot of attention from all over the world, and people call them heroes in their own right. Here’s a video from National Geographic below.