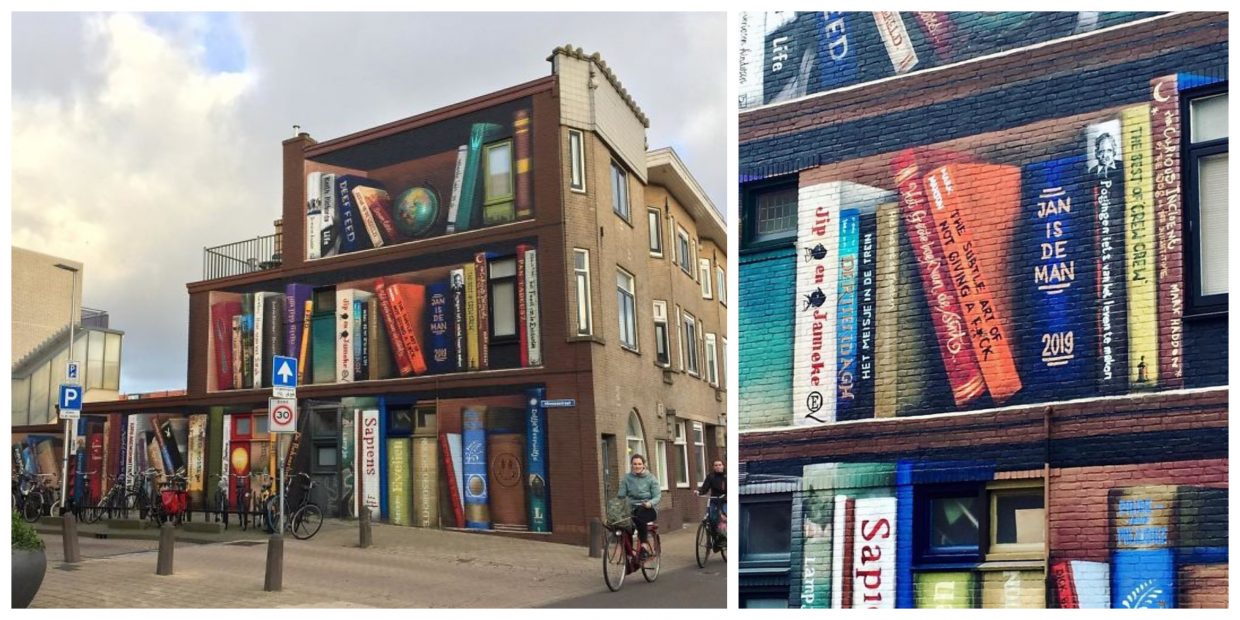 Street artists usually display their masterpieces on an abandoned building, old train tracks or bridges. But, Jan Is De Man, a Dutch street artist has changed the system and enacted his lively works where communities want to connect.

His aim is, ‘where everyone can identify themselves’ by asking for the involvement of the residents’ who commission him.

A fellow street artist, Deef Feed, helped Jan in his project, one of much collaboration between the two, being co-owners of a tattoo shop named “Blackbook Tattos” centered in Utrecht. 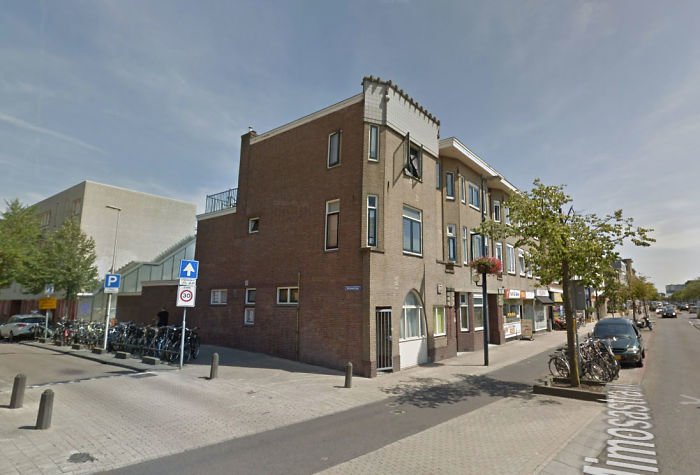 Jan Is De Man said that the location for the mural came before the concept, “I know the people who live on the ground floor very well. They’ve wanted a mural by my hand for a while. They also wanted to let me feel free in my design as long as it would bring something positive to their neighborhood. The first idea was to paint a smiley. A very big smiley. Because I believe people become more happy when they see a smiley every day. But this idea didn’t feel complete, it felt too simple.” 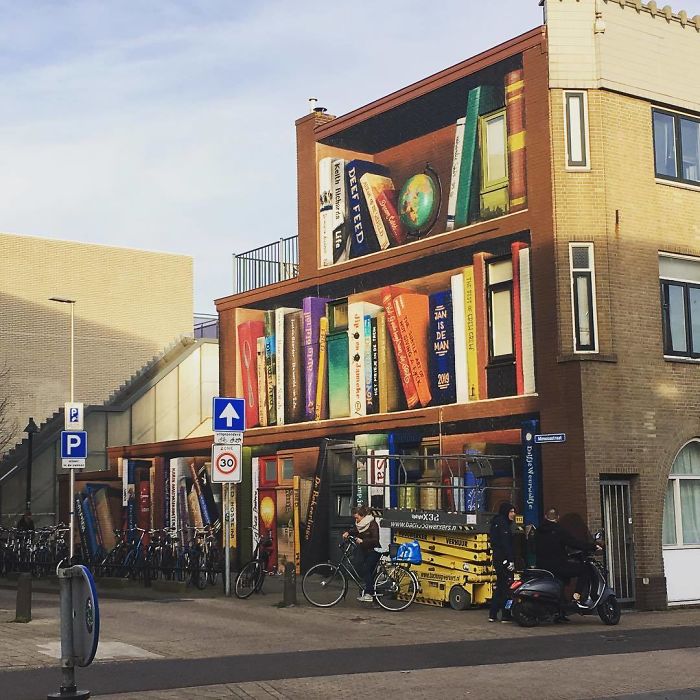 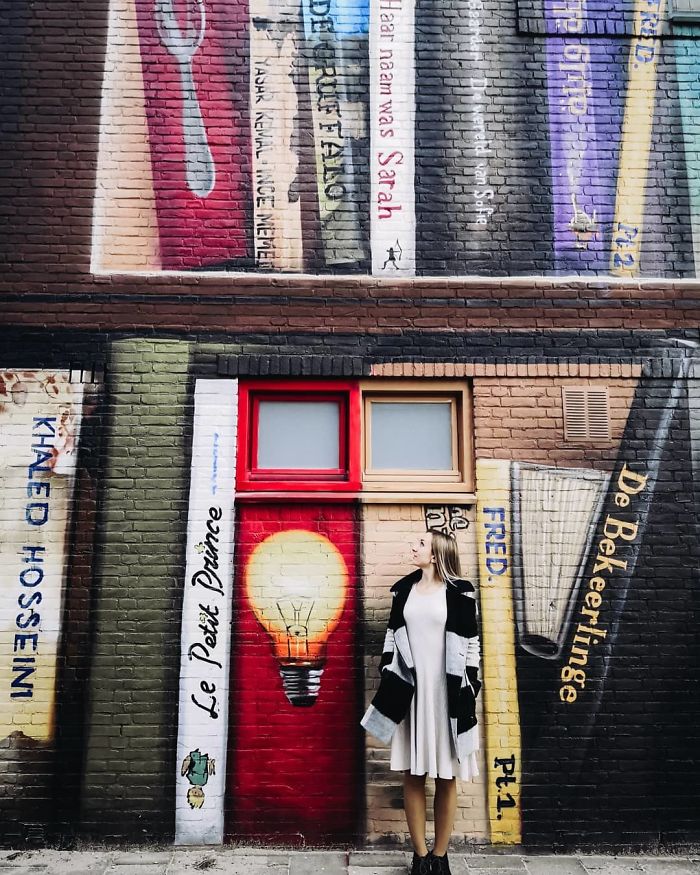 He came up with the idea for an l’oeil mural after studying his canvas, “visual illusion in art, especially as used to trick the eye into perceiving a painted detail as a three-dimensional object.” He said that, “I studied the shape of the house and the location where this house stands in and suddenly the idea of making a huge bookcase hit me. I love making illusions on walls and I like to see smiles on people’s faces and this idea (I thought meanwhile) could bring all this together.” 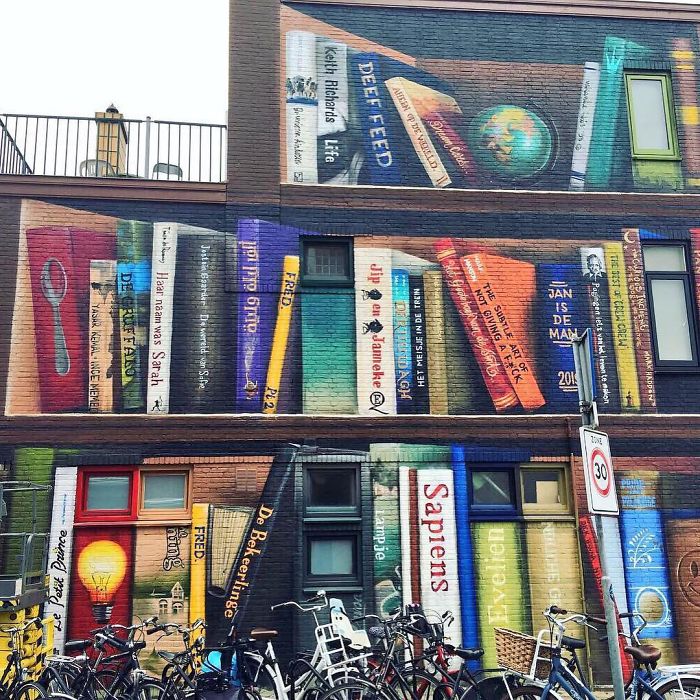 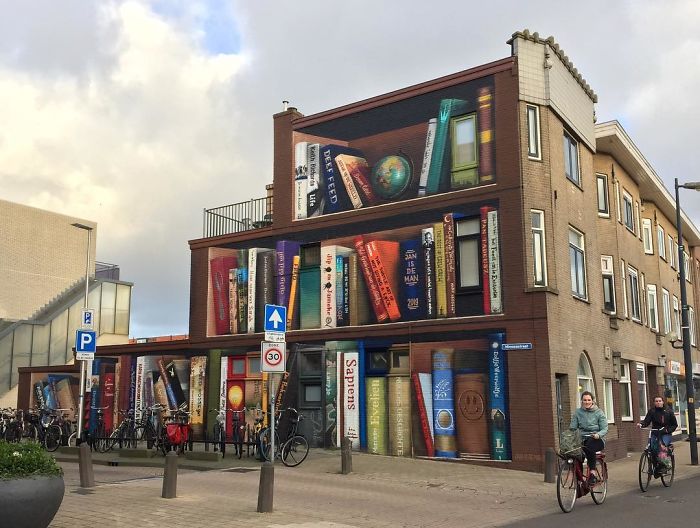 Part of the concept was to involve the residents’ in the artistic process, “we entered the community by asking people for their favorite books we were able to put 8 languages and cultures together in the same concept. Everybody, every age, every culture, every language was welcome. The only rule I set up to participate in this art project was: no political books and no religious books. Besides that every book little was welcome.” 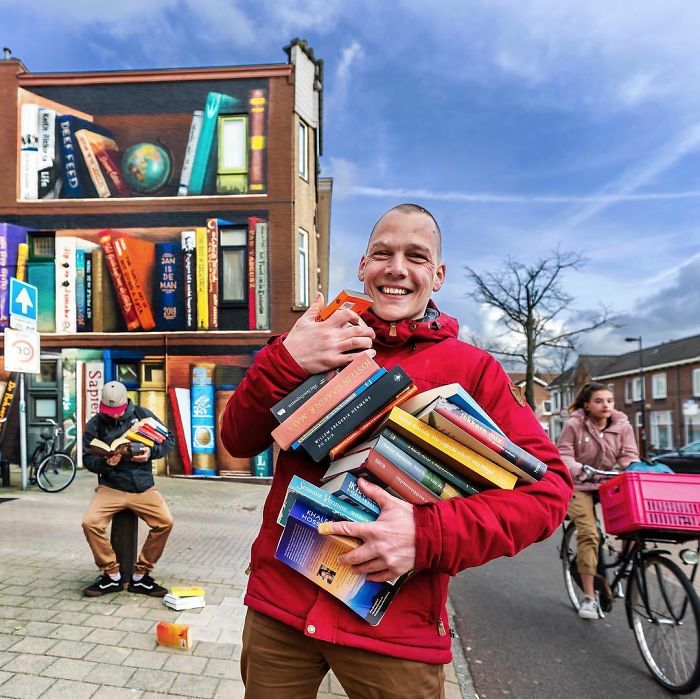 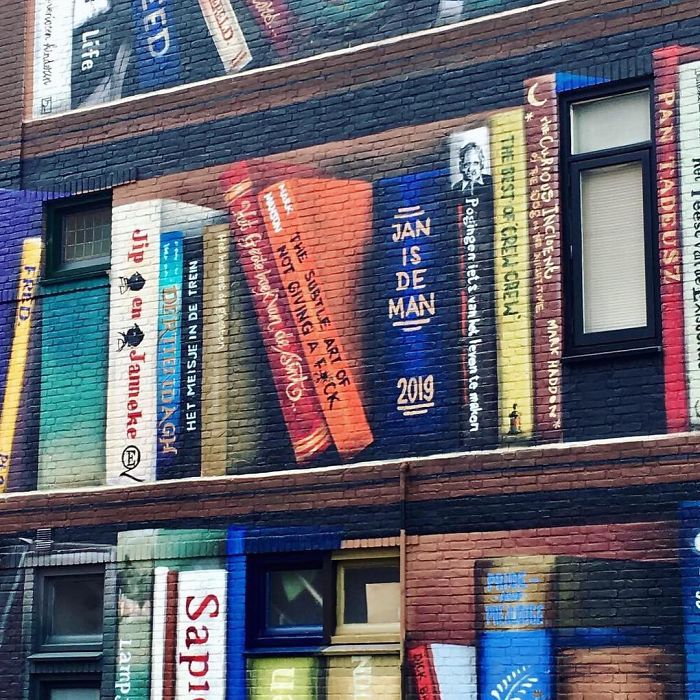 Jan responded when he was asked about favorite titles, “I am really fond of “the curious incident of the dog in the nighttime” written by Mark Haddon And of course the Playboy.”

The mural has become an artistic source bringing neighbors together and also an attraction stopping visitors in their tracks to take literal selfies with the famous work. “The neighborhood where this work was made is filled with different cultures. And I’ve noticed that this project brought (and hopefully for as long as it lasts) people together without pushing it. They meet each other through books. Regardless of the differences in cultures, regardless of the differences in political point of views. Regardless of being extreme right or extreme left.” 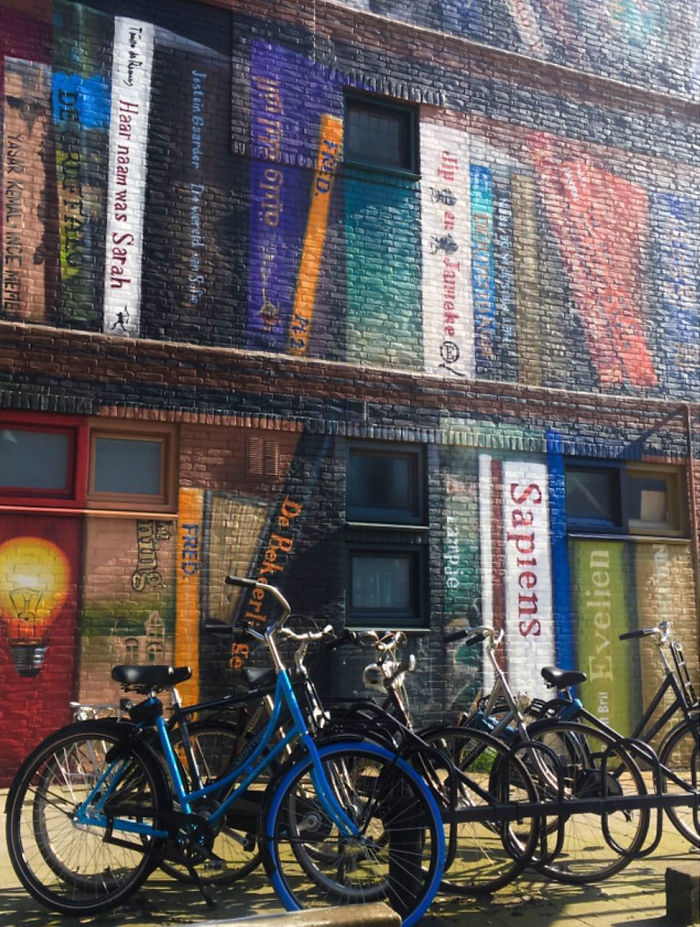 “There is a lot of things coming, but I don’t like to tell plans, because I believe that if you tell your plans they don’t work. It sounds corny, but in the end, actions speak louder than words.”