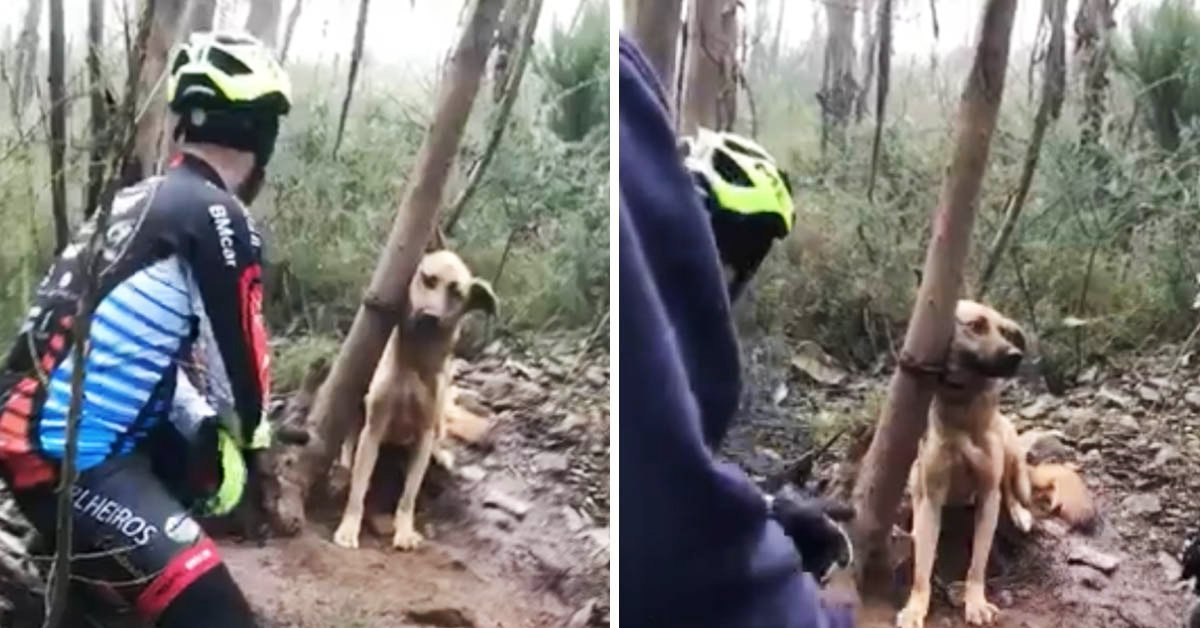 While group of cyclists was cruising through a dense forest in Portugal enjoying the forest they saw a heartbreaking scene, a dog tied to a tree tightly that it couldn’t even move his head.

It was so weak with hunger and could not even stand. Some cold-hearted human had tied the dog to a tree and left it to start off in the forest to die. 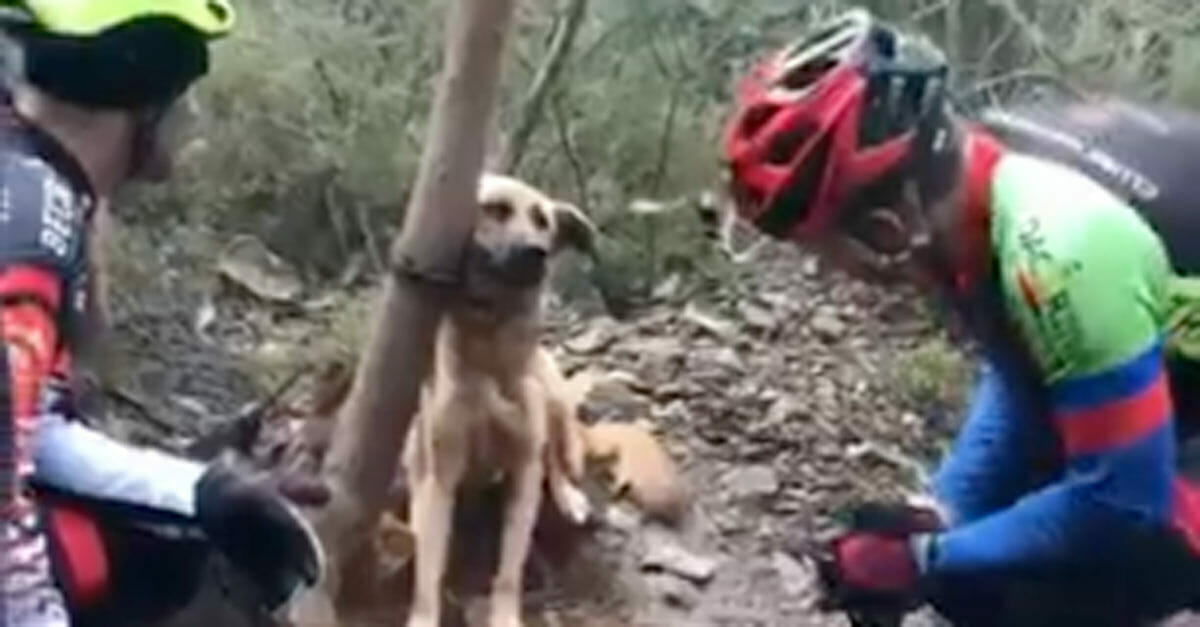 As she was tired and afraid to react, they approached it very carefully to avoid startling her. 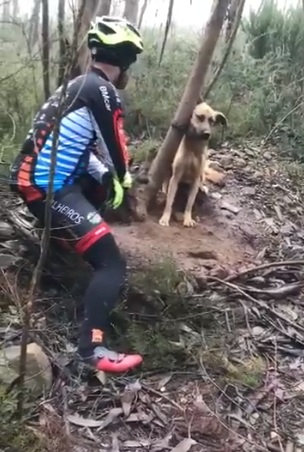 While others offer her some food, they carefully caress het fur and let her smell their scent to distract and gain her trust. While she was eating food, they cut her loose.

The cyclists were praised by Animal Organization of Portugal, calling them heroes for rescuing the poor pooch. Many people in the social media reacted to this sad story and even showed contempt for the assailant who left the poor hound to starve off.