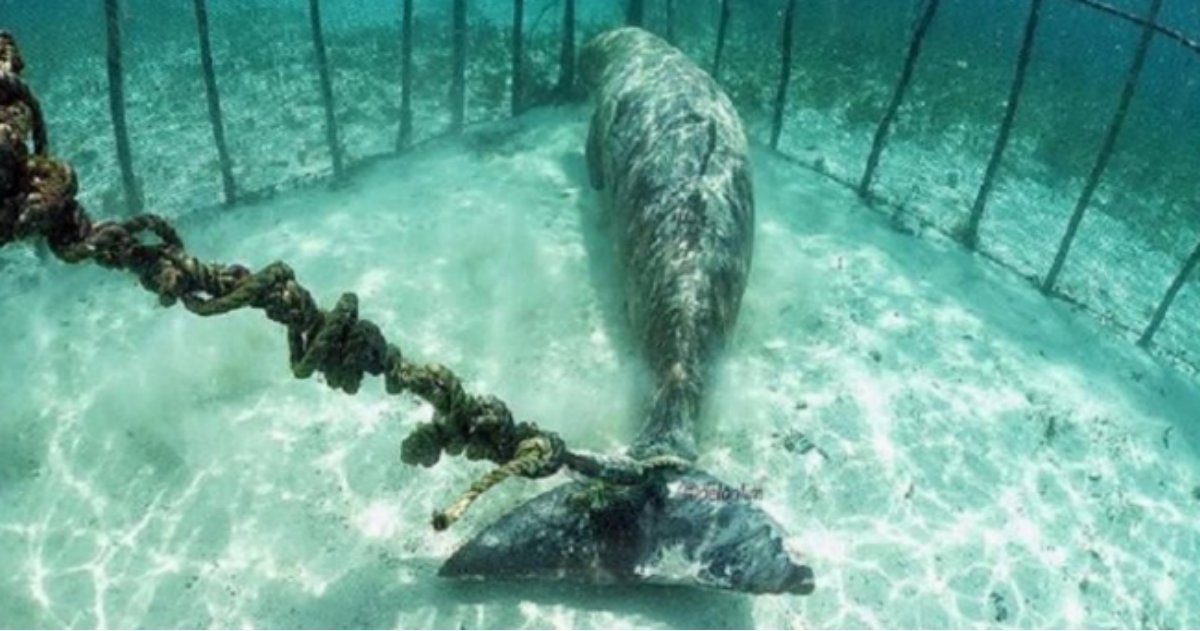 Fair warning: The following images are incredibly disheartening. Divers were shocked to find large sea creatures chained underwater and trapped inside small cages while exploring the waters near the remote island of Kokoya, Indonesia. The dugongs are called “underwater cows” because of their size.

How would you feel being trapped in a small cage your entire life, that’s what has happened to many animals because of human’s actions.

They were even not allowed to keep each other’s company and caged in separate cages.

The caged animals were captured by a local fisherman who wanted to turn them into a tourist attraction. A person said that “he asked for some money if we want to see the dugong or take a picture,” he also said that the divers could take photos and videos in the cage with the mother if they wanted to.

“The ropes are worn and torn. The scars and the wound on her tail are so deep. It was very heartbreaking,” said one of the divers, Delon Lim.

Then they tried to convince him to release the animals. Lim added that “when we left the island, the fisherman agreed to release them.” As they were not confident he would release them, they have taken social media to create enough backlashes to compel him to do so.

The following photos were taken by the divers and posted on social media: 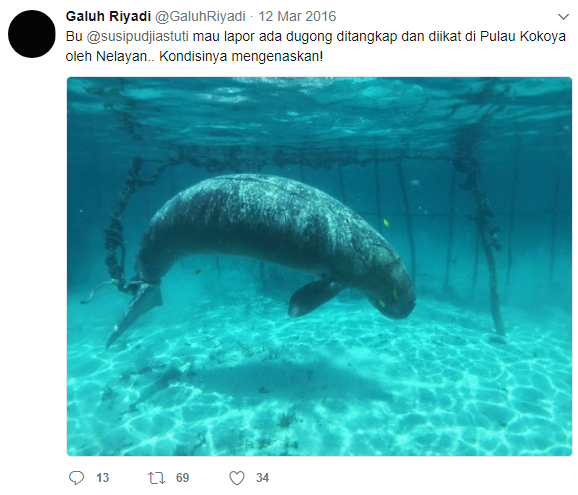 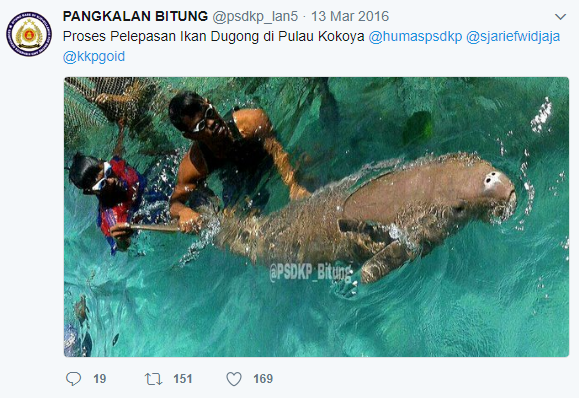 After a few hours later posted a video, the wildlife authorities contacted them asking for the precise locations of the animals and they set the animals free the next day.

We can see from this how one person can make a huge difference. The diver was very sad to see what’s happening to the animals and wanted to stand up for them and release them to have their freedom.

It also shows how social media and the internet are powerful. If we post something online, it reaches so many people over the world and it can educate other people and make positive changes in the world.

We all need to stop animal cruelty. This is only one known situation, but there are much violence against animals happens all around the world in every single second such as factory farming, zoos, the fashion industry, restaurants, and other animal attractions.

We all have to work in hand to hand in order to protect other species too.