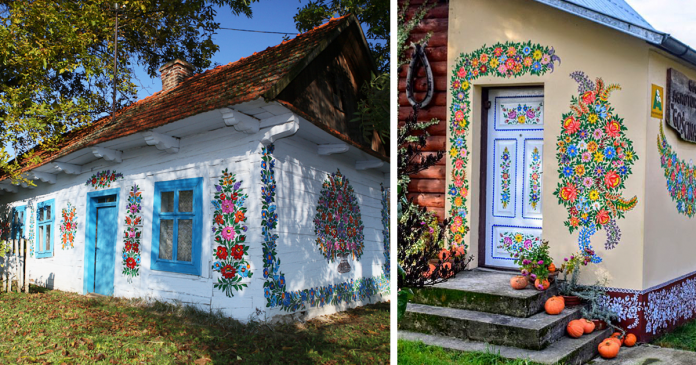 A village in the southeast of Poland which is named Zalipie looks like a fairy tale brought to real life with colorful paintings of flowers that can be literally seen everywhere you look.

In the 19th-century this all started with the implementation of chimneys into houses. Before that, the smoke was coming into the rooms, covering the walls with soot that was supposed to come out through a hole in the ceiling, so the walls often had to be whitened with lime. The white surfaces remain white with the help of chimneys. Then people decided to use those white walls as a canvas for flower paintings. This flower painting engulfed the whole village, which even had the Painted Cottage Competition (Malowana Chata in Polish) at some point.

Now the whole village stands as an inhabited gallery with the painting. Sp, that they can celebrates color and nature’s beauty daily.