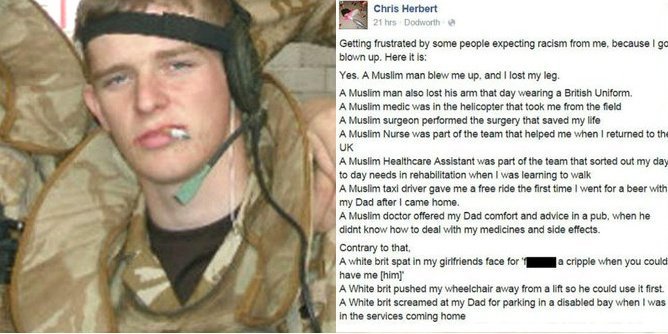 Because of a post attacking Islamophobia, a British Army soldier who lost his leg in combat has gone viral on Facebook.

Chris Herbert is a British Army soldier has served in the British Army in Basra, Iraq. In 2007, when a bomb exploded next to his Land Rover back, he lost his right leg.

In the same attack, Private Luke Simpson, one of his friend and comrade, lost his life and two other soldiers were injured.

Chris was 19 years old when he met with this bad injury.

Chris’s ‘frustrations’ were expressed on Facebook to people who thought that he would be racist after the incident when people generalize things and be furious to the entire Islamic Religion.

Herbert wrote in a post that has since been deleted: 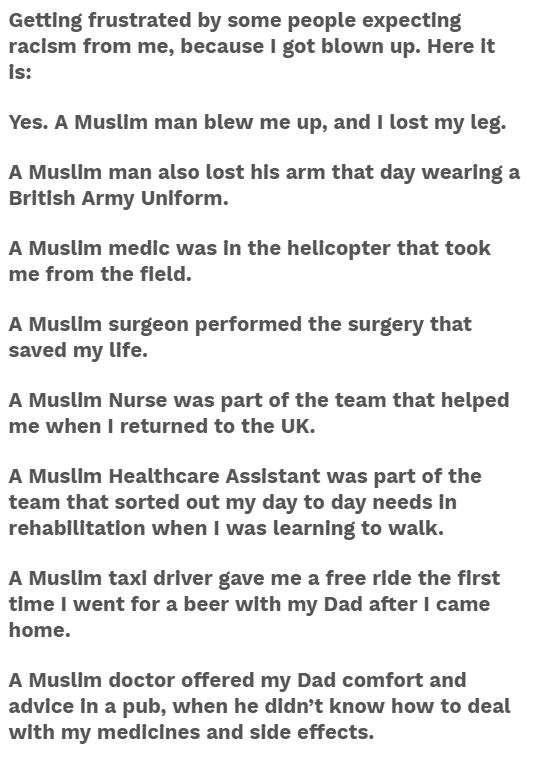 Herbert lives in Portsmouth. He has explained why Islamophobia operates on fallacious logic. 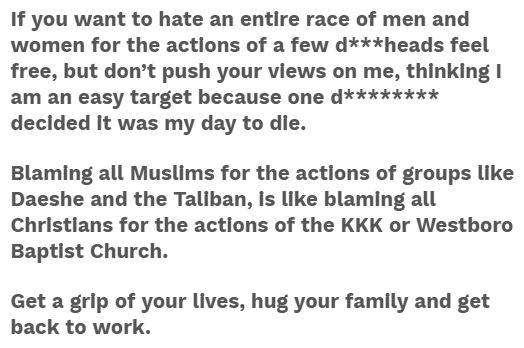 At the end of the post, he added, “Get a grip of your lives, hug your family and get back to work.”

Many people had the same fallacious logic about the Islamic Religion and it was ended with his powerful message of compassion and love.

The post has comments such as “You’re a wonderful person,” to “Amazing words”.

The world famous J.K. Rowling has also tweeted about the incredible story:

Share this incredible story with your friends and family.