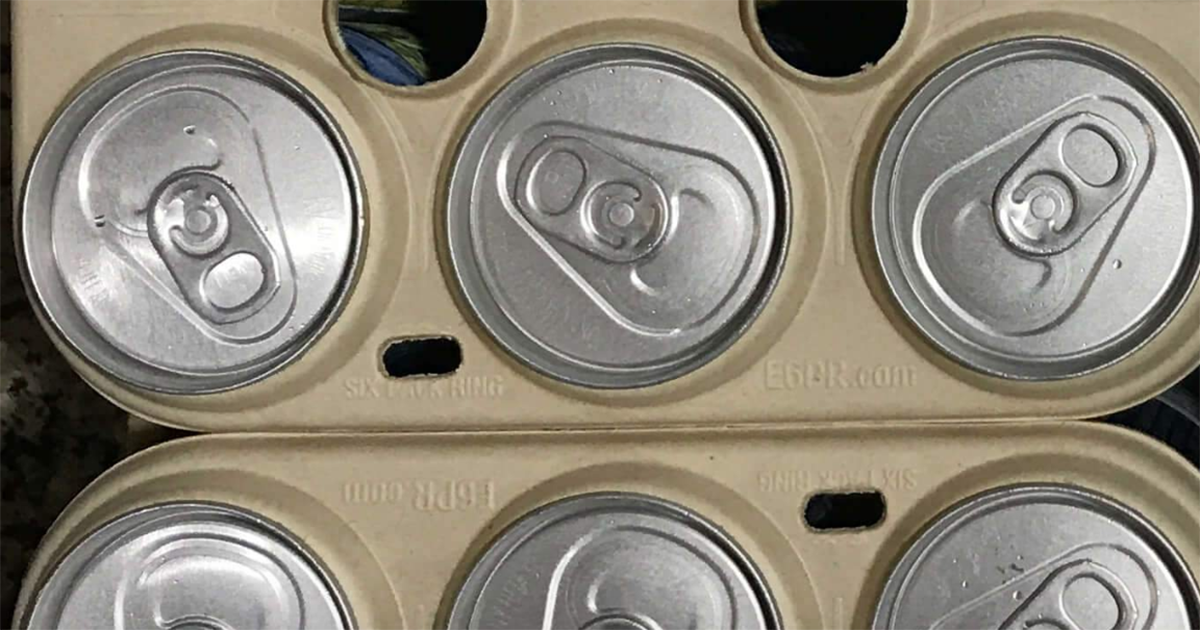 The plastic six-pack rings tangle the wings of sea birds, warp the shells of sea turtles, and choke seals, so it can severely damage marine life. The Gulf of Mexico has invaded by plastic pollution as it has one of the highest concentrations of marine plastic in the world.

A solution was found by one brewery in Florida that is a- bio gradable six-pack rings that can serve as a snack to wildlife which is made out of wheat and barley.

At first sight, they look like something made out of cardboard. But they are made out of wheat and barley byproducts which have been compressed into a touch, durable material, which can sustain the usual wear and tear associated with transport and storage in a refrigerator.

Saltwater Brewery, a craft microbrewery in Delray Beach as developed these rings with a startup called E6PR (short for Eco Six Pack Rings). In order to help bring manufacturing costs down, they want other breweries to purchase the new rings.

According to Peter Agardy, head of the brand at the brewery, it is a large investment for such a small brewery created by fisherman, surfers, and people that love the sea. Because of that the president of Delray, Chris Gove, admitted that they hope they will influence the big guys and inspire them to get on board.

The project was a collaborative effort between New York ad agency We Believers, Mexican biodegradable supplier Entelequia, and private investors from the beverage packing industry according to the CBS News. These rings will be compostable when disposed of properly, and biodegradable if they end up being littered as they are made with “by-product waste and other materials.”

Even though the brewery is testing the rings with a group of craft breweries, they won’t discuss specifics now. One of the potential ways to turn the tide toward cleaner waters is E6PR.