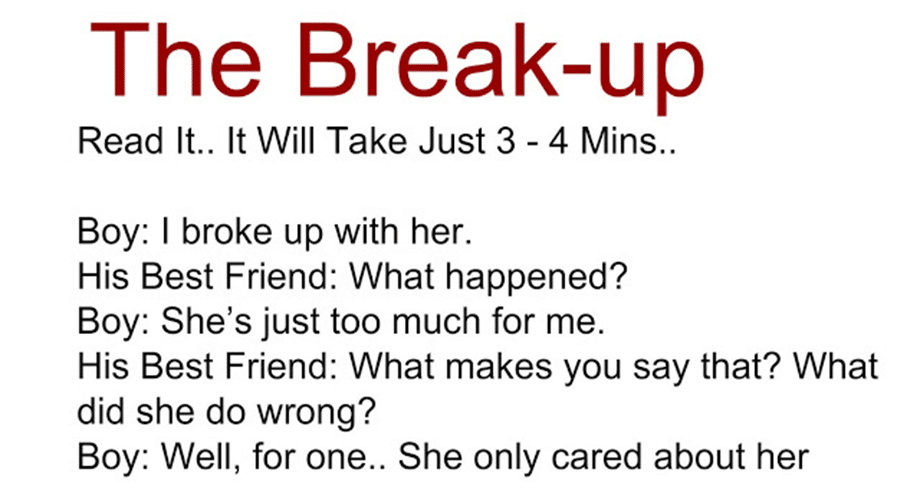 Take 3-4 minutes from your time and read it.

Boy: I broke up with her.

His Best Friend: What happened?

Boy: She’s just too much for me.

His Best Friend: why do you say that? Did she do anything wrong?

Boy: Well, for one. She only cared about her appearance and to look good, always took forever to get dressed! She is so insecure.

His Best Friend: So, that’s why you broke her heart. She just wanted to keep your eyes locked on her. She wanted you to see that you have the prettiest girl under your sleeve and not think otherwise? I see. 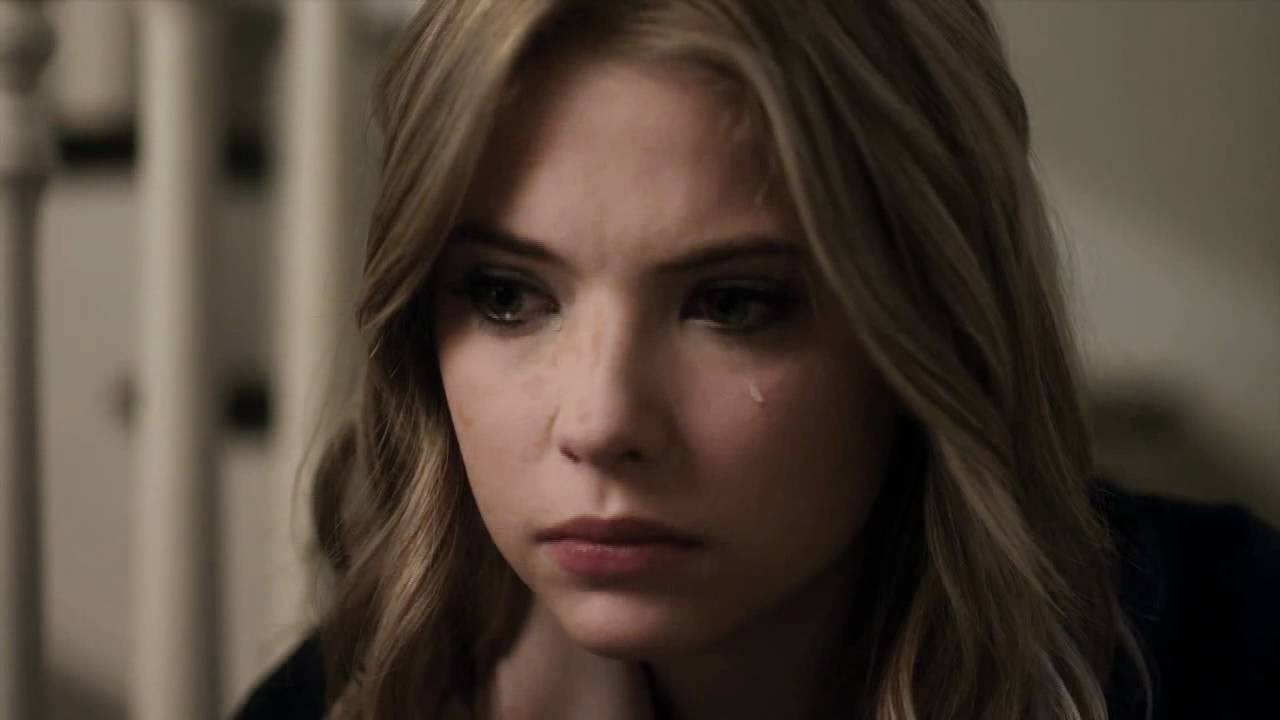 Boy: Oh. Well. She’s so clingy! She’d often call me or text me asking where I am, who I’m with, telling me not to smoke, not to drink.

Boy: But, she’d always cry when I say something slightly mean. She can’t handle anything. She’s a crybaby!

His Best Friend: So, you broke her heart because she has feelings? And because she just wanted to hear you say you love her? I see.

Boy: Well! You know, she’d get jealous easily. I could barely talk to other girls! She’s so annoying! I had to hide it from her so she wouldn’t bitch about it.

His Best Friend: So, you broke her heart because she just wanted you to commit to her? She thought you were faithful, but you lied so she could find out later and hurt even more? She just wanted the guy she loves the most to love only her. I see.

His Best Friend: You broke up with her because she’s good for you? She just wanted the best for you? She’s broken now because you were selfish. Are you proud?

Boy: I broke her heart. Because I couldn’t see what was happening. What happened to me?

His Best Friend: You lost the girl that loved you like no one else could. You see? You didn’t want her when all she ever wanted was you. THAT’S what happened.

Sometimes we don’t realize we are losing a diamond while collecting stones.

When she’s too much for you it means she just wants the best for you as to her YOU’RE the best. Talk to her about if you don’t like something of her. You mean so much to her. Don’t just give up. Don’t just leave because you want the easy way out.