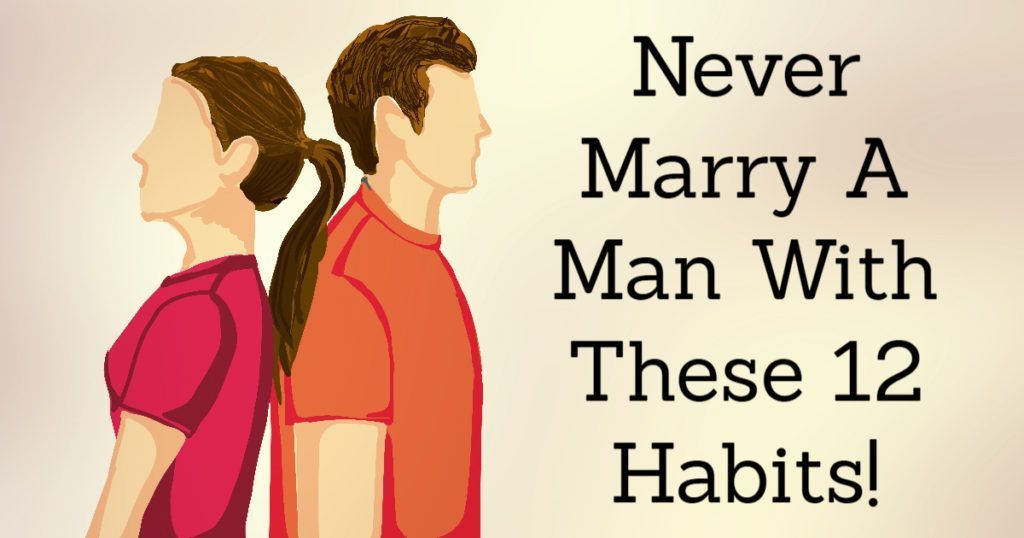 Without thinking of anything else, you marry the man you love. When we are blind in front of life, we make some bad choices that make us regret later in our lives. It would be really great if we could marry the man of our dreams with all the best qualities.

If you’ve got a man who thinks you are not worthy, doesn’t like to be seen with you, thinks of you nothing more than his wife and thinks you don’t have the qualities he’s looking for, it’s the worst dream ever.

Here Are Some Qualities That You Should Reconsider Your Choices And Don’t Marry Him!

If he’s not giving time to you right now, how would you think he’ll going to take care of you after you marry him? So, he needs to balance both properly.

Here is another reason to break the relationship and not marry him. If he can’t respect you and abuse you, just leave him. You should never ignore this bad quality of your man.

It’s like a nightmare to spend the whole life with someone who is not open-minded. If you had to be with someone for the rest of your life who restraints you from doing all the normal things just because of his fear of things going wrong or his mistrust on you, you’ll surely regret someday.

You don’t want to spend your whole life with someone who can’t make you feel important in his life. He’ll make excuses all the time for making some other thing important than you as you are not the priority of his life.

Every relationship should have trust between each other. If he lies to you and breaks the trust in you, how would you be with him for a lifelong time?

In every relationship, there should be little, little arguments. But if he doesn’t agree to settle the fight, you need to move away from him.

If he forgets something and breaks a promise you can forget it if it’s done once in a blue moon. But if he does it very often, you should leave him as he’s just making a fool of you.

If he thinks that everything he does is right, his decisions can never be wrong, he never experiences any moments of epiphany and never doubts anything he does, you should leave him as it can be harmful to you too.

If he doesn’t love animals and ask you to choose between your pet and him, choose your pet as it’ll stay loyal and love you without asking any choices.

If he doesn’t give your personal space to you and cling to you more than usual leave him as it means they have insecurity issues or they don’t trust you with your actions.

You cannot forgive him always. If he cheated you and you’ve given a chance he’ll do it again, so don’t be with someone like that.

If he throws people off after a minor fight, and behaves immaturely and can’t handle things like an adult you need to reconsider the choice to marry him.