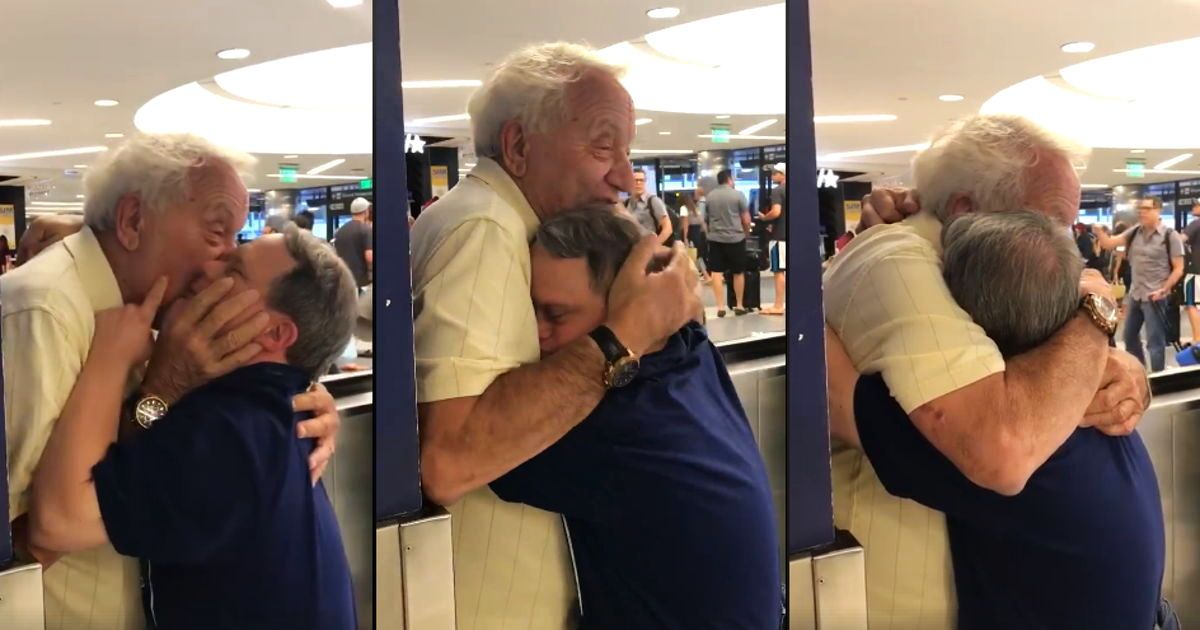 Here is a moment a father has reunited with his Down syndrome son after a week apart and it’s actually heart melting.

Matt Cobrink, 53, lives in Los Angeles with his father Malcolm, 88. Matt was flown to New York to meet his favorite baseball player, Aaron Judge of the New York Yankees.

It was the first time in 25 years since his mother passed away to be away from his father for a week.

Matt’s sister Marcy recorded the reuniting of the two as she knew how much Matt misses his father.

Matt is almost tripping over himself and rushing down the escalator and sharply turning at the end to greet his father.

Your heart will surely melt after watching this.