Home Health Health & Wellness After Watching How Jelly Based Sweets Are Made You Will NEVER Eat... 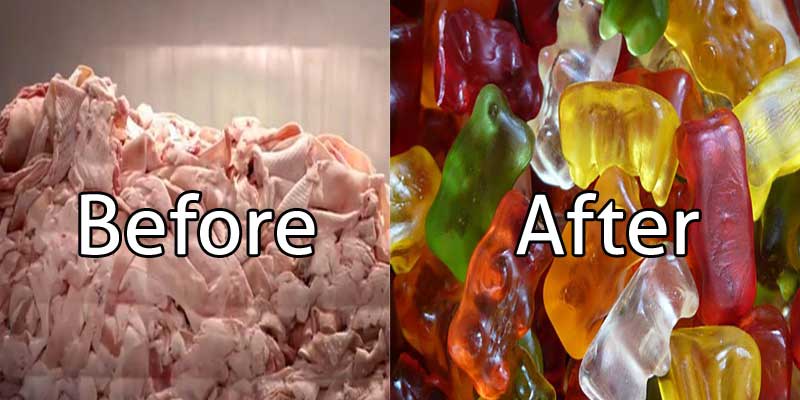 I missed being an innocent blissful little child who would eat gummy bears and other sweets once I watched this video. I can remember eating the odd jelly based sweets and people would say to me that it is made from gelatin which didn’t stop me from eating all those sweets before I became vegetarian a few years ago.

You are going to see how gummy candy is made in the following horrifying short film thanking Belgian filmmaker Alina Kneepkens.  You’ll think twice before eating these sweets again when you see that the gelatin in the candy is literally taken off of the skin of pigs.

But there are also vegan gelatin substitutes that some candies are made of such as like agar which is a popular substitute for gelatin that is obtained from algae.

According to Kneepkens short film, she states  that “‘Jelly’ is candy. But only a few people know they’re made of gelatin from the skin of pigs. Sweet ?”

So share this article with everyone you know, especially your vegan or vegetarian friends as they too can be aware.