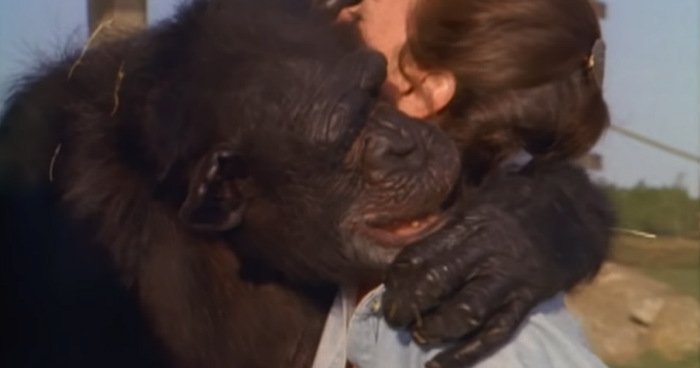 Chimpanzees are similar to humans and they are great apes. They are native to the continent of Africa.

You can differentiate an ape or a monkey by its tail as monkeys have tails while apes: chimpanzees, bonobos, gorillas, orangutans, gibbons, and humans do not have a tail.

Chimpanzees are humans’ closest living relatives along with bonobos. Humans and chimpanzees share 98% of same DNA.

There are millions of chimpanzees live throughout Africa from southern Senegal through Central Africa to western Tanzania. It’s big same as the United States.

There are only few thousand chimps live in captivity while vast majority live in the wild.

The chimp population was decreased by 90% in just the past twenty years in the Ivory Coast according to a recent census.

Linda Koebner was a part of a program that was reintroducing several lab chimps to the wild twenty five years ago.

When she was doing her work she befriended Doll and Swing. These two chimpanzees were locked for years in behind bars and they were not seeing the sun or touching the grass for long.

Linda once visits these two friends to see if they would remember her.

It was a moment that you’ll start to cry after seeing the video. This also became the award-winning film Wisdom of the Wild.

Thanks to Argofilms for this incredible footage!

Watch the video below: