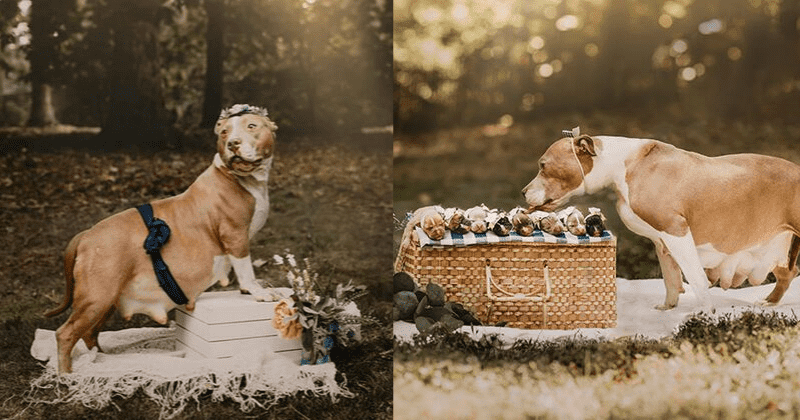 Mama Pickles has given birth to eight little puppies and here’s the newborn photoshoot of them. This will make your day for sure.

When 2-year-old Pickles found, she was very pregnant and needed help. The animal control officers got her off the streets and enquired about her owners. Even though they were found they refuse to take her and she was left at the shelter said The Dodo.

Then she was taken in by an animal rescue center that looks after pregnant, nursing dogs and their puppies called Pits & Giggles Rescue.

Pickles found a new life there thanks to her rescue friends. She was very happy and jumped around in excitement. She was a star at the Pits & Giggles Rescue. 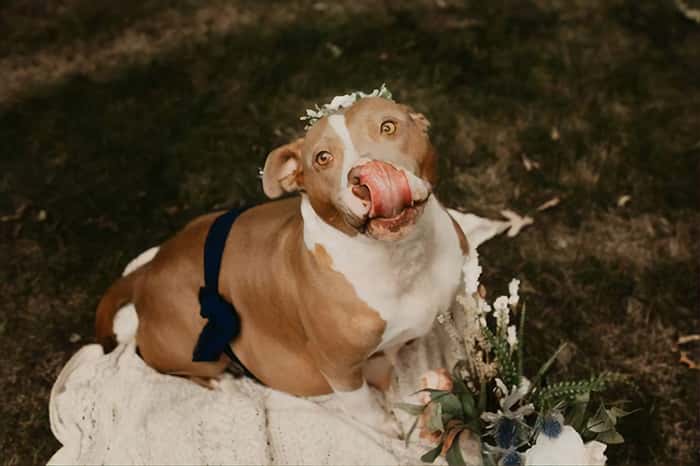 She played with her new friends and had more fun even if she was pregnant. Then, a volunteer with Pits & Giggles Rescue called Lauren Casteen Sykes met Pickles.

Lauren told The Dodo that, “She is a ‘pit bull in a china shop. Mama Pickles is all tail wags and smooshy kisses and must be underfoot and in your space at all times! She is definitely a ‘velcro pitty,’ and certainly has a little bit of mischief in her eyes.” 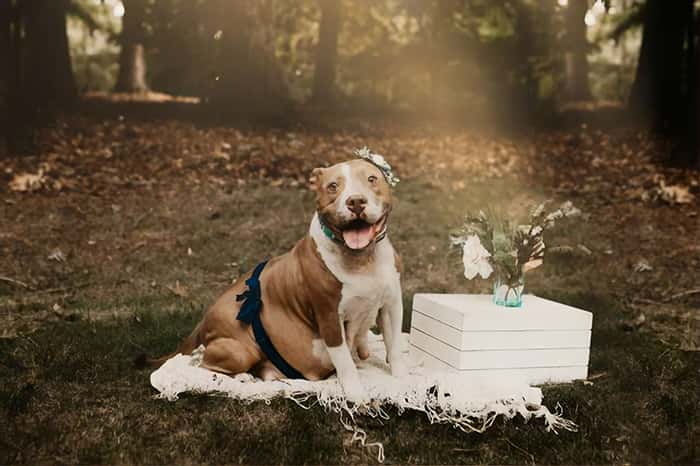 Sykes, the owner of Enchanted Hills Photography should be thanked for doing this incredible photoshoot. She spends her time at Pits & Giggles Rescue, taking pictures of those cute little furballs and help them get adopted. 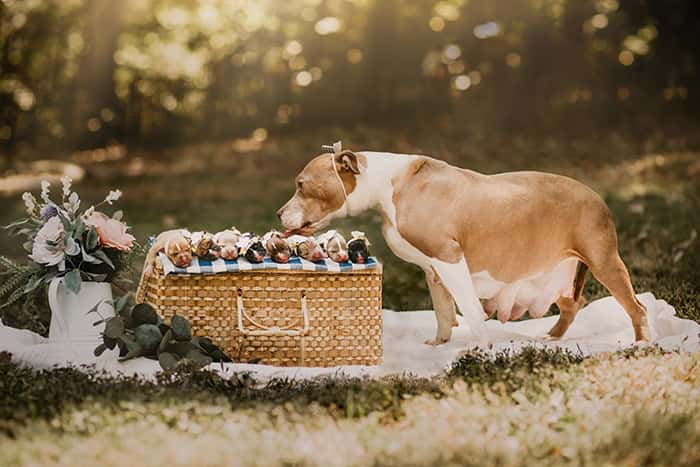 Most specially, the magical thing about Pickles is that the moment she arrived, everyone knew that she was the perfect candidate for a maternity photoshoot.

Sykes said that, “She was so excited she could hardly sit still. She loves affection and treats and was happy to participate! The hardest part was getting her to stay because she loves people SO much!” 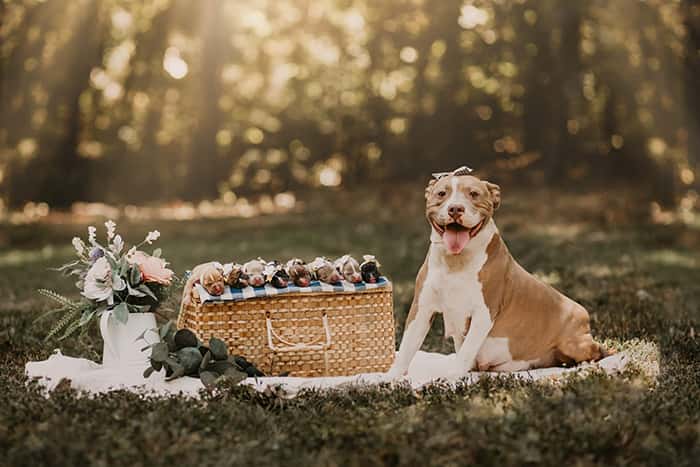 “It was hilarious. She is all belly and a bit clumsy, so getting her posed was not difficult, but getting her to sit still long enough to get a picture was no easy task! Her bows were crooked, falling off and tripping her up — we couldn’t help but laugh, she’s such a cartoon!”

However, Sykes captured some amazing photos of Pickles. This maternity photo shoot will be the best thing you see all day for sure. 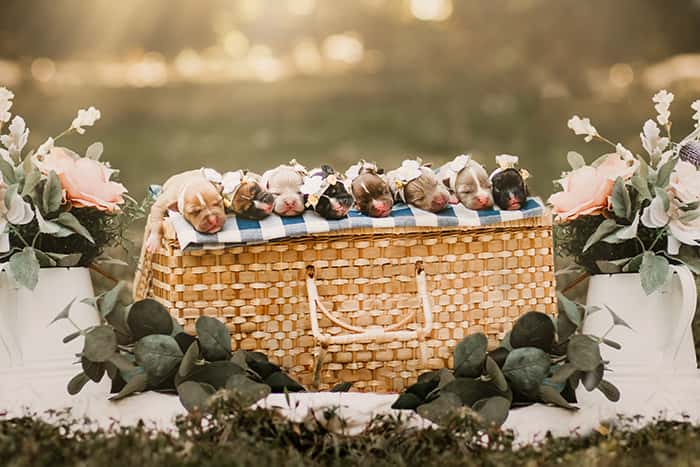 Sykes said, “She’s quite the model. Her legs are certainly too short for the runway, but she was really loving all the attention and affection.”

Mama Pickles gave birth to eight healthy puppies just after a few days. They altogether had a newborn photoshoot and this is the cutest thing that can be ever seen. 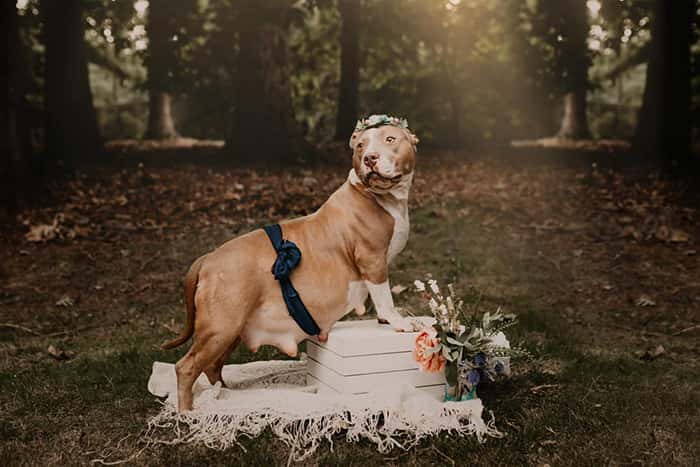 Pickles and her cute babies will have a lot of fun at the rescue center with the other doggos when the puppies will be up. Sykes said, “This girly was clearly used repeatedly for breeding and we’re excited to make sure this is her very last litter.”