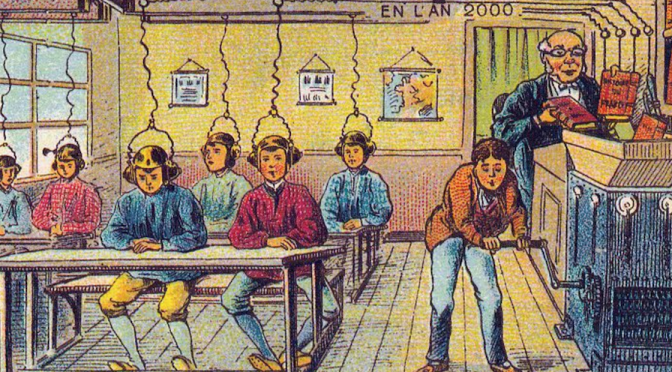 There have been many fortune tellers, scientists and philosophers. Many people from history have tried to predict what the future holds for us all. Hildebrand’s, a leading German chocolate company depicted their ideas on a set of cards of what the year 2000 would look like.

It was named as “The Sweet Life”.

Capable of crossing the sea and then driving on land, transportation has never been easier. 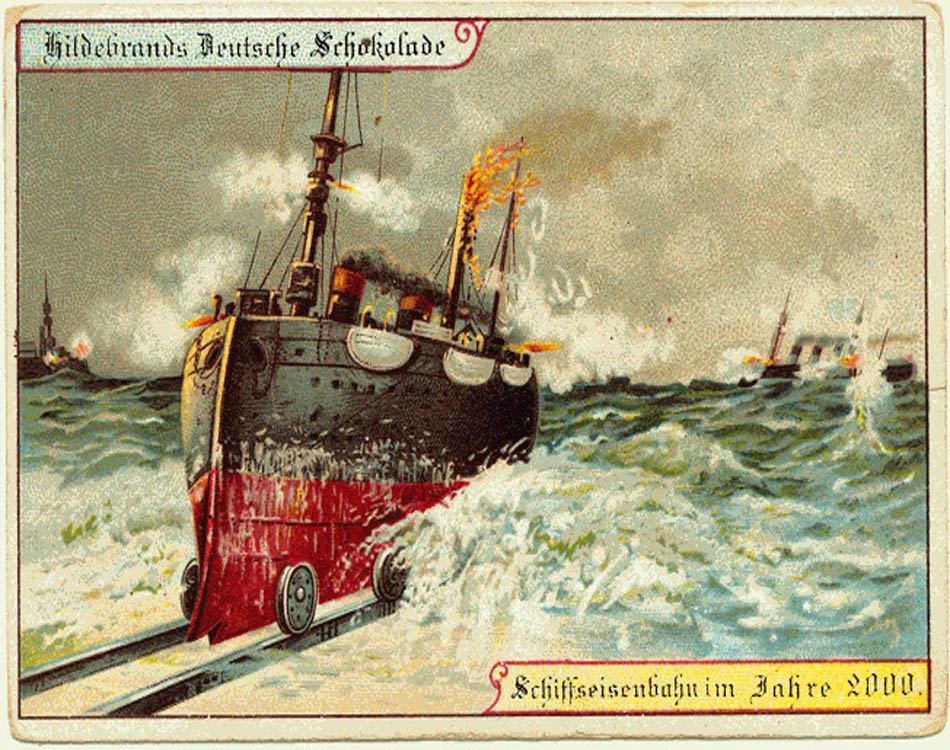 It’s a bit embarrassing that personal flying machines have not yet become a thing. How easy would it have been for us to reach our destination if we could simply skip the traffic! 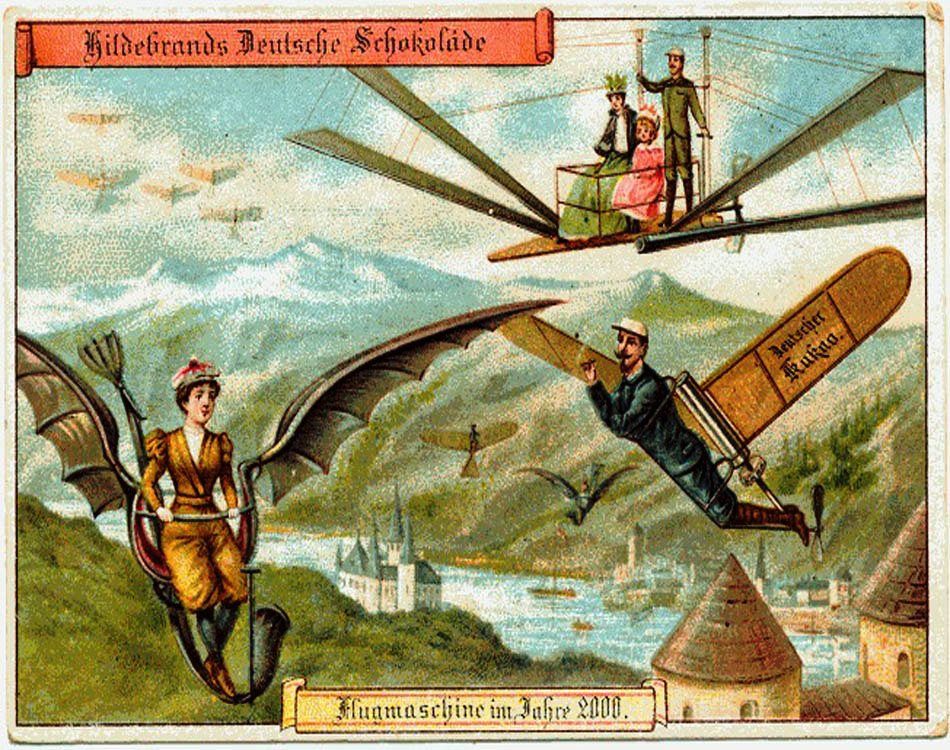 Craving a change of scenery? Simply move your house! 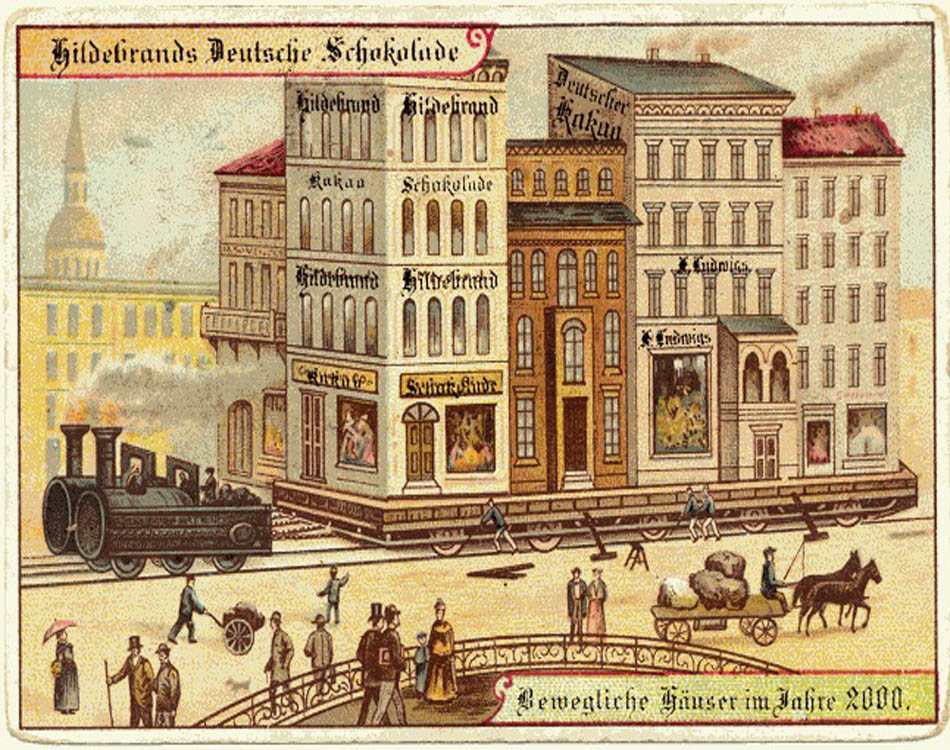 Movable pavement sound strange? It was believed to be a future advancement for us all. Some complete with built in benches, this would ensure the public safely crossed roads without even walking! 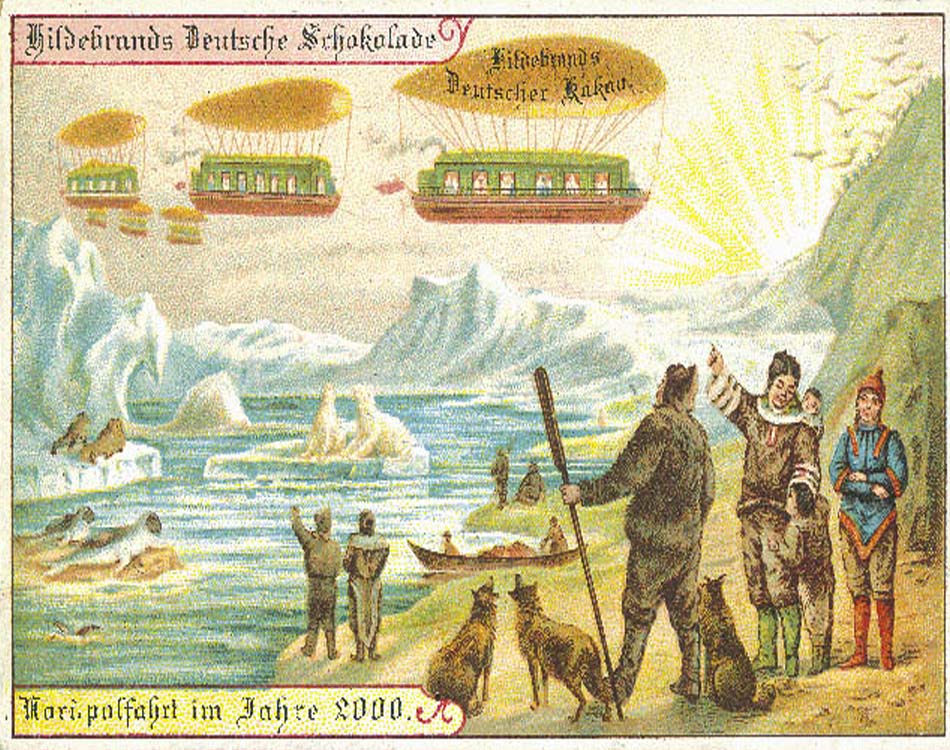 Needing only a light jacket and some hiking boots, you could easily traverse the terrains of the North Pole. Feeling like a nice escape from your dreary winter, a nice balloon trip could sort that you for you. 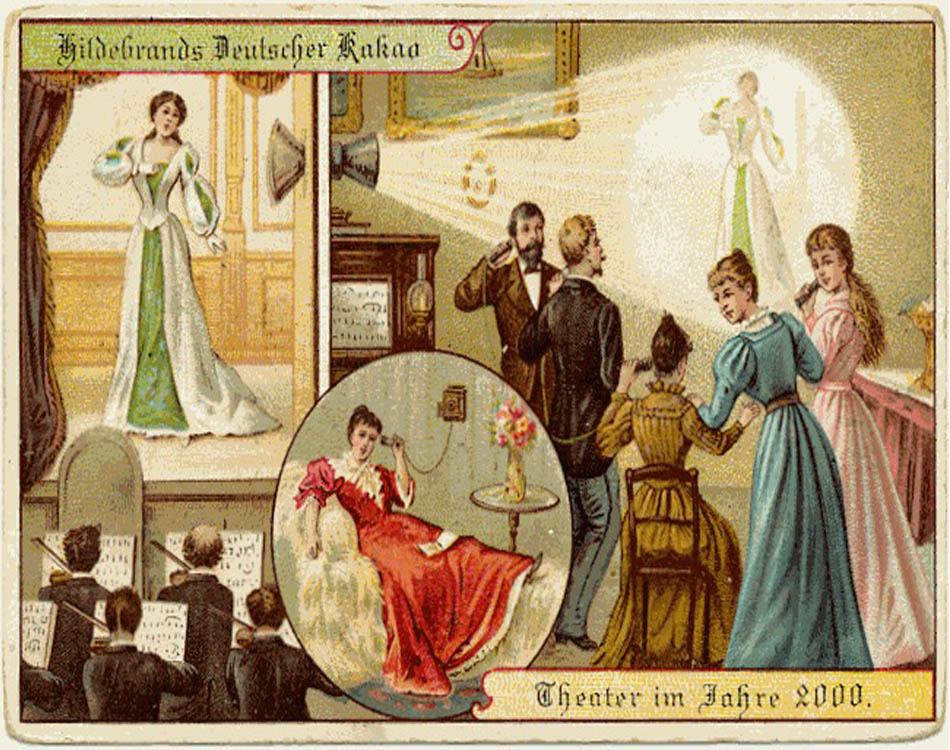 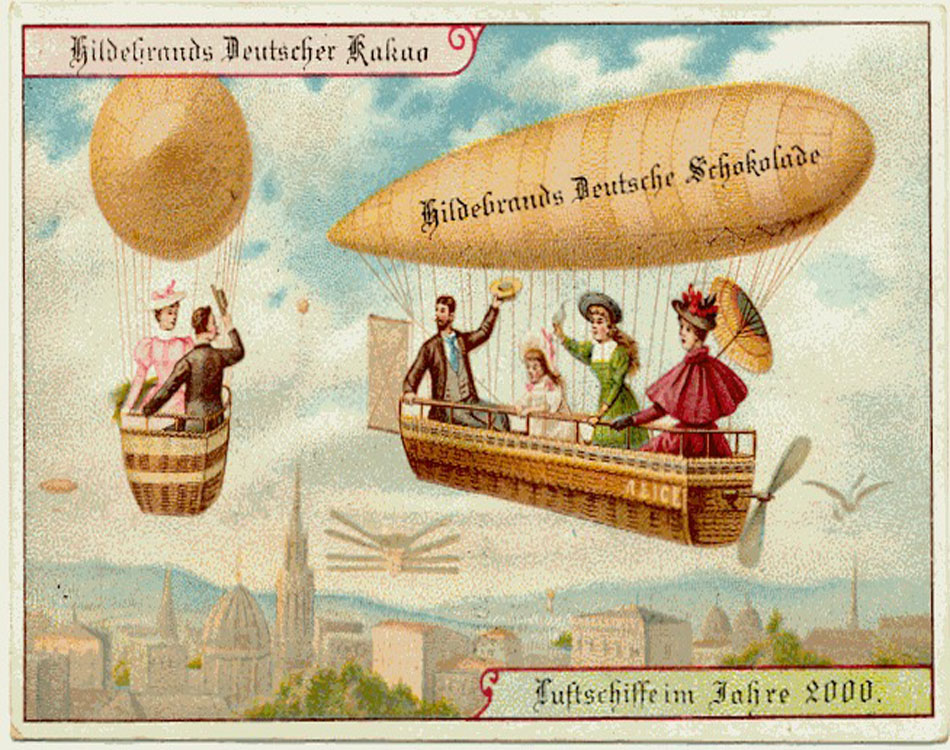 Personal airships would decorate the sky. Leaving carriages and crowded streets, one could effortlessly reach their destination without the combined stress of day to day bustle. 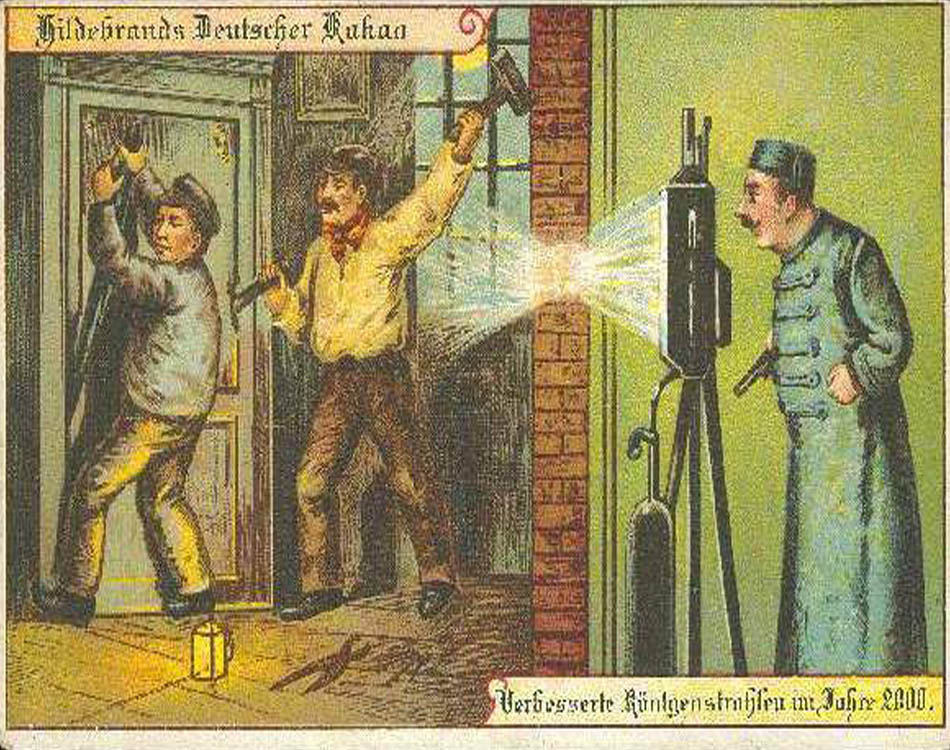 X-ray machines, which could see criminals in the act. This could have provided useful when the police were in danger of going in to a crime scene blindly. 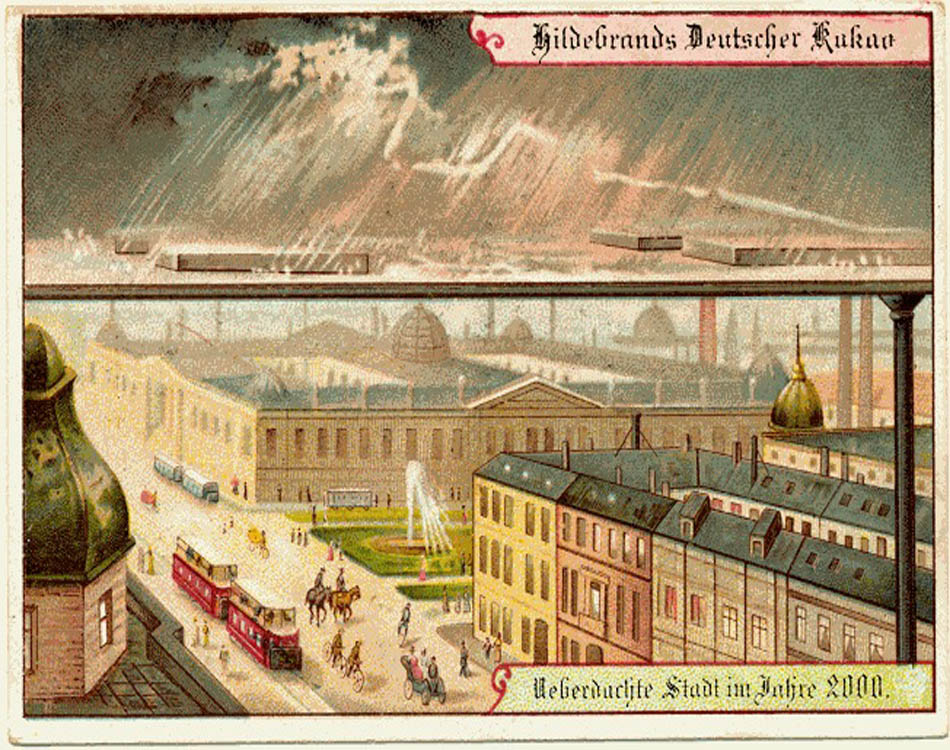 Roofed cities may actually have provided quite useful. If correctly constructed, an eco friendly environment could easily be formed. More commuters could walk or cycle, reducing emissions 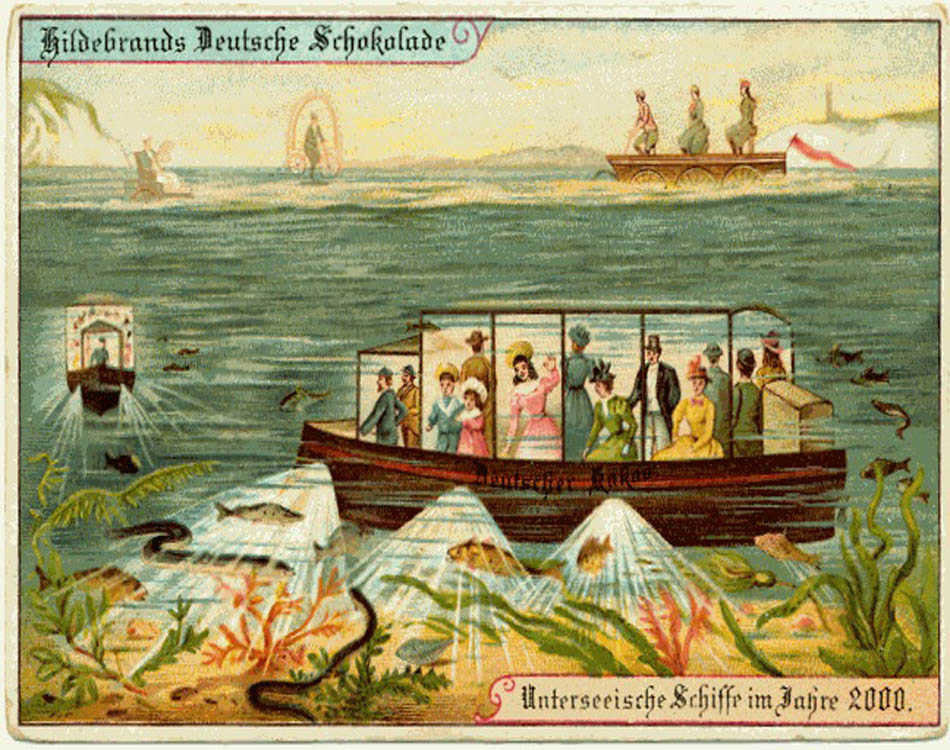 This one isn’t too far from reality. Glass bottomed boats exist and tourists can now tour harbors and coast lines with a view of the ocean. 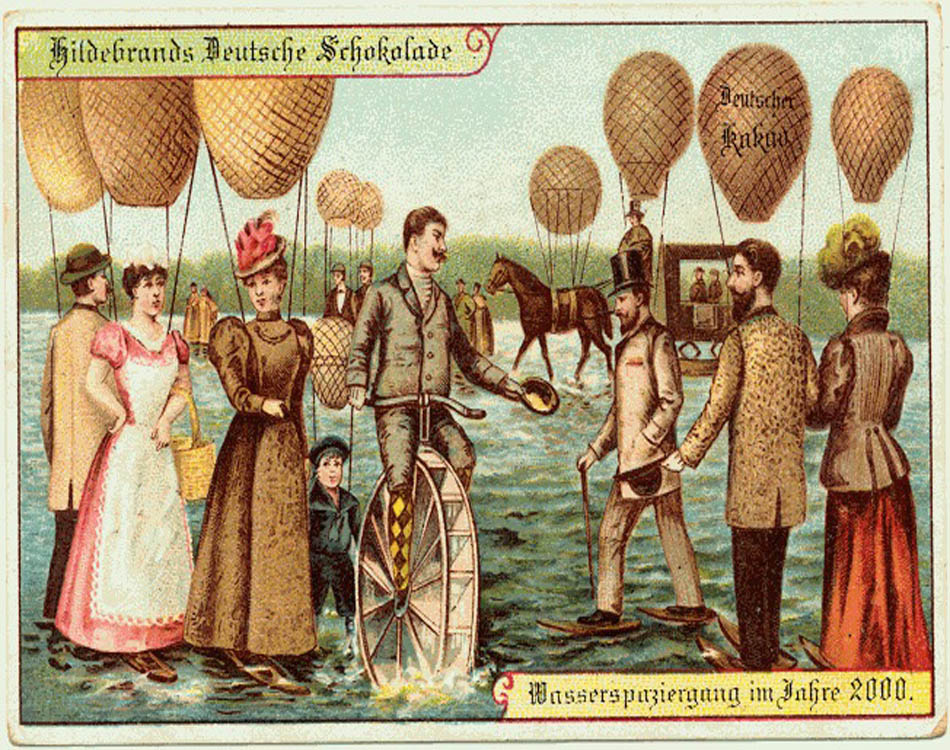 Imagine being able to walk on water. Sporting balloon harnesses and little “shoe boats” to keep their feet afloat, one man even rides a waterwheel across the river. There’s even a floating horse and carriage! 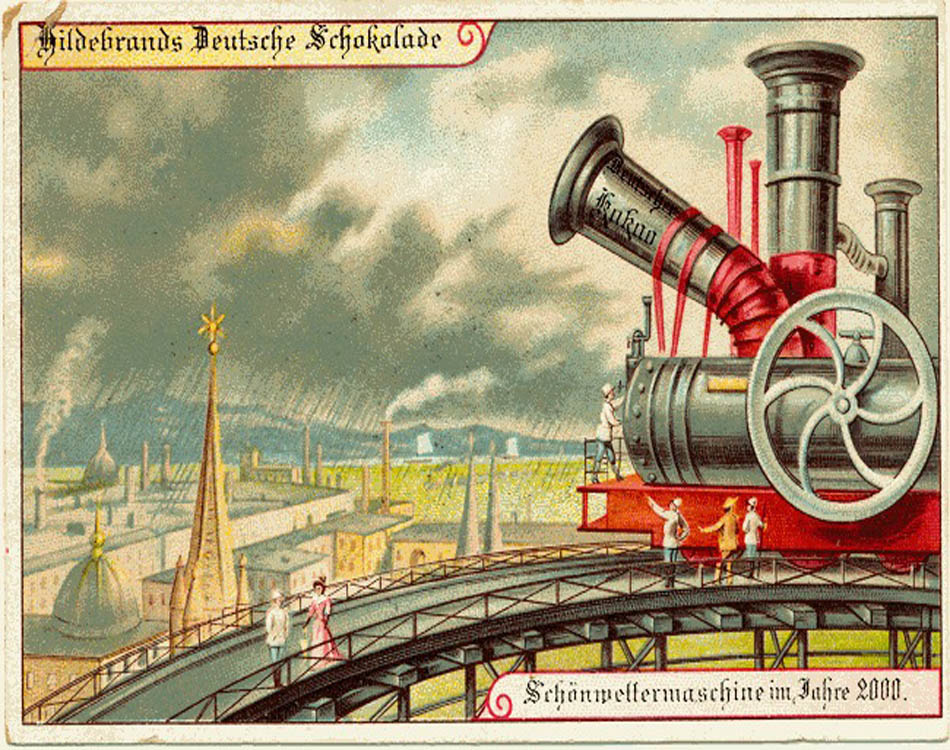 Rainy day? Imagine being able to point this weather control station at the sky, pressing a button and voila! Sunny day up ahead!

So, it says that human beings are ever craving evolution and advancement and it makes us the superior specie. As humans, they have the ability to create.