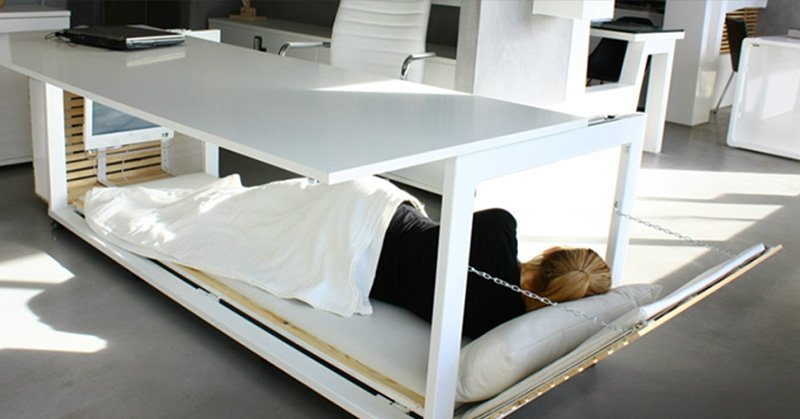 Still, you need to awake and stay alert at work. The best solution is a nap. According to Researchers a short nap during the day will help you boost your alertness even better than long bouts of sleep.

According to a study done in 2015, naps strengthen the immune system by reversing the effects of sleep deprivation. There are no side-effects in naps, they are highly refreshing, and won’t interfere with your night sleep.

According to the New York Times:

“In a study published in Nature Neuroscience, researchers tested subjects on their perceptual performance four times throughout the day. Performance deteriorated with each test, but subjects who took a 30-minute nap between tests stopped the deterioration in performance, and those who took a 60-minute nap even reversed it.

“Naps had the same magnitude of benefits as full nights of sleep if they had a specific quality of nap,” said Sara Mednick, a co-author of the study and associate professor of psychology at the University of California, Riverside.

Dr. Mednick, a sleep researcher and the author of “Take a Nap! Change Your Life,” said daytime napping can have many of the benefits of overnight sleep, and different types of naps offer specific benefits.”

Nancy Leivaditou, a Greek designer, of Studio NL, found an ingenious solution. It is a multipurpose desk that can morph into a bed on activation. This is called 1.6 S.M. of Life Desk and 2 meters long and 0.8 meters wide.

Its upper layer consists of a sturdy piece of lacquered wood, and a mattress hinged up on one side. The head and feet are boarded up by plywood, which can be reclined. You only have to slide the top board backward from the sitting position and push back the mattress, and then you can have the nap.

If you just need a small break without taking a nap it also has a built-in TV. This is excellent for the home space, and this can be available for retail soon. But remember to set the alarm before turning in, as it is so comfortable that you can end up in sleeping longer than planned.