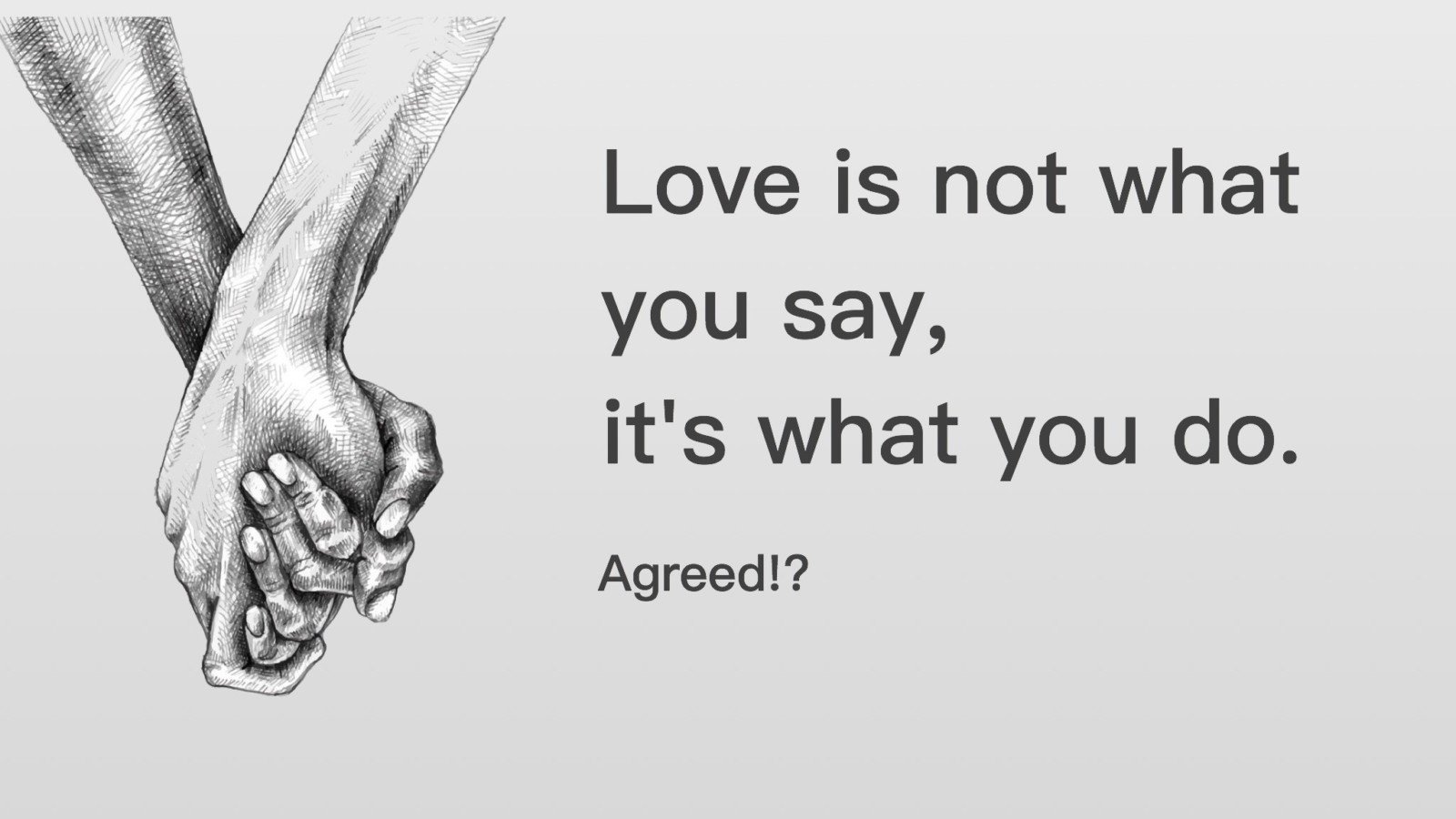 Men and women always think differently. So, here are 7 common sets of behavior that directly show that he is in love with you even if he doesn’t say it.

Love is not always what you say; it is in what you do. It’s really easy to say “I love you”, but true love is showed in action.

7 Signs He Is In Love With You:

He Isn’t Afraid To Make Sacrifices For You

It’s easier to sacrifices when it’s for someone we truly care about. It needs selflessness, maturity and most of all love. If you don’t have a balance of mutual sacrifice, one party always left unhappy.

If their lady been unhappy, men who are in true love feel tremendous discomfort and if there’s something they can do, they truly will. Sometimes they will go beyond above to make things happen, just to keep you happy.

If a man do sacrifices on behalf of your happiness, that’s one way of telling “I love you”, rather than actually saying it.

He Listens To You

According to the studies women are better at listening than men. If a man hears what you are saying and actively pays attention and responds and have the active listening skill, don’t worry, you can have the confidence that he truly cares.

And also, if he acts on your conversations, he’s smitten.

He Shows His Vulnerability

If there’s any behavior that can be perceived by others as weakness men are generally cautious. They think that they need to keep the perfect facade of strength.

A man begins to let his guard down when he is in love. He feels really comfortable and starts to show his real feelings. Vulnerability takes time if he’s shown even an ounce, he believes you enough to let down his guard around you.

He Loves You Look On Your “Worst Days”

Most of the people try into looking their very best during those early dates. We have to look good and feel good when we are meeting up a potential life partner.

But, when we are in the relationship we spend more time with each other and comfort levels build and our need to impress diminishes sharply. We become free to wander without makeup or messy hair.

The main point is when a man loves a woman; he thinks that she’s the most beautiful no matter what she looks like.

So, if he tells that “You’re beautiful” even though you feel like a mess, believe that is his way of expressing his love.

He’s Proud Of You

A man is bragging about you when he truly loves you. He’s not shy to say how proud he is about you.

When you’re a fantastic mother, a hard worker, or achieving your goals, he always notices everything about you. So, when he‘s proud of you, that’s a way he says “I love you.

He Sticks Up For You

This fact is a very important one. First of all, if he doesn’t stick up for you, it doesn’t mean that he doesn’t love you. Most of the time, drama and contentions can come out with a family member or a close friend.

Most of men like avoiding contentions and if he defends you, that’s a way he’s saying “I love you.”

He Treats Your Family And Friends With Respect

In any relationship, a man should give his respect to your family and friends. He treats you and respects you and he needs to treat them also with the same care.

Even though he doesn’t like each and every person in your family and your friends, he’ll keep that into himself as he knows how much they mean to you. Creating a good report with your family and friends is a way of expressing his love to you, without saying it.

You should remember to appreciate little things that he does and understand that they are acts of love. He may not say “I love you” as you say, but his way of showing love is biologically different than yours.

So, how many of these behaviors does your man shows you?